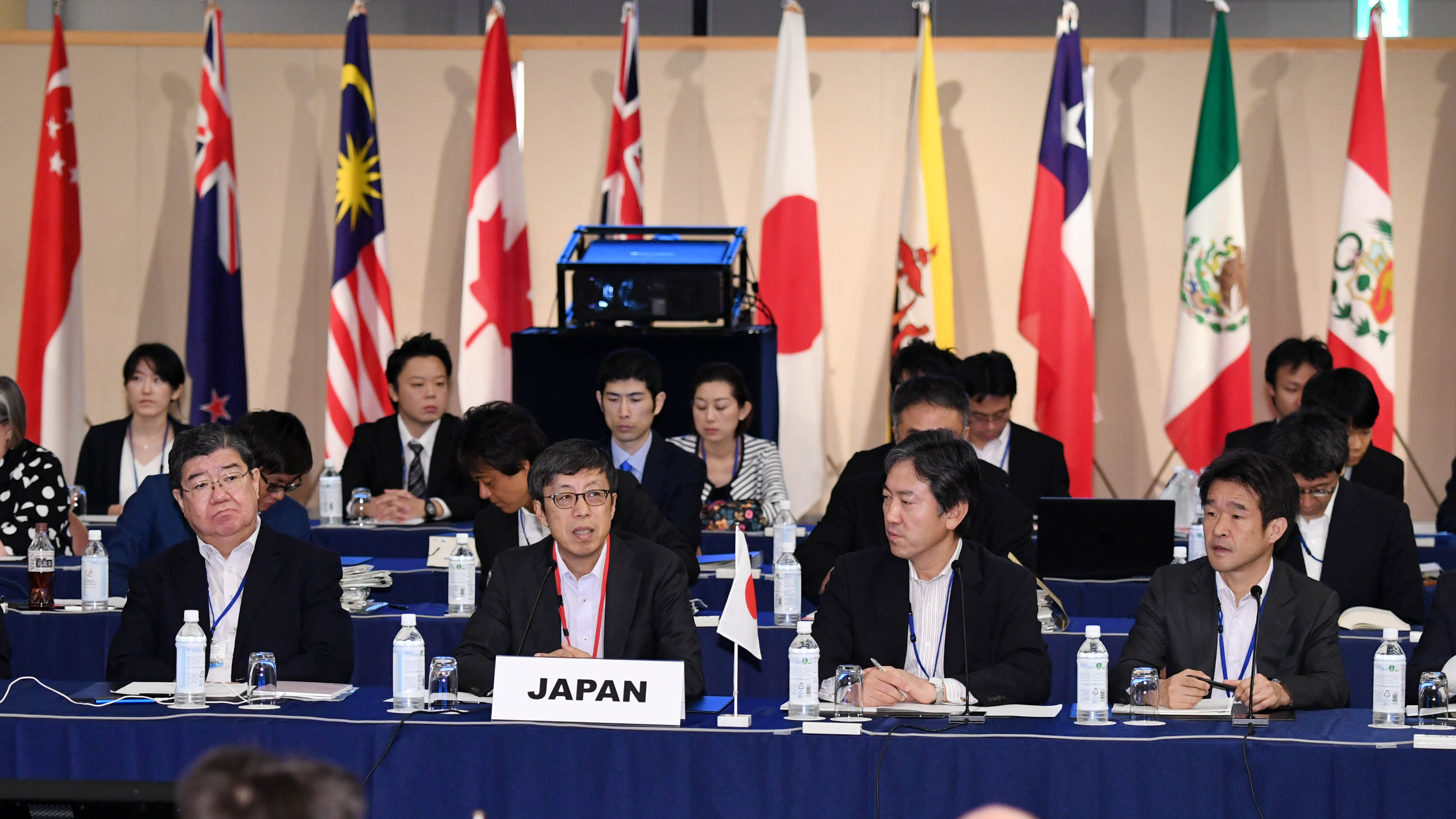 TOKYO -- Members of the Comprehensive and Progressive Agreement for Trans-Pacific Partnership, or TPP 11, are eager to kick off the ambitious trade pact without the U.S., according to the head of the Asia-Pacific Economic Cooperation.

"TPP [11] is happening; the economies involved have agreed, and it is starting," Alan Bollard, APEC Secretariat executive director, told the Nikkei Asian Review in a recent interview. "All the counties want to see TPP [11], as it is, starting."

Bollard, who was visiting Tokyo for a meeting of business leaders from APEC members, warned that a U.S. re-entry could slow the momentum of TPP. "If the U.S. or another entrant joined, they might want to renegotiate some of the suspended clauses. But they would have to get consent from all counties, and that would be complex."

He added that a U.S. re-entry is possible "in some years," but "everybody is focused on getting TPP [11], as it is, operating." Bollard oversees the APEC meetings, a key event for discussing trade frameworks.

The remarks are an indication of growing doubts over President Donald Trump's trade policy. As recently as last week, Trump said the U.S. might consider rejoining the trade pact if it was "substantially better than the deal offered to [former President] Obama." But after meetings with Japanese Prime Minister Shinzo Abe, he declared on Thursday: "I don't want to go back into TPP." He would "prefer a bilateral deal," he said. Bollard said Trump is sending "contradictory signals" on TPP, noting that bilateral trade agreements are "a slow and complex way to advance trade in the region."

The original TPP was agreed by 12 countries, including Japan and the U.S., in 2015. It was thrown into uncertainty after Trump announced the withdrawal of the U.S. shortly after taking over the presidency. During the APEC summit at Vietnam in November, the remaining 11 countries agreed to modify the content of the TPP, with the aim of enforcing it in 2019.

While the economic impact of the TPP 11 is much smaller without the U.S., Bollard said the pact is "still attractive," with the involvement of Japan.

Established in 1989, APEC is a forum that promotes free trade. It currently comprises 21 members, including the U.S., China, Russia and Japan, which account for half of global trade and around 60% of global GDP. The TPP will pave the way to its broader ambition of creating a free trade zone across the Asia Pacific region, dubbed the FTAAP.

Bollard admitted that "we're nowhere near getting a negotiation for FTAAP in the near term." Still, he stressed that the "broad tenets of APEC are absolutely still there," despite the uncertainty surrounding U.S. trade policy.