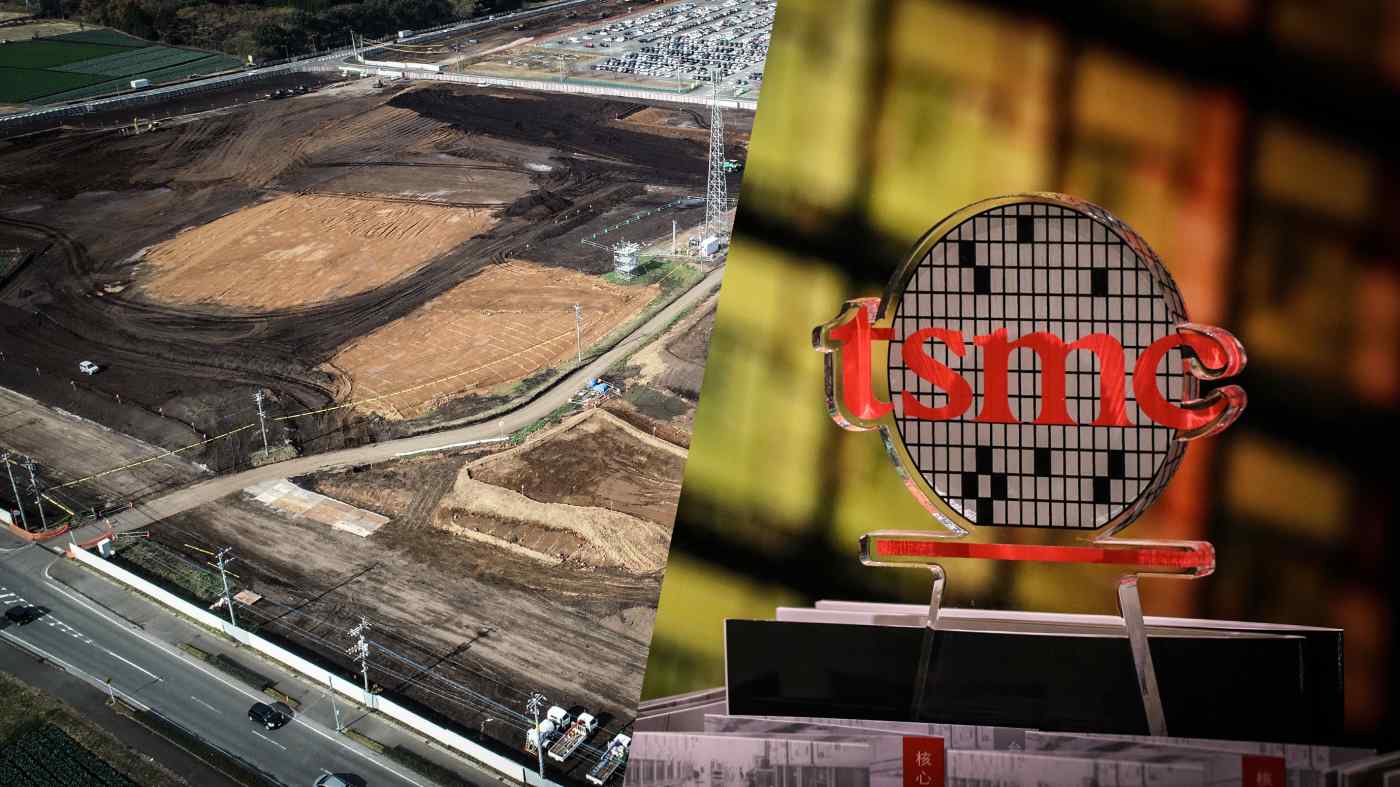 About 1,700 people are expected to work at a new plant being built by Taiwan Semiconductor Manufacturing in the town of Kikuyo in southwestern Japan, pictured in June. (Photos by Shinya Sawai)
KOSUKE KONDO and JUNYA HISANAGA, Nikkei staff writersJune 29, 2022 11:45 JST | Japan
CopyCopied

KUMAMOTO, Japan-- Japan's rural areas have suffered the brunt of a declining population, but one small town in the Kyushu region set for revitalization with the construction of a new Taiwan Semiconductor Manufacturing Co. (TSMC) plant could set the example for change.

The world's largest semiconductor manufacturer TSMC has set its sights on the town of Kikuyo in Kumamoto prefecture. This has led other businesses to reconsider their plans there.