Industry titan warns that nationalism is a challenge for small economies 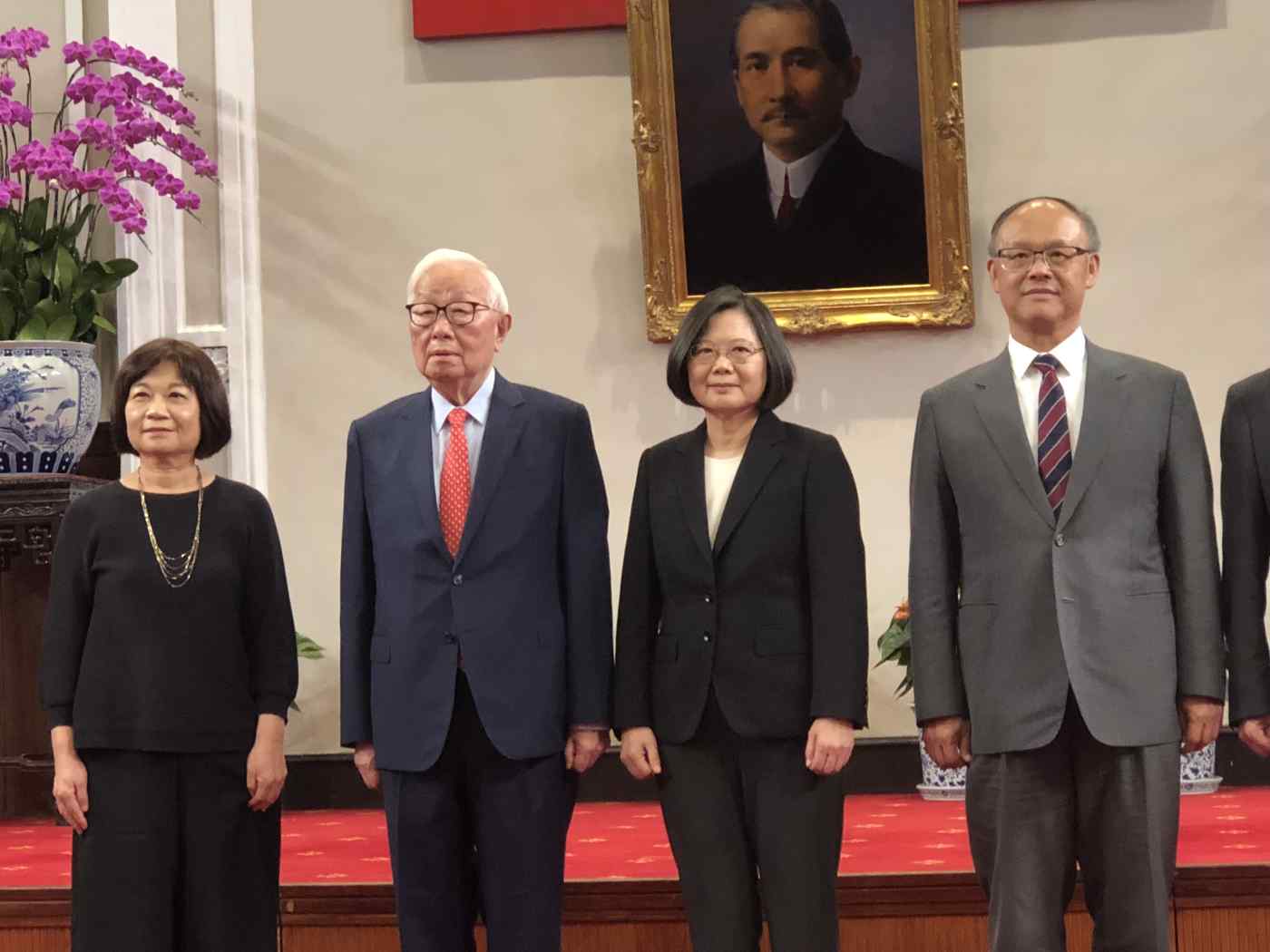 "TSMC founder Morris Chang will represent me at the APEC leaders' summit this year," Tsai said in a press conference at the Presidential Office. "Mr. Chang is the consensus of Taiwan. He is the best choice. Everyone will highly approve his participation."

The island joined APEC in 1991, but due to China's objections, presidents of Taiwan have not been able to attend the annual summits, having to send a representative instead. Taiwan's special envoys to APEC summits over the years were mostly former vice presidents, economic officials or leaders of industry. The annual summit is one of the most important international events for Taiwan to engage in regional economic affairs and interact with world leaders and representatives.

Whether Chang will meet Chinese President Xi Jinping at the event remains to be seen.

"I am accepting the mission entrusted to me by the president to initiate talks with world leaders and representatives," Chang said at the press conference.

Chang served as special envoy to the APEC leaders' summit back in 2006 during then-President Chen Shui-bian's second term. The 87-year-old revered industry veteran retired from TSMC this June.

"Some large companies are bringing home manufacturing, and some are calling for governments to put national interests first. Smaller economies like Taiwan are facing huge challenges to thrive in the global environment of nationalism," the industry titan warned. He said he will exchange opinions on this issue with other participants at the APEC summit.

The Presidential Office made the decision amid tense relations between Beijing and Taipei, which have deteriorated since Tsai, of the pro-independence Democratic Progressive Party, was elected in 2016. The two sides have suspended talks since then and Beijing believes Tsai wants formal independence for Taiwan, which is a red line for China.

Tsai sent People First Party Chairman James Soong as Taiwan's special envoy to APEC for the last two years. But Soong in March publicly said he had told the Presidential Office he was not interested in attending the summit again this year.

The appointment of Chang as representative to the APEC summit serves the Tsai administration well. The legendary businessman is highly respected worldwide, including in China, and his words carry weight in the industry. TSMC, which Chang founded in 1987, commands a 56% share in the global foundry business which makes chips for other companies. TSMC has 465 customers globally. Apple, Qualcomm, Nvidia, AMD, Broadcom, NXP Semiconductors, MediaTek and Huawei Technologies' chip arm Hisilicon Technologies all rely on TSMC's cutting-edge manufacturing capabilities to make advanced chips.

The chip industry titan's participation in this year's APEC summit also comes amid escalating trade tensions between the U.S. and China. Besides the tit-for-tat tariffs imposed by the world's two largest economies, U.S. President Donald Trump's administration is mulling whether to put export controls on advanced semiconductor equipment and materials to restrain the development of China's chip industry -- which is part of Beijing's "Made in China 2025" ambition.

This year's APEC summit will be hosted by Papua New Guinea from Nov. 12-18, with the leaders' meetings taking place on Nov. 17 and 18.