TAIPEI -- Taiwan plans to officially ask Japan to endorse its membership in the Trans-Pacific Partnership, as it hopes to arrange a meeting between its special envoy Morris Chang and Japanese Prime Minister Shinzo Abe on the sidelines of a regional summit to be held in Papua New Guinea mid-November.

Chang is a close adviser to Taiwanese President Tsai Ing-wen and the government hopes he will be able to lobby Abe during the Asia-Pacific Economic Cooperation summit. Chang is founder and former chairman of Taiwan Semiconductor Manufacturing Co., the world's largest contract chipmaker.

"We will very likely arrange a meeting between Morris Chang and Japan's prime minister during the APEC trip ahead as we are really keen to utilize every chance to voice Taiwan's determination to join the TPP," said Taiwan National Development Council Minister Chen Mei-Ling, in an interview with the Nikkei Asia Review.

The meeting, if it materializes, will mark the first time for Taiwan's high-profile leader to formally request for a place at the TPP table to head of Japanese government who led the trade bloc. Taiwan has long harbored hopes of joining the pact and has voiced its interest many times in the past.

China is the self-governed island's biggest obstacle to TPP membership. Beijing forbids Taiwan from engaging with other nations as it claims sovereignty over the island. It has threatened the use of force to bring Taiwan under its control and denounces countries that voice support for the island. Relations between China and Taiwan deteriorated significantly after Tsai and her pro-independence party took office in 2016.

"It won't be a surprise that China will use all kinds of means to pressure Taiwan and the [international community] to isolate Taiwan," Chen said in the interview. 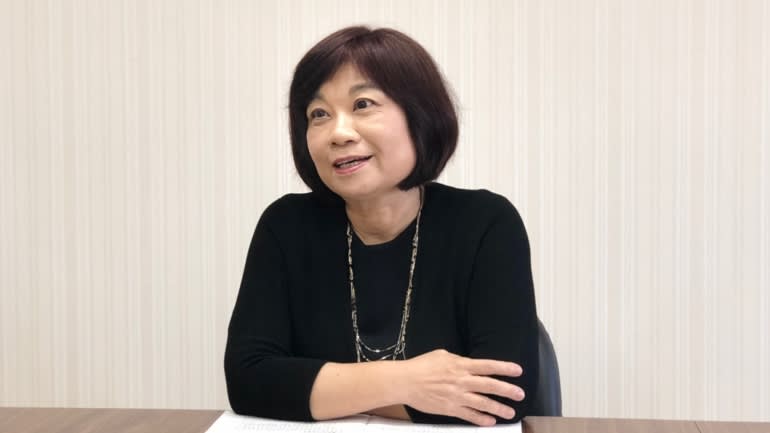 Taiwan's formal request to join the TPP just before the pact takes effect at the end of this year underscores the Tsai administration's continuous effort to prevent itself from being marginalized internationally.

But Taiwan's move puts Japan in an awkward position. Tokyo has said it welcomes Taipei's bid to join the TPP, but some officials are concerned that its participation could strain Japan's relations with China, which have only just begun improving after years of bitterness.

The trade bloc -- which will impact around 500 million people and 13% of global gross domestic product -- hopes to facilitate the free flow of goods and services as well as protect intellectual property. The deal's backers consider it the most significant trade agreement in decades that also counters rising protectionism.

Thailand, the U.K. and South Korea have all expressed an interest to join the Japan-led bloc. Even Trump is mulling rejoining the group.

Gordon Sun, an economist at Taiwan Institute of Economic Research, said that Taiwan needs to join such a free trade agreement to stay competitive but recognizes that China's resistance would make Taiwan's TPP entry challenging.

"China's economic influence is huge and it likely would press the current member countries to vote against Taiwan's application even if the world's second largest economy is not in this bloc," said Sun. "Even Japan might not want to ruin its relationship with China."

As for U.S.-China relations, the minister said tensions could last for a long time. "The conflicts are not only about trade issues but about technology and others... and we think many countries in Asia and Europe are also concerned about the same issue too," Chen said.

"The current Washington-Beijing trade conflict has prompted most of the countries out there to reposition China... Taiwan will use every chance that could be favorable to us in the rapidly changing environment," she said.

The minister added that there are "more than 40" Taiwanese companies that said they are willing to move production from China back to the island and the government is helping them while many others are planning to relocate manufacturing to Indonesia, Vietnam and India.