Meeting YouTube celebrities is one of the unconventional approaches 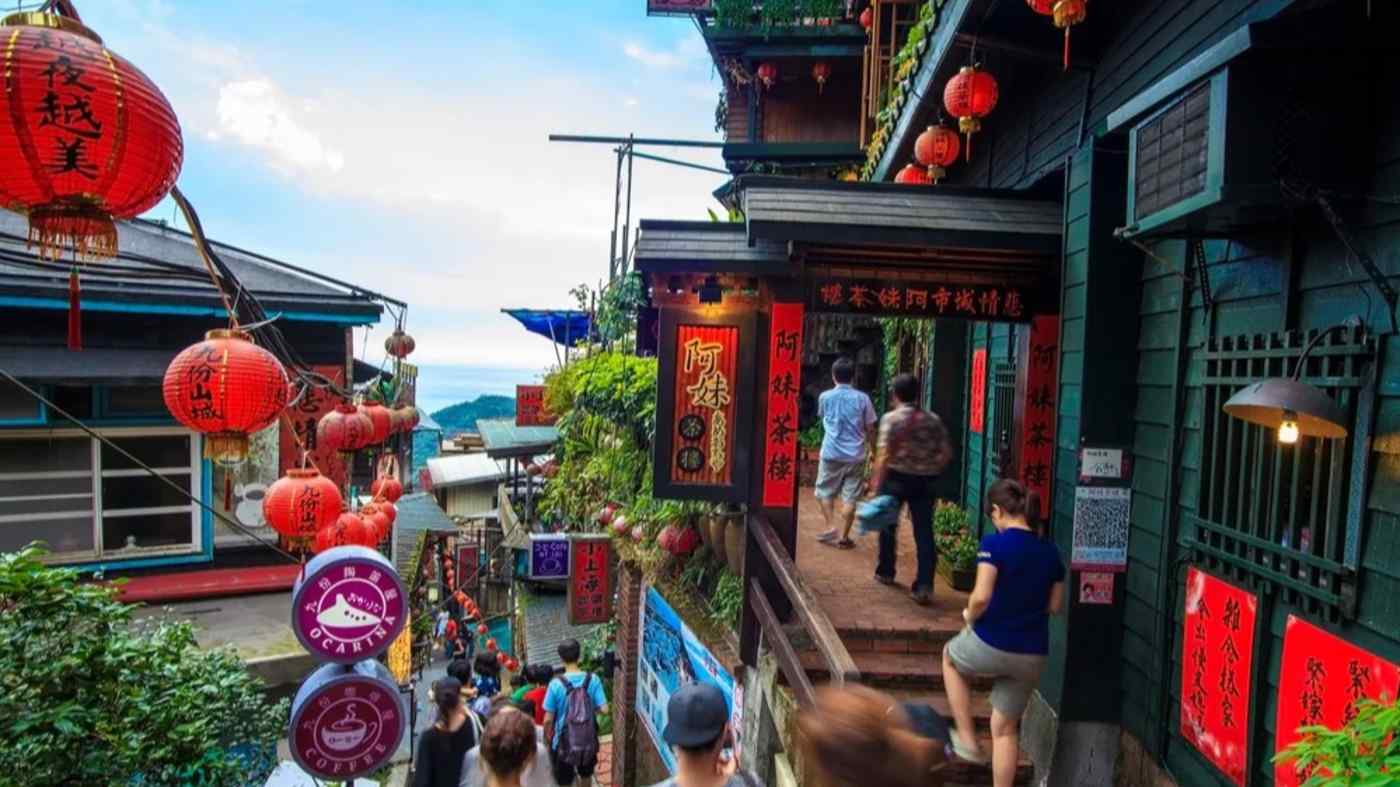 The mountain town of Jiufen, about an hour's drive from Taipei, is thought by some to be the inspiration for the film "Spirited Away." (Photo courtesy of the Taiwan Tourism Bureau)
KENSAKU IHARA, Nikkei staff writerSeptember 30, 2019 20:05 JST | Taiwan
CopyCopied

TAIPEI -- As Taiwan's tourist traffic from mainland China plummets ahead of the island's leadership race, President Tsai Ing-wen has turned to YouTube and other unconventional approaches to draw visitors from Japan and elsewhere.

The Taiwanese leader starred in a video in August with YouTube performers Sanyuan Japan, whom she welcomed into her official residence with traditional Taiwanese cuisine and tapioca milk tea.

Despite Tsai's straight-laced image, she was shown cracking jokes and introducing herself in Japanese. The video was shared on her official Facebook page and has garnered over 200,000 views.

Visitors from the mainland tend to decline before Taiwan's presidential elections, held every four years. But Taiwanese media report that all Chinese travel to the island could cease ahead of the next vote in January.

Jiufen, once a tiny village of just nine families, has become one of Taiwan's top tourist destinations as fans of Japanese animation legend Hayao Miyazaki's "Spirited Away" flock to the town they believe was the inspiration for the film.

Yet a walk through Jiufen's tea houses and lantern-lined streets in September revealed anxieties over the town's future.

"Today, I've only had two customers from the mainland," the owner of a souvenir shop said. "They used to come nonstop all day until August, but they've suddenly disappeared."

The 43-year-old used to sell about 100 ice pops a day featuring fruit from eastern Taiwan. "I now have a quarter of the sales," the merchant said.

Under Tsai's predecessor, Ma Ying-jeou of the more Beijing-friendly Kuomintang, Taiwan gradually opened to tourists from the mainland. More than 3 million came to Taiwan in 2014 and in 2015, accounting for over 40% of all visitor traffic.

But mainland visitors began to decrease after Tsai, of Taiwan's independence-leaning Democratic Progressive Party, took office in 2016. Amid cooling ties, Beijing has put a blanket ban on individual travel to Taiwan.

"Group tours have also plunged," said a worker at a tea house in Jiufen.

The number of Japanese tourists to Taiwan has nearly doubled in a decade to 1.96 million in 2018.

But while visitors from Japan and South Korea are on the rise, they have not filled the hole left by the mainlanders, the tea house worker said.

The government will offer a subsidy of up to NT$70,000 for group tours of 15 people or more, as well as NT$1,000 for individual travelers to use at hotels. It also is distributing coupons for use at night markets and waiving admission fees at tourist spots.

In the meantime, foreign tourists seem to enjoy the lack of big crowds.

"The last time I was here, it was hard to take in the experience because it was so full of mainland tourists," a 26-year-old Japanese visitor to Jiufen said. "It's less chaotic this time around."