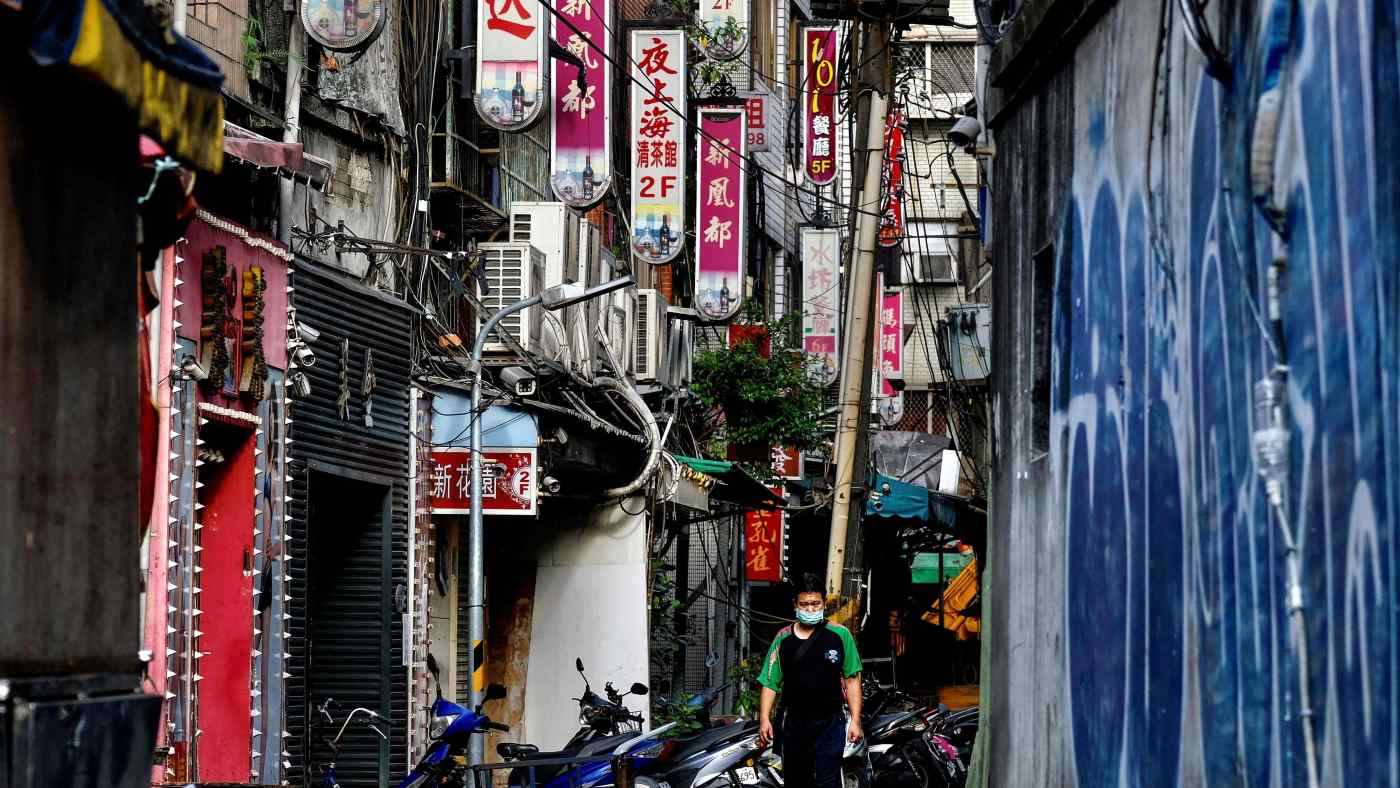 TAIPEI -- Taiwan revised up its gross domestic product growth for the first quarter to 8.92% from a year earlier, after an initial reading of 8.16% in April.

With the island notching its fastest expansion in a decade, the government raised its full-year forecast to 5.46% despite a surge in COVID-19 infections forcing it to implement movement restrictions.

Taiwan so far has had more than 8,000 confirmed cases since May 11, with the death toll rising to 187 as of Friday.

Taipei City and New Taipei City, the key economic hub of Taiwan, were issued COVID warning level 3 -- one step away from lockdown on May 15 and the government expanded the warning nationwide a few days later.

Health Minister Chen Shih-chung on Friday said the government currently does not plan to scale back the nationwide warning level on June 14 as previously planned, after reporting another 472 cases today.

Schools across Taiwan are closed at least until June 14, while parks, sports centers, and karaoke bars are also closed. Restaurants and bars are only open for take-outs or deliveries, and department stores have shortened business hours. Businesses, especially in the manufacturing sector, remain open but are people urged by the government to go out as little as possible.

The Taiwanese government on Thursday approved a financial aids of 260 billion New Taiwan dollars ($9.4 billion) to help small- and medium-sized enterprises and workers to overcome the disruption to business.

The local outbreak will surely and immediately affect domestic spending, and it is likely that Taiwan will see a decline in private consumption in this quarter, Ma Tieying, an economist of DBS bank, said in a research note.

"Taiwan is facing its biggest COVID-19 outbreak since the start of the pandemic last year. Uncertainties are high... Consumption and services sectors are likely to take a hard hit in the second quarter," Ma said in the note.