Taiwan's Tsai charts a new course for relations with China 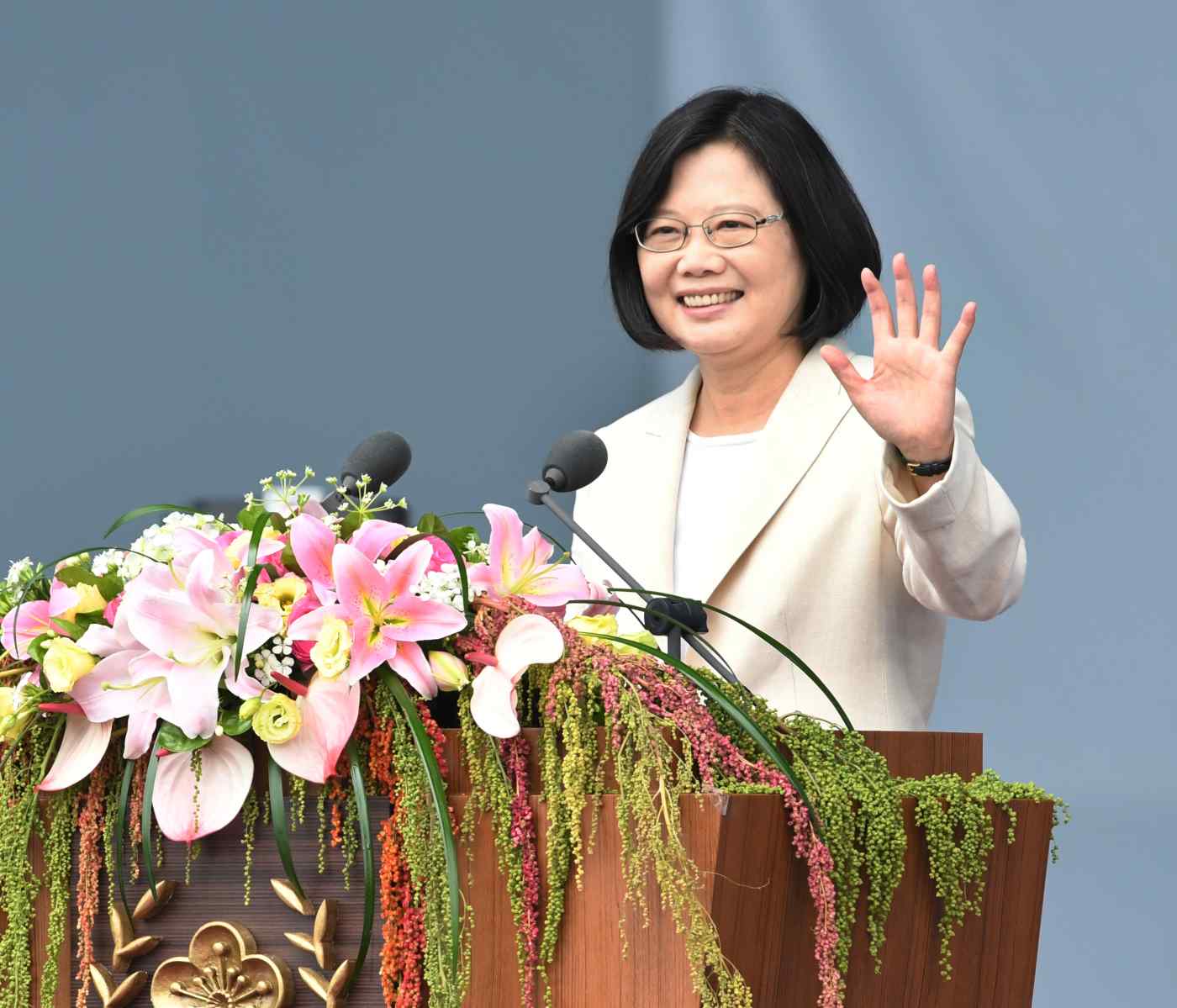 TAIPEI China and Taiwan may be in for a period of chilly relations after Taiwan's new president, Tsai Ing-wen, took office on May 20.

In her inaugural address, Tsai, 59, said she will strive to maintain peace and stability across the Taiwan Strait. However, she avoided bowing to China's demand that she recognize a controversial doctrine that Beijing sees as the island's commitment to eventual unification.

The statements by Taiwan's first female leader reflected a dominant view among its people: While they do not wish for major conflict with China, few want a political union with their communist neighbor.

"I was elected president in accordance with the Constitution of the Republic of China," Tsai said, referring to Taiwan by its formal name. "It is my responsibility to safeguard [its] sovereignty and territory."

The two sides split in 1949 amid the Chinese Civil War, but Beijing continues to regard the island as part of its territory and refuses to abandon the option of using force to achieve unification if necessary.

Since Tsai's election on Jan. 16, China has pressured her to recognize the so-called "1992 Consensus," an understanding reached by the Chinese Communist Party and Taiwan's Nationalist government in 1992, which Beijing says represents a mutual agreement that the mainland and the island belong to "One China."

Tsai and her Democratic Progressive Party were elected on promises to protect Taiwan's independence from China while continuing current exchanges with the mainland, and she has been reluctant to endorse the 1992 Consensus. Ahead of the January election, a broad swath of voters expressed discontent with efforts by her Nationalist predecessor, Ma Ying-jeou, to forge closer ties with China as they felt he had allowed Beijing undue influence over Taiwan's politics and economy.

While the new president did not explicitly mention the 1992 Consensus in her speech on May 20, she appeared to make some concessions to Beijing by saying she "respects" the fact that the two sides "arrived at various joint acknowledgments and understandings" in 1992.

She also said her administration will handle China affairs according to Taiwan's constitution and the Act Governing Relations between the People of the Taiwan Area and the Mainland Area, both of which are based on the premise that the island and China belong to the same country. Tsai further called for Beijing to continue to engage in positive dialogue with Taipei.

"Cross-strait relations have become an integral part of building regional peace and collective security," Tsai said. "In this process, Taiwan will be a 'staunch guardian of peace' that actively participates and is never absent. We will work to maintain peace and stability in cross-strait relations."

INTERNATIONAL REACTION Tsai's inauguration was warmly received by Washington, but less so by Beijing.

"We look forward to working with the new administration, as well as with all of Taiwan's political parties and civil society groups, to further strengthen the ties between the people of the United States and Taiwan," the U.S. State Department said in a May 20 statement congratulating the new president.

"[Tsai] was vague toward the fundamental issue of the essence of cross-strait relations, and she failed to recognize the 1992 Consensus and its core belief," an unnamed official at China's Taiwan Affairs Office of the State Council told the official Xinhua News Agency hours after the inauguration address. "She did not come up with concrete solutions to ensure peaceful and steady development of cross-strait relations. This is an uncompleted exam paper."

The official repeated Beijing's longtime opposition to Taiwanese independence, a fundamental value incorporated in the charter of Tsai's party.

On May 21, the Taiwan Affairs Office continued to pressure Tsai to recognize the 1992 Consensus. Ma Xiaoguang, a spokesman for the agency, told reporters that existing communication channels between the office and its Taiwanese counterpart, the Mainland Affairs Council, will only be sustained if Tsai supports the 1992 Consensus.

The Mainland Affairs Council, in return, said it will strive to maintain cross-strait dialogue and communication.

Academics said that while Beijing may be unhappy with Tsai's address, it is unlikely there will be serious clashes in the short term. Shelley Rigger, a political scientist at Davidson College in the U.S. state of North Carolina, said Beijing's plate is quite full with challenges on several fronts, including rows over disputed waters in the South China Sea.

"[Chinese officials] don't want the issue to blow up right now either," Rigger said. "They may growl about, 'This is not good enough,' rather than take a strong, active response."

Yen Chen-shen, a political scientist at Taipei-based National Chengchi University's Institute of International Relations, said that while Beijing may not be entirely satisfied, it should be able to live with Tsai's stance.

"Tsai was essentially talking about the 1992 Consensus when she mentioned the common understandings reached in 1992," Yen said. "She has already made the biggest concessions she could without using the exact wording."

For Tsai not to affirm the principle could lead to a state of chilly peace between the two sides, said Li Yihu, head of Peking University's Center for Taiwan Studies. Beijing and Taipei will likely keep circling one another for the time being, each awaiting the other's next move.

ECONOMY TOP ISSUE Still, Taiwan's sagging economy is the most pressing issue weighing on Tsai. She focused the first part of her address on the economic slump and said she wants to drive innovation and help Taiwan reduce its dependence on the Chinese market.

"Taiwanese people have become more and more converged in their national identity as time and democratization evolves," a close aide to the president told the Nikkei Asian Review. "The Taiwanese public now cares the most about whether the government can do something practical to improve their lives."

Taiwan's trade-dependent economy has been contracting since the third quarter of last year, tumbling into recession. Exports in April fell from a year earlier, marking the 15th consecutive month of declines, the longest slump on record. Total revenue for all listed companies in Taiwan in the first four months of this year fell 5% from a year earlier to 8.51 trillion New Taiwan dollars ($260 billion).

Some economic advisers within Tsai's party think that Taiwan's gross domestic product will fall in 2016. Some within the party also believe the economy will not improve much during her four-year term.

"How to help Taiwan's economy take off again will be Tsai's biggest challenge," said Norman Yin, an academic at National Chengchi University's Department of Money and Banking. Overcoming Taiwan's dependence on exports to China can't be done quickly, he said. "It is very likely that over the next two years, Taiwan's economy will hit rock bottom."

Tsai will need to figure out how to reach compromises with Beijing so that Taiwan can forge free trade agreements with neighboring countries, Yin said. She also has to loosen regulations so that the island can attract more foreign investment and pursue new growth drivers such as financial technology, he said.

"Limited fiscal space will constrain the capacity of the government budget to fund Taiwan's new growth model that is envisioned by Dr. Tsai," Diron said.

"Taiwan will remain vulnerable to negative shocks to confidence related to changes, perceived or real, to Taiwan's relationships with China," Diron added. "Such confidence shocks from periodic increases in tensions could hamper foreign direct investment."