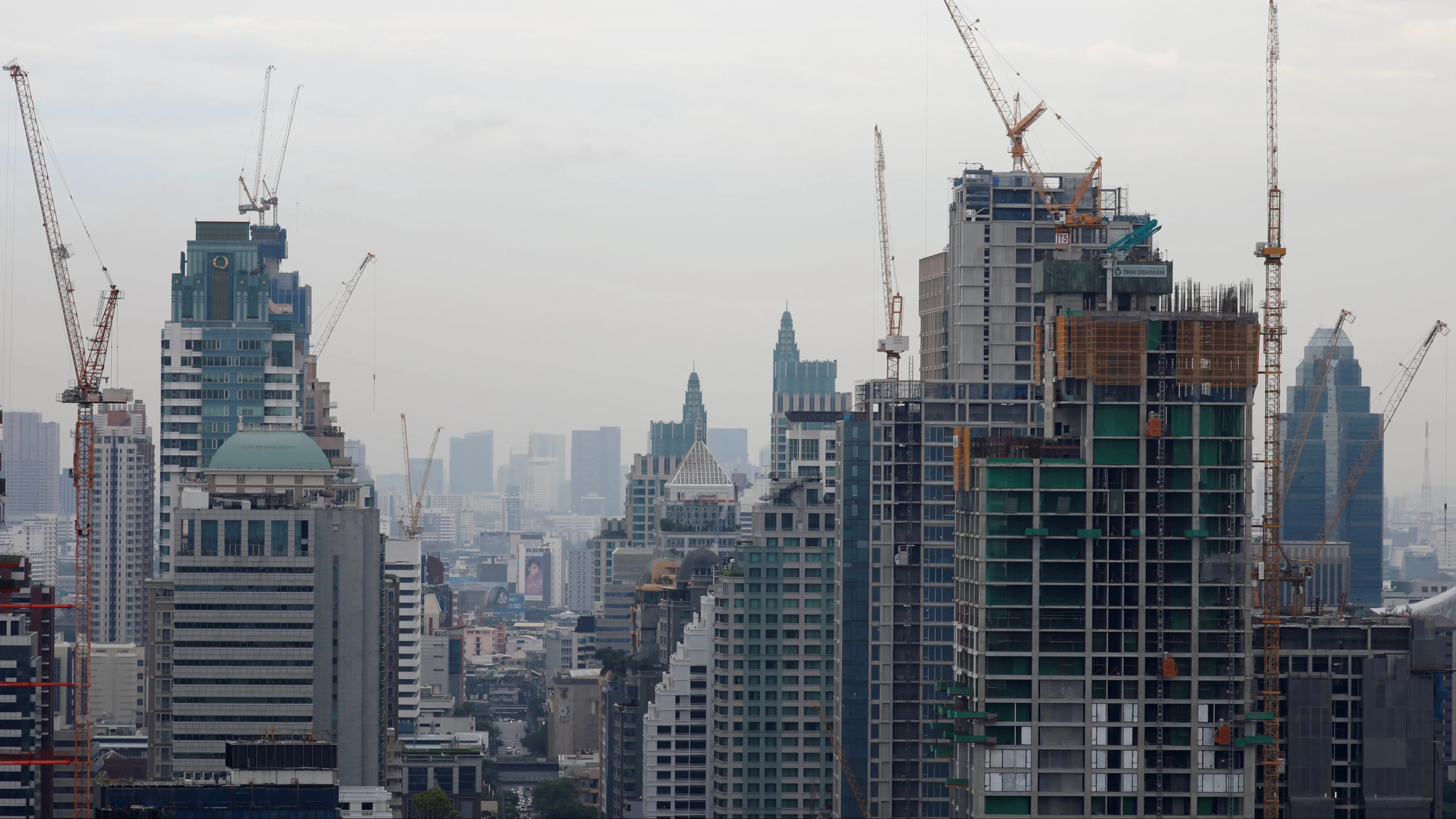 The second-largest economy in Southeast Asia reported its weakest growth rate since a contraction in the third quarter of 2018.   © Reuters
November 18, 2019 12:26 JST | Thailand
CopyCopied

BANGKOK (Reuters) -- Thailand's trade-dependent economy grew at its slowest quarterly rate in a year in the third quarter, official data showed on Monday, leading the government to cut this year's growth estimate once again.

Southeast Asia's second-largest economy expanded 0.1% on a seasonally adjusted basis, the weakest rate since a contraction in the third quarter of 2018, the National Economic and Social Development Council said.

That met the forecast 0.1% growth in a Reuters poll, and compared with the June quarter's revised 0.4% pace.

On an annual basis, gross domestic product (GDP) rose 2.4% in the third quarter, less than the forecast 2.6%. In April-June, growth was just 2.3%, the weakest pace in nearly five years.