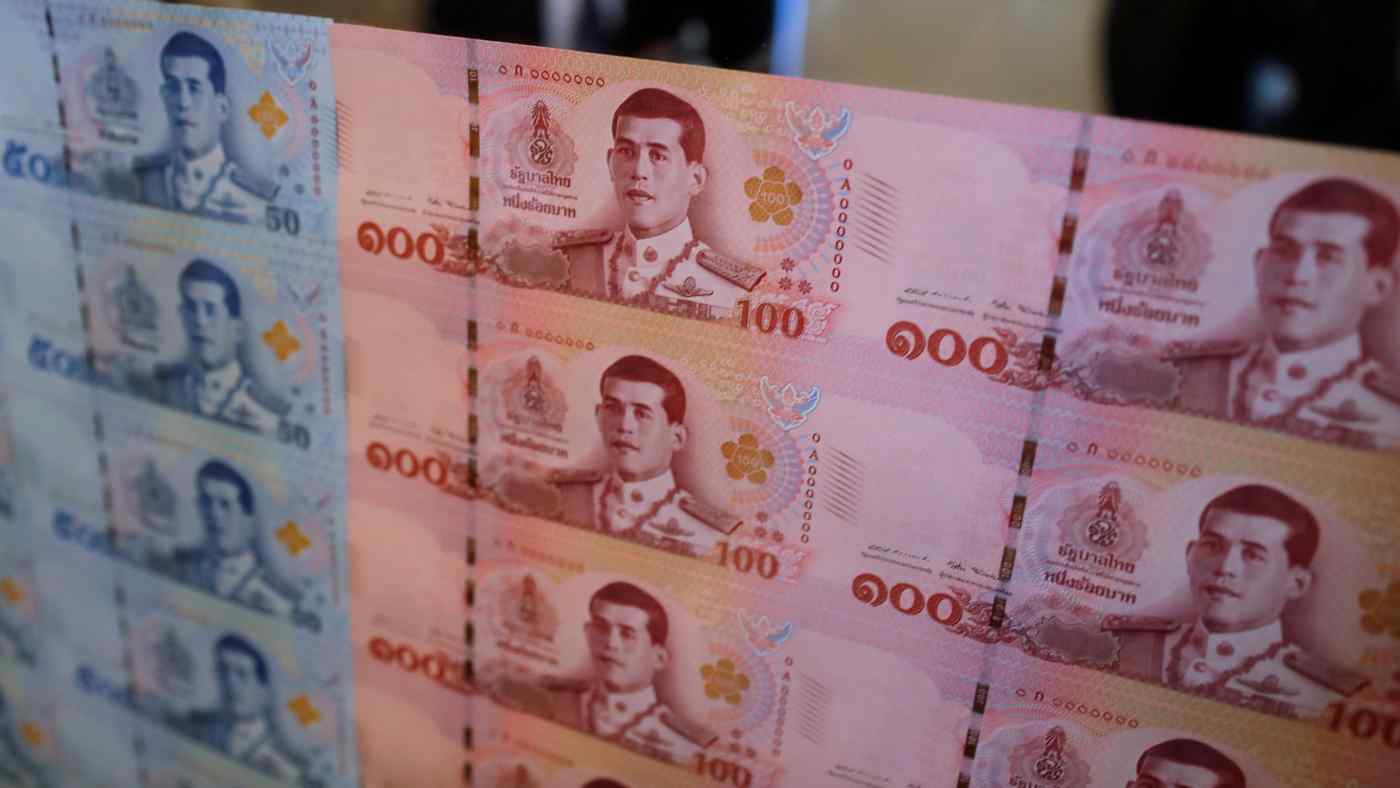 BANGKOK -- The Thai baht surged against the dollar on Thursday, after the U.S. said the kingdom's currency practices needed closer scrutiny, prompting investors to take the view that government efforts to rein in a sustained appreciation of the baht could now be hampered.

The currency rose to 29.81 baht per dollar on Thursday, approaching the seven-year-high of 29.75 recorded on the last day of 2019. Some investors are buying the baht on hopes that the government would now be discouraged from taking measures to cool the monthslong baht rally, a sales trader from a commercial bank told Nikkei Asia.