Thai central bank holds steady amid strife on the streets 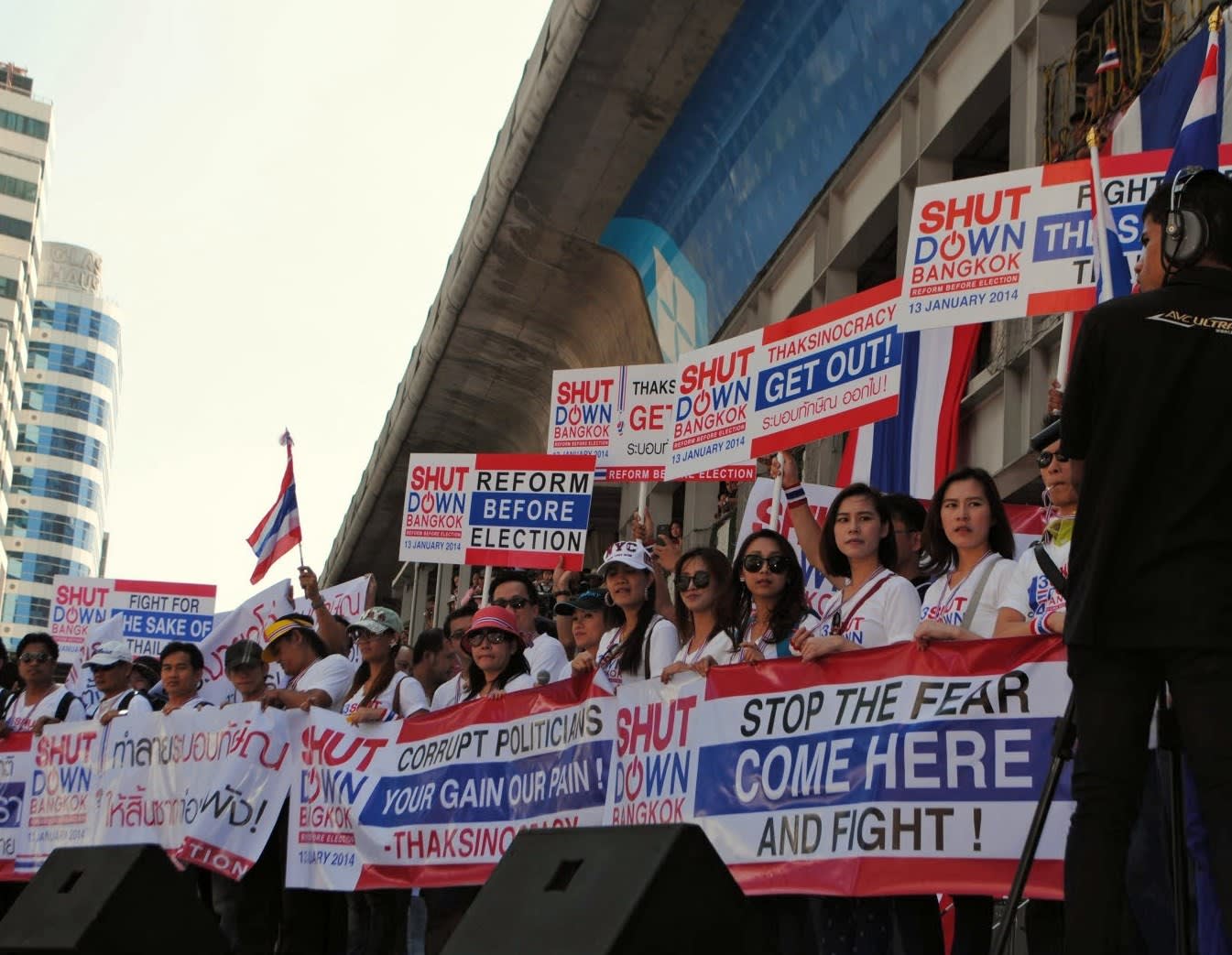 BANGKOK -- The Bank of Thailand is in wait-and-see mode, with the massive anti-government movement in the country showing few signs of reaching a denouement.

The central bank on Wednesday decided to maintain its policy interest rate at 2.25%. The Monetary Policy Committee voted 4-3 to keep the rate unchanged -- a result that seemed to reflect mixed market expectations for what the bank would do. The policy lever in question is the overnight repurchase rate charged to commercial banks for short-term funds.

It has now been about three months since Bangkok's streets were flooded with protesters against the government of Prime Minister Yingluck Shinawatra. The burning question is how big an impact the unrest will have on Thailand's economy. It appears the central bank will hold off on gauging the answer at least until its next policy meeting, scheduled for March.

Experts have diverging views on the Bank of Thailand's approach.

Chai Chirasevenupraphund of Capital Nomura Securities suggested the decision to hold the rate steady may be a sign the committee is underestimating the effects of the political chaos.

But Arpaporn Sawangpak of DBS Vickers Securities (Thailand) said the decision was to be expected, noting the majority of committee members probably concluded a rate cut would be useless given bleak investor and consumer sentiment.

Thailand's stock market apparently took the bank's decision into account in advance. The Stock Exchange of Thailand index closed at 1,290 on Wednesday, down a marginal 0.2% from the previous day. The next day it rebounded 1.4% to 1,308, clearing the 1,300 threshold for the first time in about a month.

While the full consequences remain unclear, the demonstrations are doing the Thai economy no favors.

Protesters on Jan. 13 seized seven major intersections in Bangkok in an effort to "shut down" the capital. Escalating violence -- including shootings and explosions targeted at the protesters -- prompted the government to declare a citywide state of emergency, effective Wednesday.

The situation compounds Thailand's problems with weak domestic demand and exports. It is also crippling one of the nation's biggest industries -- tourism. Travel companies have faced cancellation after cancellation. Occupancy rates at hotels in Bangkok have plunged to around 30%.

Thailand's Ministry of Finance has lowered this year's forecast for gross domestic product growth to 3.1%, down from a 4% projection announced at the end of last year. Still, Bank of Thailand Gov. Prasarn Trairatvorakul maintains the policy rate of 2.25% is appropriate, arguing the country's fundamentals are strong enough to withstand short-term risks from the turmoil.

It is true that Thailand's inflation rate is stable at 1.7%. And the jobless rate is 0.7%, meaning the country is close to full employment. Question is, can the unrest really be considered a short-term risk?

The Thai Chamber of Commerce and Industry estimates demonstrators' blockade of Bangkok causes daily economic losses of 500 million baht ($15.5 million) to 700 million baht. The longer things drag on, the more those losses will snowball.

For comparison's sake, economic losses from a period of unrest four years ago amounted to 145 billion baht. That was when supporters of former Prime Minister Thaksin Shinawatra -- Yingluck's brother -- seized a commercial district of Bangkok. The figure includes fire damage to buildings.

This time, the Shinawatra camp's opponents have occupied a much wider area.