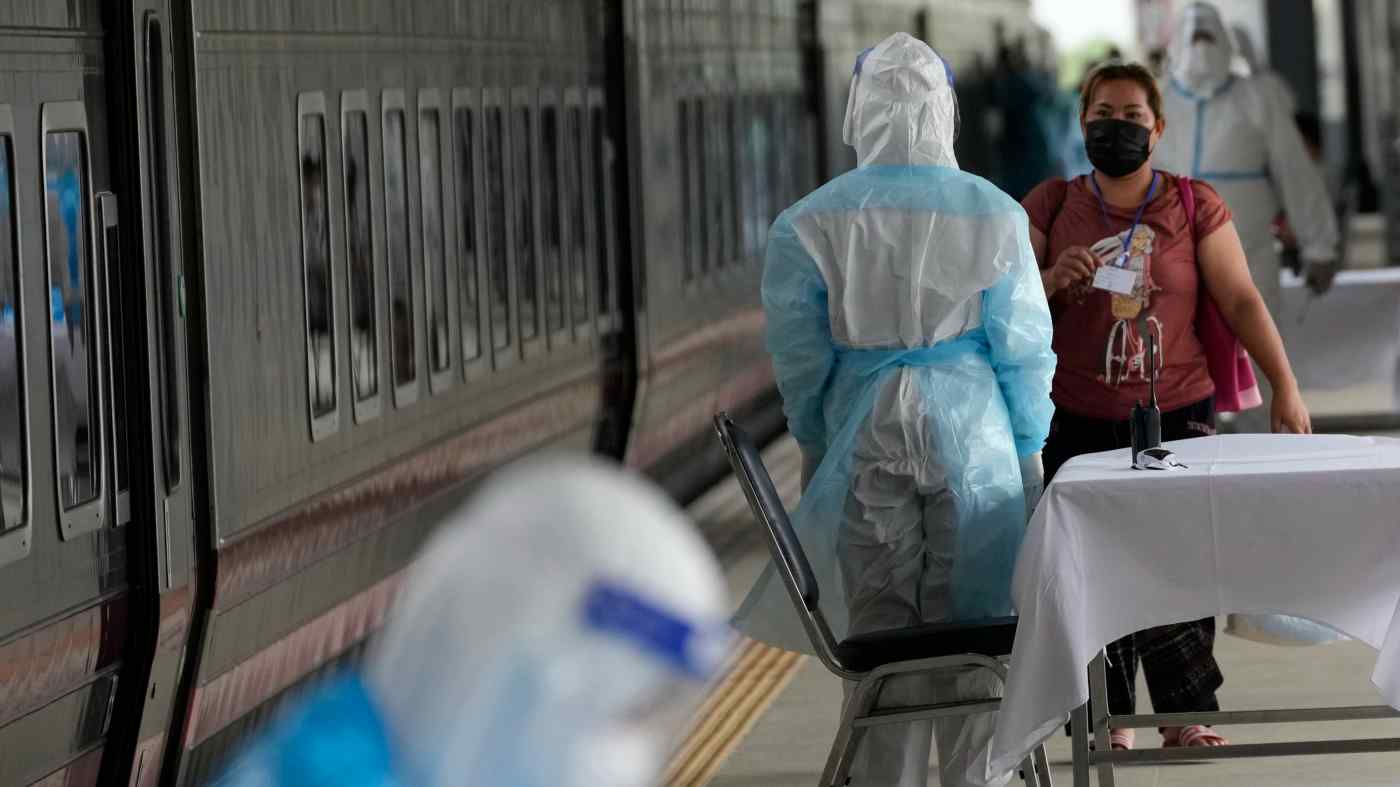 BANGKOK -- The Bank of Thailand lowered its growth forecast for Southeast Asia's second largest economy, as the spread of the delta COVID variant is seen adversely affecting private consumption and tourist inflows.

"The Thai economy was projected to expand 0.7% and 3.7% in 2021 and 2022 respectively," said the central bank's Monetary Policy Committee in its policy statement released on Wednesday.

The rapid spread of the delta strain and its devastating impact has nullified the old forecast. Thailand, for the first time, confirmed more than 20,000 cases in a single day on Wednesday, as 20,200 people contracted the virus and 188 died of it.

Provinces where the virus is spreading rapidly, including Bangkok, have been put under soft business lockdowns and a nighttime curfew. The lockdown measures were to expire on Tuesday, but have now been extended until Aug. 18. The government warned that the measures may remain in place until the end of the month, if the situation does not improve.

Many people chose to stay at home for fear of catching the virus, thereby cutting back on external expenses. International tourists to Southeast Asia, including Thailand, may have also been put off by the outbreaks.

"Downside risks to the economic outlook remained significant from the possibility of the outbreak situation in Thailand and other countries becoming more severe," the bank said. "The committee would closely monitor these risks which would affect private consumption as well as income and employment in addition to impacts on foreign tourist figures," it added.

The bank's revision is in line with its economist's expectations. Chayavadee Chai-anan, senior director at the Bank of Thailand Macroeconomic Department, estimates the delta epidemic would push down gross domestic product by 0.8 percentage points if Thailand could contain it well enough to ease lockdowns mid-August. But if the situation stays bad through the end of the year, GDP growth would fall by 2 percentage points.

The central bank decided to maintain its policy rate at a historical low of 0.50%. But the board has become more inclined toward easing. Among the seven board members, two voted for a rate cut by 0.25 percentage point, while four opted to keep the existing rate. One member was unable to attend the meeting. "The committee would stand ready to use additional appropriate monetary policy tools if necessary," the statement said.

The members had voted unanimously to keep the rate at the previous meeting.

"The two rate-cut votes raised expectations among investors for monetary easing in the future, which is a factor to sell Thai baht," said a trader from an international commercial bank.

The baht fell to the lowest level against the U.S. dollar since April 2, 2020. Thai baht depreciated to 33.12 baht per dollar in the currency market on Wednesday, from 33.02 baht on Tuesday.