BANGKOK -- A convoy of excursion buses came through the gates and parked in a line in front of the Government House building, pouring out a crowd of dark-suited Japanese businessmen, and a few women -- nearly 600 of them.

The largest business delegation Thailand had ever received was heading for a meeting with Prime Minister Prayuth Chan-ocha on Monday to kick-start a three-day trip in the country to seek investment opportunities touted by the Thai government.

"Please believe in us; we are your best friend," Prayuth said in his speech addressing the delegation headed by Hiroshige Seko, the Japanese minister of economy, trade and industry. "Make your investment decisions quickly, as soon as you return to Japan, and bring in innovative technologies that are indispensable in further developing Thailand."

His main focus is on bringing high-tech investment -- such as research and development facilities -- into the Eastern Economic Corridor, a special economic zone with heavy tax incentives, which spans three provinces east of Bangkok, along the coast of the Gulf of Thailand.

While Thailand has developed into one of the leading manufacturing hubs in Southeast Asia, it is now desperate to shift away from labor-intensive industries and build its high-tech and value-added sectors.

Sluggish exports and weak domestic consumption have dented the growth of the manufacturing-based economy. Moreover, its competitiveness is at risk as surrounding countries such as Vietnam, Cambodia and Laos offer cheaper workers. 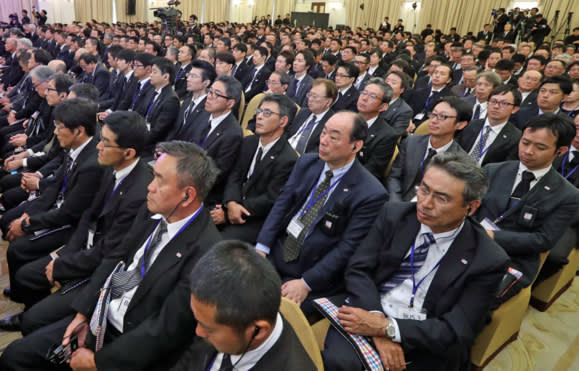 Although foreign direct investment to Thailand has nearly doubled in the past decade, its growth has slowed dramatically in recent years. In 2016, FDI expanded by a mere 2% on the year.

It is natural, then, for the military government to turn to Japan, the biggest investor in Thailand by far, accounting for more than 30% of FDI, to help upgrade its industries.

From the Japanese side, executives from big corporations such as Ajinomoto and trading house Itochu joined the delegation, along with executives from many small and midsize enterprises.

Although no concrete deals were signed during the visit, seven fresh memorandums of understanding were concluded between trade and business entities of the two countries, such as the Japan Business Federation (Keidanren) and the Japan External Trade Organization.

Based on the agreements, more support will be provided to Japanese corporations willing to invest in the EEC. Cooperation in implementing innovative technologies is expected to increase.

"There is a lot that Japan can contribute for Thailand's industrial development," Seko told a press conference on Tuesday. "I hope to see more concrete actions in the future." Jetro Chairman Hiroyuki Ishige, meanwhile, reminded Thailand that it has a lot to do to before winning more investment from Japan.

Speaking at a forum for the delegation on Tuesday, he introduced a Jetro survey in which 30% of Japanese manufacturers operating in Thailand responded that it is difficult to hire engineers.

The ratio is much higher than in rival Asian manufacturing hubs such as China and Indonesia, Ishige said, and suggested that the Thai government provide more support in developing its human resources.

He also added that improvement of infrastructure in the EEC, such as the heavy traffic around the Laem Chabang Port and the vast amount of paperwork at customs, must be addressed too. "Thailand has to show its commitment that it will really change to boost investors' confidence," he said.

Thailand has been calling on other countries to invest in the EEC. China is one of them, as Thailand's location fits that country's One Belt One Road initiative to create a 21st century land and maritime Silk Road.

Lazada Group, Southeast Asia's largest e-commerce operator with investment from China's Alibaba Group, is working with the government in building a logistics center in the area.