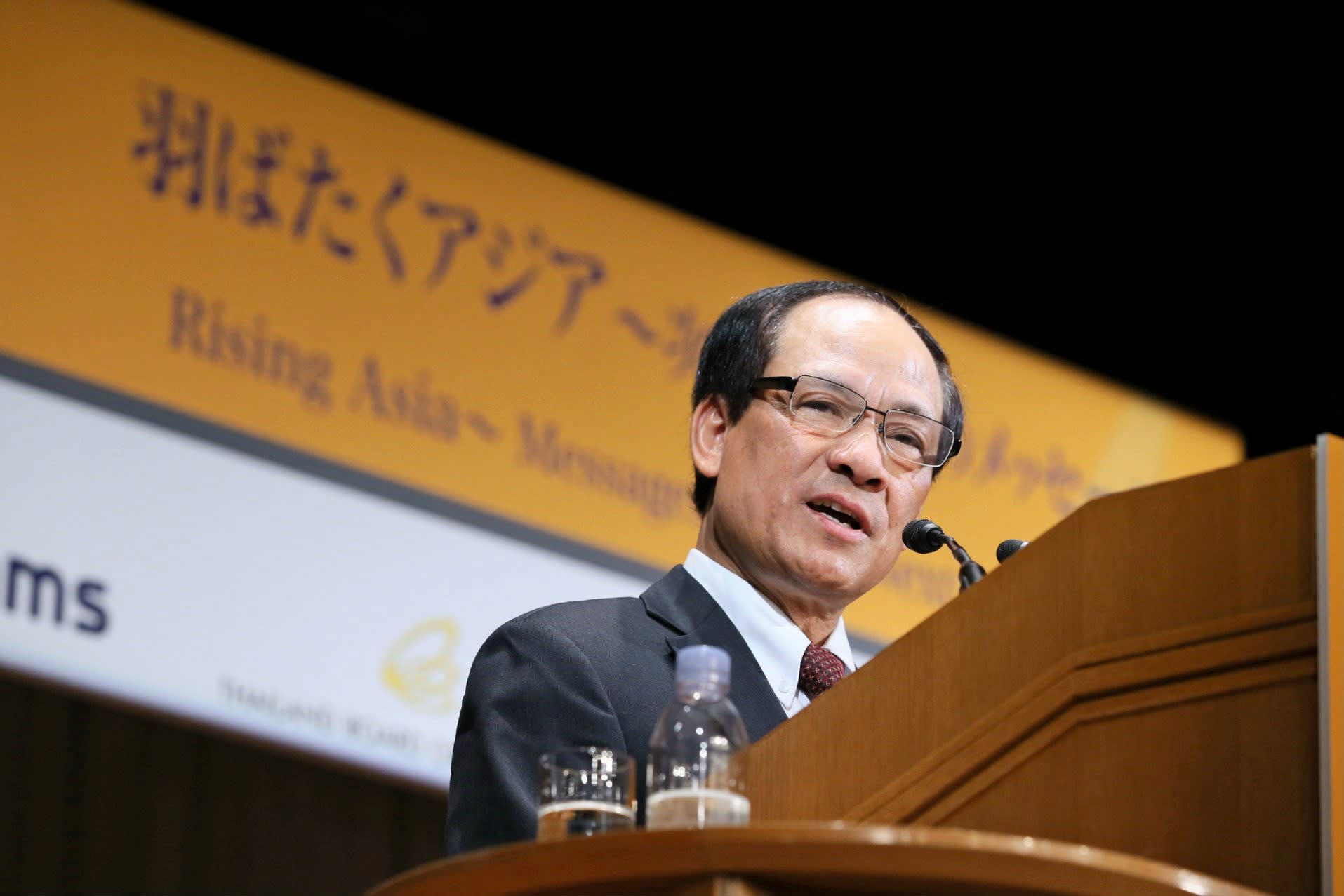 Asean secretary general Le Luong Minh speaks during the International Conference on The Future of Asia in Tokyo on May 23.
May 23, 2014 16:00 JST | ASEAN
CopyCopied

TOKYO -- Le Luong Minh, the secretary general of Asean, said Friday that events unfolding in Thailand are likely to have an impact on regional integration.

"We are in the process of building the Asean Economic Community," Minh said. "Peace and stability is of paramount importance. The absence of peace and stability will affect Asean as a whole. Thailand is one of the biggest countries that is most advanced in the integration process. We hope that Thailand will be able to overcome its difficulties and contribute to the Asean community development."

The Association of Southeast Asian Nations is looking to integrate its economy by the end of 2015. Minh said political differences between the economies in the region could be overcome because of the unified stance all have on developing a better future.

"Asean has become an organization of almost every Southeast Asian country," he said. "It operates on the basis of its charter. Its main feature is unity in diversity. It has different political systems. We are united on stability and prosperity."

In a separate interview with the Nikkei later, Minh said "Asean leaders and Foreign ministers have previously expressed concern for what is happening in Thailand and have called for respect of a democratic process." While saying that Asean respects each country's internal affairs, Asean members have strived to achieve democracy, and he hoped that Thailand would return to normalcy as soon as possible.