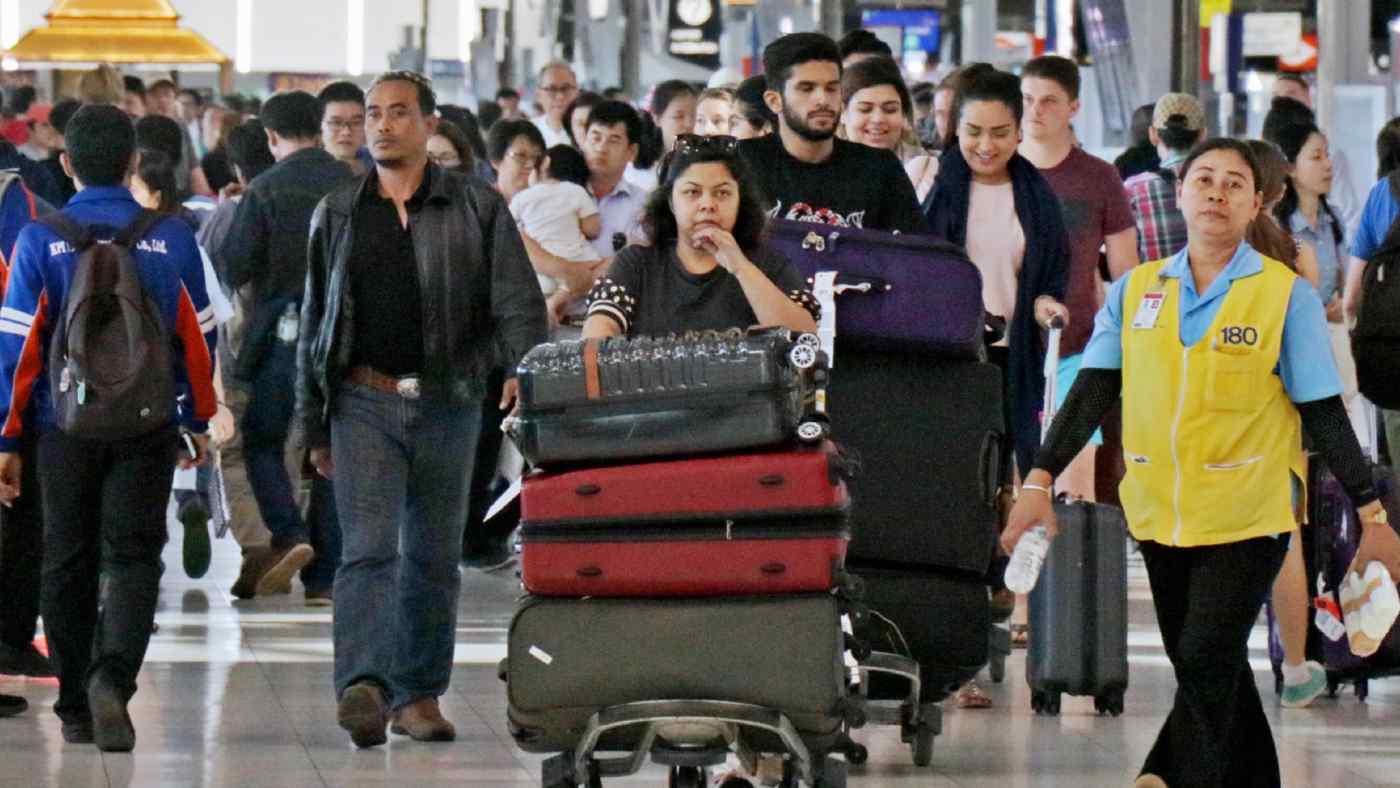 BANGKOK -- The Thai government's move to temporarily eliminate the fee that foreign tourists currently must pay for visas issued on arrival is aimed at reviving the tourism industry.

Thailand has experienced a slowdown in visitors from abroad since July, when a boating accident off the coast of the southern tourist island of Phuket claimed the lives of more than 40 Chinese nationals. Visitors from China, which once accounted for 30% of all tourist traffic, have decreased following the incident.

With the trade friction between China and the U.S. putting its exports under a cloud, Thailand is keen to promote the tourism industry, which accounts for more than 10% of the country's gross domestic product.

Visitors to Thailand from 21 countries and regions, including mainland China, India and Taiwan, must pay a fee of 2,000 baht ($60) on arrival to obtain a tourist visa. The new policy, geared toward these individuals, will be implemented in December and remain in effect through the end of January.

For the three months through September, tourism growth stalled at around 3% year on year.

Thailand's economy has recovered since the 2014 military coup on the twin engines of exports and tourism. But with the trade war casting a shadow over the outlook for exports, the revitalization of the tourism industry has become an imperative for the Thai government.

A number of countries including Japan are visa-exempt, so their citizens enjoy visa-free travel to Thailand.