Thailand GDP expands 7.5% on year in Q2, but outlook is grim 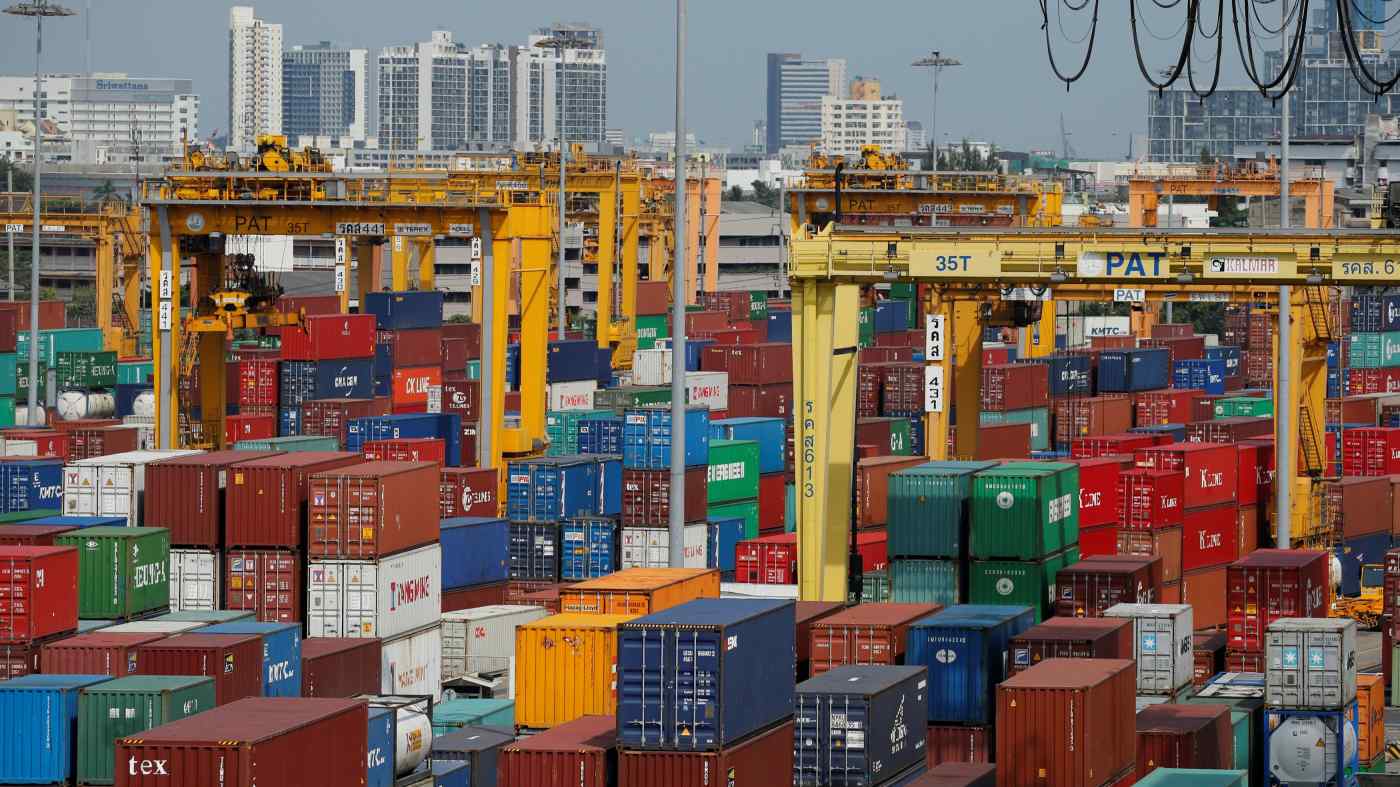 A view of the port of Bangkok: The global economic recovery was a welcome boost to Thailand’s exports in the April-June quarter.    © Reuters
MASAYUKI YUDA, Nikkei staff writerAugust 16, 2021 12:00 JSTUpdated on August 16, 2021 14:39 JST | Thailand
CopyCopied

BANGKOK -- Thailand's gross domestic product grew 7.5% year on year during the three months to June, its first expansion in six quarters, Thailand's economic planning agency said on Monday, although the outlook remains grim due to the outbreak of the delta variant.

The economy shrank 2.6% in the first quarter compared with the previous year.

The growth largely reflects a rebound from last year's sharp decline. During the entire second quarter, Thailand battled a third wave of the pandemic. But until late June, Prime Minister Prayuth Chan-ocha's government did not resort to strict lockdown measures, such as banning people from dining at restaurants. That was in contrast to the previous year, when lockdowns were in place from the beginning of the quarter and were gradually lifted over the following months.

Private consumption rose 4.6%, jumping from a 0.3% contraction in the first quarter but not enough to make up for a 6.7% slump in the second quarter a year earlier. "The government's economic stimulus measures supported consumption," the agency said.

The government has implemented a number of cash handouts to support persons and businesses.

The global economic recovery also contributed to Thailand's growth. Exports of goods surged 30.7%, extending the 3.2% growth recorded in the first quarter. Service exports, which include spending by nonresidents such as tourists, continued to slide, shrinking 1.9% even with the base effect.

On the production side, manufacturing grew 16.8%, making up for the 14.7% contraction recorded a year earlier and reflecting strong exports of goods. Accommodation and food services climbed 13.2%, while transportation and storage rose 11.6%.

On a seasonally adjusted quarterly basis, the economy grew 0.4% compared to the previous quarter. A worker at a construction camp in Bangkok undergoes COVID-19 testing.   © AP

However, the outlook for the economy is poor. The third wave of COVID-19 has forced the reimposition of stringent lockdowns in provinces, including a nighttime curfew. This will dampen spending by consumers and foreign tourists.

The economic planning agency cut its forecast for this year. It now expects the Thai economy to grow by 0.7-1.2%, down from 1.5% to 2.5% it predicted three months ago. This is the agency's third downward revision.

This was in line with those of other public authorities and private institutions. The Bank of Thailand lowered its 2021 growth forecast for Southeast Asia's second-largest economy from 1.8% to 0.7% in a policy statement released after a meeting of the Monetary Policy Committee on Aug. 4. For 2022, the central bank expects 3.7% growth, down from its earlier prediction of 3.9% growth. Some private economists see a higher risk of contraction.

"Thailand's economy has not yet entered a recession," said Danucha Pichayanan, the agency's secretary-general. "But there is declining growth momentum since April due to the widespread outbreaks."

The agency's forecast was based on the condition that the country's outbreaks of the delta strain would be controlled by the third quarter to the level where economic activities could gradually resume in the fourth quarter.

Yet, Danucha implied that there were considerable risks to the contrary. "This is a crisis caused by an epidemic with high uncertainty, unlike in 1997, which was a financial crisis," he said.

Thailand's economy shrank 6.1% in 2020, the largest yearly dip since 1998 during the Asian financial crisis.