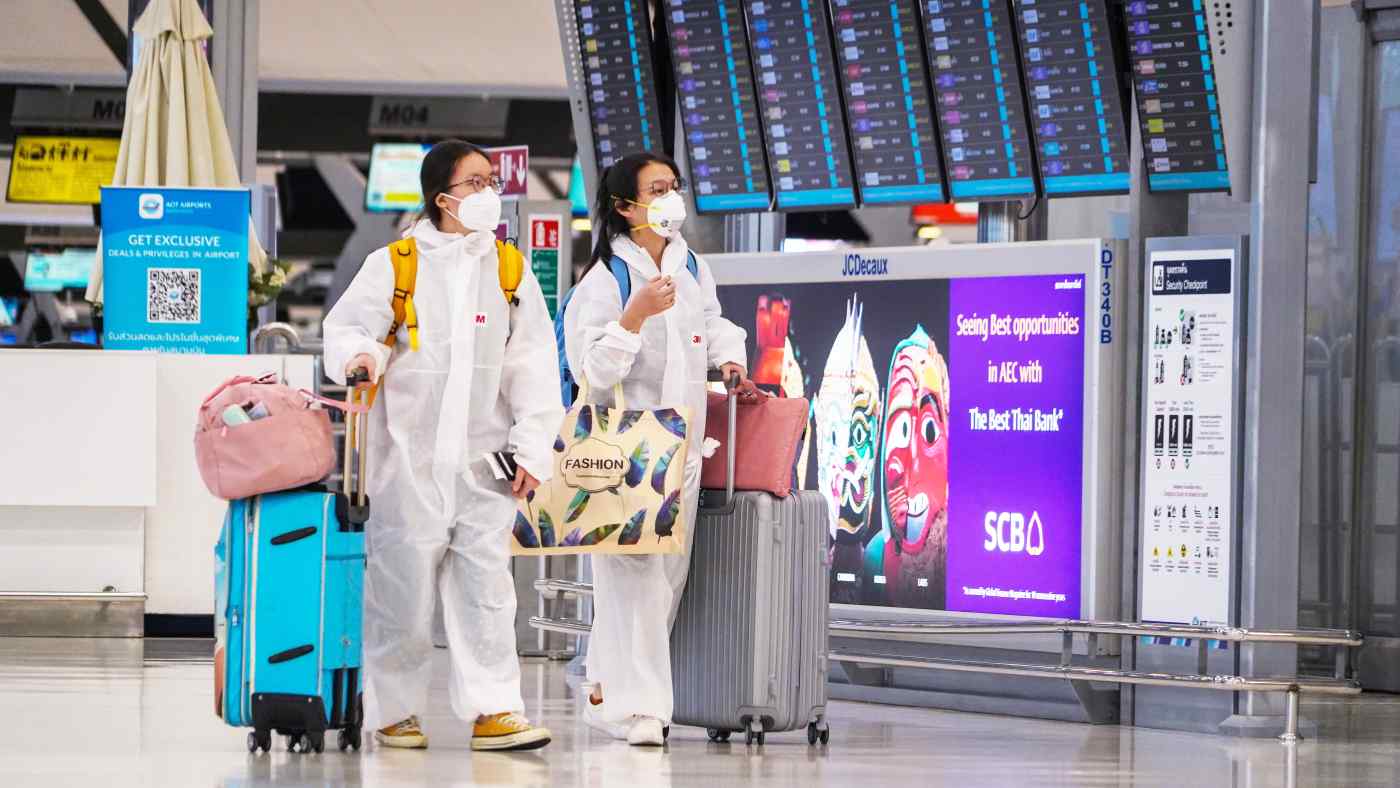 BANGKOK -- A leading business hotel in Bangkok is sprucing up rooms, restaurants and hallways to meet new hygiene and safety standards as it prepares to welcome the first trickle of regular customers -- foreign airline crews -- in August.

"This is now a priority, including deep cleaning of our ventilator and air conditioning systems," said Marisa Sukosol, executive vice president of Sukosol hotels, which owns five properties in the Thai capital and in Pattaya, a seaside resort southeast of the city. "We have a loyal market, like airline crews from South Korea, and we need to be ready for them."

The government has encouraged the preparations after warming to "tourism bubbles" between Bangkok and select Asian cities to revive a travel industry battered by the coronavirus pandemic. Countries on an emerging shortlist for these new air bridges are China, Japan, South Korea, and Vietnam, all of which have largely contained the spread of COVID-19, just as Thailand has.

Phiphat Ratchakitprakarn, the tourism minister, has hinted that the welcome mat will first be rolled out to business travelers and patients arriving as medical travelers when airports open in July for international travel. This plan includes limiting the number of foreign arrivals to 1,000 per day. But even then, the thorny -- and lifesaving -- issue of imposing a 14-day quarantine on new arrivals remains unresolved.

Seasoned travel industry observers say that "travel corridors" or "travel bubbles," which other Asian countries such as China, Singapore, South Korea, and Vietnam, among others, are also pursuing, has raised the stakes of mutual trust in ongoing talks. "Some of those discussions are bilateral, while others are looking at multilateral agreements," said Mario Hardy, chief executive officer of the Pacific Asia Travel Association, a Bangkok-based industry network.

"Setting up a 'corridor' or 'bubble' is complex and requires a high level of trust and coordination between respective health authorities," he added. "This would also require a range of various health controls to be implemented at border control."

Not surprisingly, this shift toward "tourism bubbles" has brought into focus privacy concerns and data protection in a region peppered with governments that are authoritarian or military-backed, such as the Thai regime. Western governments are keeping an eye on the "enforceable privacy protection safeguards" for people in the new environment.

"Whether it is within a 'tourist bubble' or after fully reopening travel, collecting additional traveler information relating to their movements, contacts and their health status clearly raises sensitive issues," said a senior diplomat from a Western country based in a Southeast Asian capital. "Once a covid infection is detected, the affected persons as well as their contacts will have to forego their anonymity, including highly sensitive information on their respective health status."

The Tourism Authority of Thailand, a government body, has come up with its own way to win the trust of inbound travelers: rebrand Southeast Asia's second-largest economy as a "trusted" tourist destination. To this end, it is backing a health certification system the government has rolled out for hotels and restaurants as a "tool to build trust." The Thai government is encouraging the public to continue wearing masks and observe social distancing as the country tries to jump start its tourism sector. (Photo by Akira Kodaka)

Thailand has eased restrictions in the country on the back of its success to contain the spread of COVID-19. By this week, the government will permit hotels to fully open, restaurants to serve alcohol and organizers to host government and private seminars and meetings. This adds to a list of public places that have already opened, ranging from shopping malls and public parks to tourist attractions and beaches.

Public health authorities are playing up the absence of no new locally transmitted cases of COVID-19 for nearly three weeks. Thailand has reported 3,135 infections and 58 deaths since the pandemic struck. Still, the government wants the public to wear face masks and maintain social distancing.

COVID-19 delivered a harsh blow to a sector that has become a key economic driver in Thailand, accounting for nearly 20% of gross domestic product. In April and May, Thailand recorded no new tourist arrivals, an unprecedented slump. Consequently, Phiphat, the tourism minister, estimates that the tourism sector could lose 1.78 trillion baht ($57.3 billion) in 2020 because of disruptions to foreign travel.

By contrast, during the record-breaking year in 2019, Thailand attracted nearly 40 million foreign holidaymakers, confirming its position as the market leader in mass tourism in Southeast Asia. The largest flow was from China, with nearly 11 million. Others among the top 10 inbound markets were Malaysia, Japan, Russia, South Korea and India.

But Thailand will not be able to establish "tourism bubbles" for all of them, travel industry analysts say. "The major inbound markets like India and Russia are still struggling to contain COVID-19, so it is unlikely you will see travelers from these countries soon," said Imtiaz Muqbil, executive editor of Travel Impact Newswire, which specializes in the tourism sector across Southeast Asia. "The so-called 'quality' tourists -- the high-spenders from the Middle East, who were an important market for Thai tourism -- also face a slowdown because of the slump in oil prices and the downturn in those economies."

Likewise, the tourism revival plans face headwinds from the fate of debt-burdened Thai Airways, which travel industry sources say flies in close to 40% of the country's traffic. The national carrier is due to undergo a bankruptcy-court supervised restructuring.