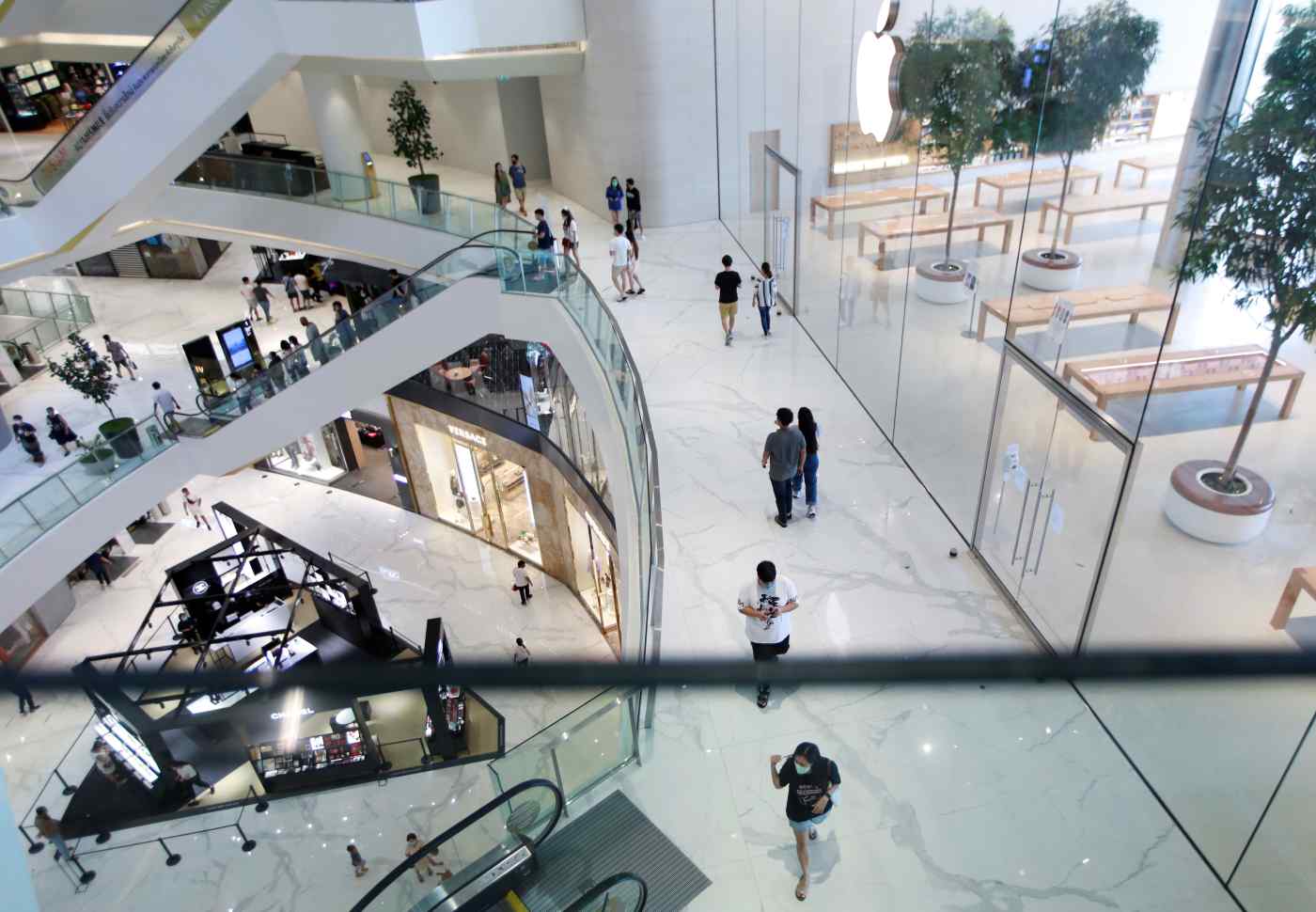 BANGKOK (Reuters) -- Thailand on Sunday opened malls and department stores for the first time since March in its second phase of relaxing measures as the number of new coronavirus cases slowed.

The country’s top mall operator, Central Pattana said it was reopening 33 of its shopping centers nationwide.

Central Pattana said it would control density by only allowing one person per 5 square meters (54 square feet) and use robots to measure body temperatures and by using touchless elevators.

Scores of shoppers were seen queuing before entering the Iconsiam mall in central Bangkok. Customers are asked to scan a QR code and register on a government website before entering.

"I want to have Japanese food today because I haven't had it for three or four months. The QR code registration is inconvenient for an elder like me,” said Sa-nguan Khumrungroj, 65, at Iconsiam.

A machine sprayed disinfectant at shoppers' feet as they entered Iconsiam and another dispensed hand sanitizer.

On Sunday, Thailand reported three additional coronavirus cases, in line with a trend of fewer new daily cases in May. It has reported a total 3,028 cases, with 2,856 patients having recovered and 56 deaths.

"The cases have declined a lot which I think is suitable for the mall to open because the economy has gone bad," shopper Pornchai Laochunsuwan said at Iconsiam.

Thailand's government has ordered that malls will have to close by 8 p.m. and that areas where large numbers of people could gather such as movie theatres and bowling alleys must remain closed.

The government relaxed other measures on Sunday including shortening a nighttime curfew by one hour, to 11 p.m. to 4 a.m. from 10 p.m. to 4 a.m. At the end of April, the country lifted curbs on small businesses like restaurants and barber shops.

On Saturday, the country’s aviation regulator extended a ban on international passenger flights until the end of June.