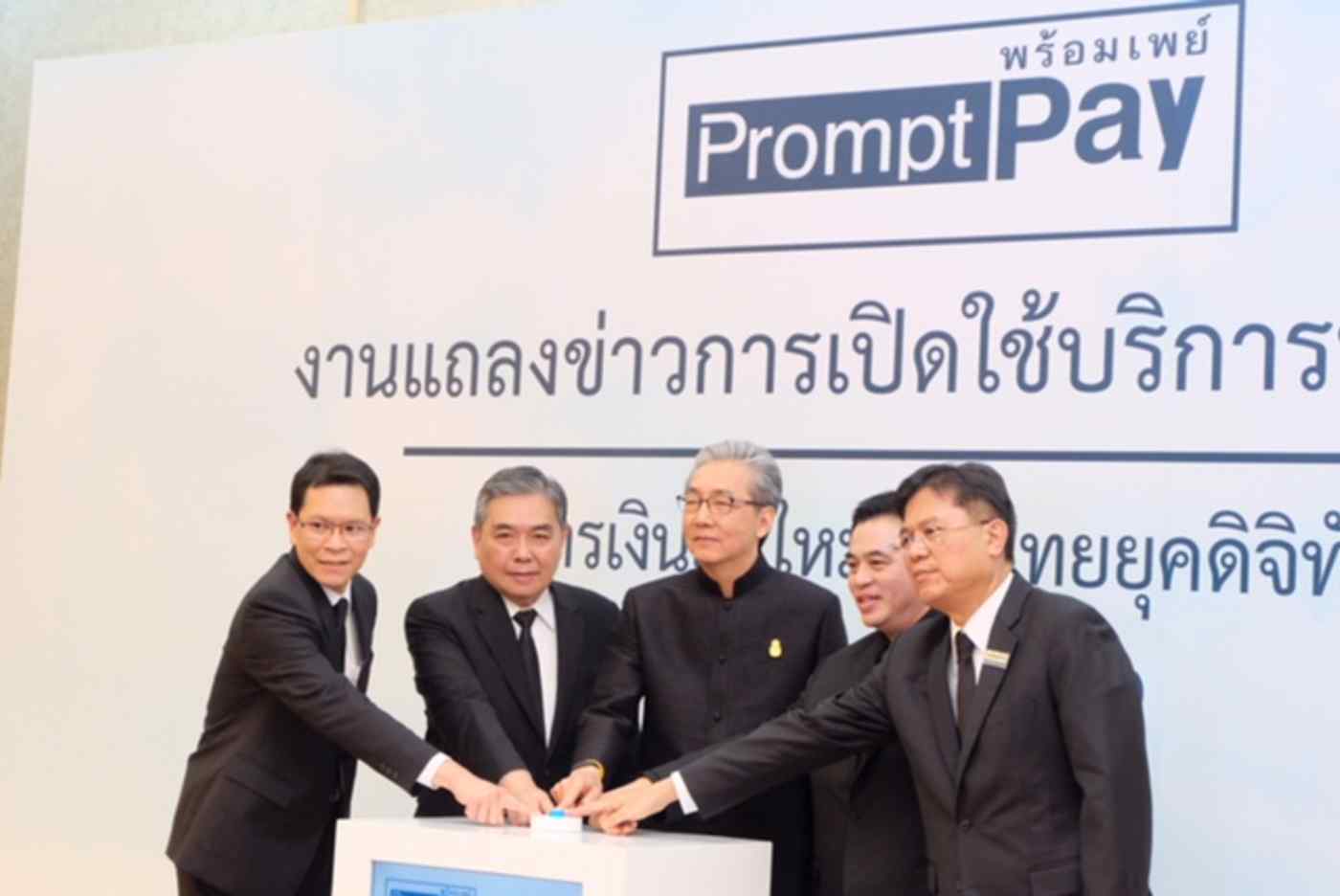 BANGKOK -- Thailand launched a new interbank mobile payments system on Friday enabling money transfers that are cheaper and easier than those offered by conventional banks.

The system, called PromptPay, allows registered customers to transfer funds using a mobile phone with only the mobile number or national ID number of the recipient.

"For 10 years, we have been trying to change the method of payment from that of a cash society to a digital one," Finance Minister Apisak Tantivorawong told reporters the same day. "We have taken the first step to a cashless society at last," he said.

The launch, initially scheduled for late October last year, was delayed due to technical glitches. But in December the government began using the system to send welfare payments to low-income people.

Some 2 million people have registered to use PromptPay so far. By year's end, the number is expected to reach 3 million, said Predee Daochai, president of Thailand's fourth-largest bank, Kasikornbank, and head of the Thai Bankers Association.

"This will lead to opportunities for new digital businesses, such as e-commerce," Bank of Thailand Gov. Veerathai Santiprabhob told reporters. "It will also help minimize leaks in the payment process from the government and the private sector."

PromptPay is one of many schemes the Thai government is pushing as part of its National E-payment initiative to bring more of the country's financial transactions into the formal economy.

In March, companies will be able to start using PromptPay services. The government is working to install electronic data capture machines in small stores that can be used to swipe debit and credit cards.

In the future, even a 30 baht purchase of a bowl of noodles at a street stall could be tracked if the vendor and customer use PromptPay types of electronic payment.

For commercial banks, however, the substantially lower transaction fees offered by PromptPay will cut into revenue. This comes as banks struggle with sluggish lending and increasing nonperforming loans. In 2016, the combined net profits of the country's four biggest banks grew just 2% on the year.

Kasikornbank's Predee said money transfer fees account for around 2% of the bank's total revenue. "It's a big amount. We will have to work on cutting costs and other efficiency measures," he said.

Customers will be limited to one PromptPay account for each national ID number or mobile phone number and competition for market share is expected to heat up. Some banks have launched campaigns offering money transfers of any amount, free of charge. Some are offering other benefits, such as free ATM withdrawals for customers who register with PromptPay.

Mobile banking is growing quickly in Thailand, thanks to the rapid spread of smartphones, with the value of transactions increasing by more than 70% year on year in 2016.