Yet output remains below 2m, short of 2013 peak 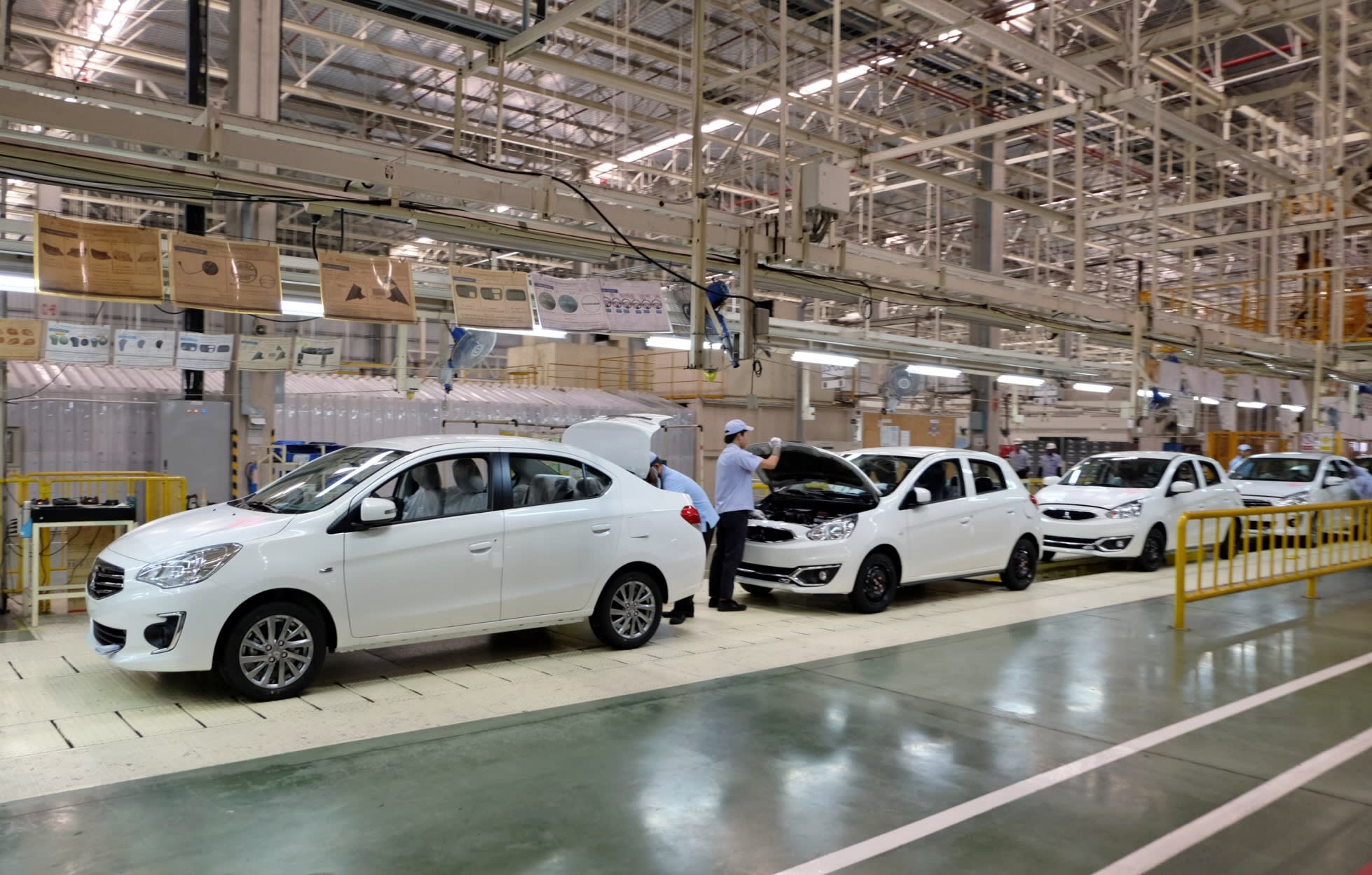 Automakers turned out 1,988,823 units, up 2% from the previous year, the Federation of Thai Industries reported Wednesday. Despite the recent increases in production, the annual tally is still down from the 2013 peak of approximately 2,457,000 vehicles.

Output of vehicles for the domestic market surged 11% last year to 862,391 units. But that was mostly due to a rebound effect from 2016, when Thai citizens refrained from purchases following the passing of King Bhumibol Adulyadej that October.

Export vehicles fared worse, with production dipping 4% to 1,126,432 units. Shipments to the Mideast and African nations were lackluster. The Thai baht has also gained against the dollar. Currency pressures are impacting earnings and prompting cost-cutting measures, according to an official at Toyota Motor's Thai unit.

The last time Thailand broke the 2 million-unit barrier, domestic demand received a boost from a tax incentive program implemented by then-Prime Minister Yingluck Shinawatra's government. But vehicle sales fell below 2 million in 2014, and have stayed in that territory ever since.

The federation sees production of domestic vehicles recovering to 900,000 units this year, which, combined with the anticipated 1.1 million export vehicles, would finally put total output at 2 million.

Indonesia, the second-ranked auto-producing nation in Southeast Asia, raised output 3% to 1,216,600 units last year. But unlike Thailand, most of Indonesia's vehicles are made for domestic consumers.