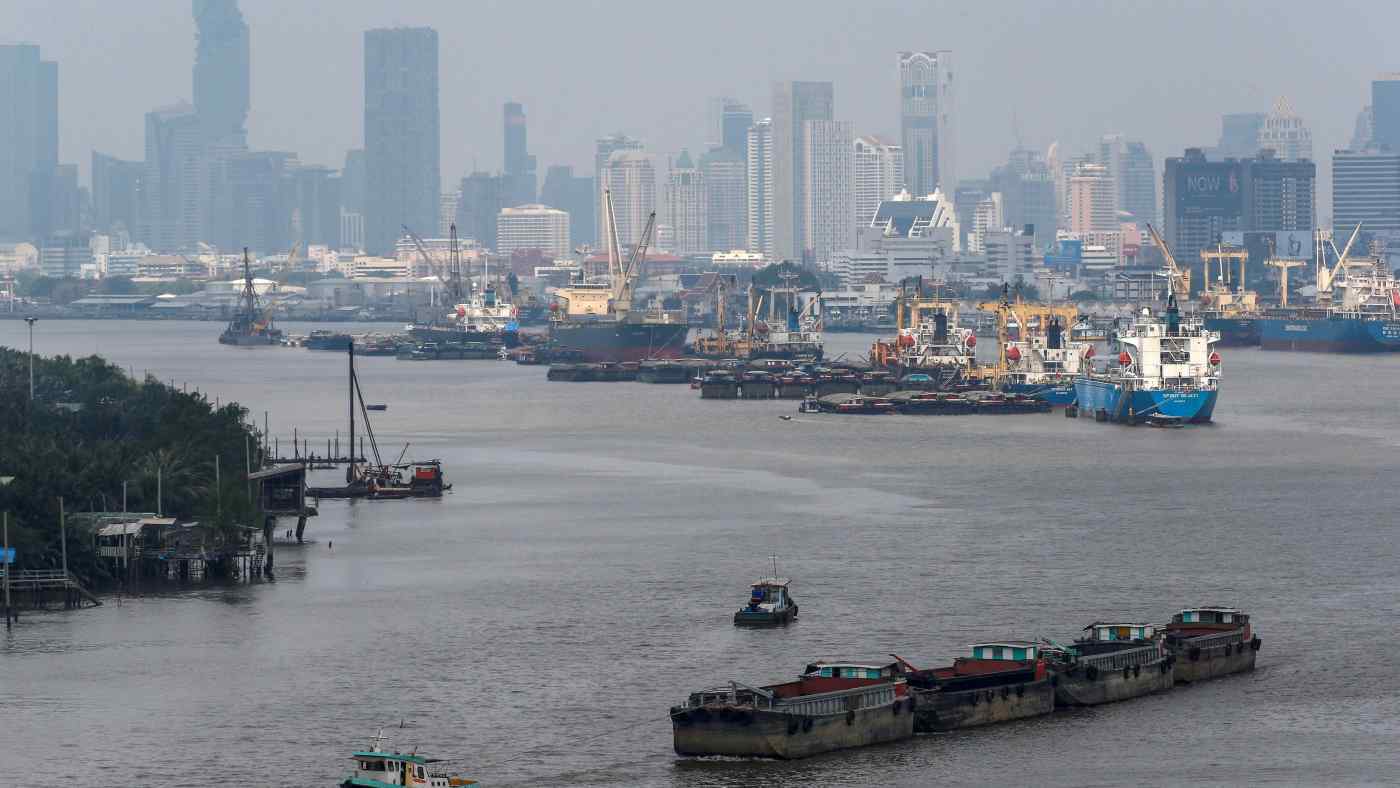 Cargo ships near the port in Bangkok. The Thai economy is heavily dependent on exports as it functions as an important link in the global supply chain.   © Reuters
MASAYUKI YUDA, Nikkei staff writerAugust 19, 2019 12:36 JST | Thailand
CopyCopied

BANGKOK -- Thailand's economy expanded at its slowest pace since 2014 in the three months ending in June, as the U.S.-China trade war and strong baht adversely affected Southeast Asia's second-largest economy.

The government on Monday said gross domestic product for the quarter grew at a pace of 2.3% compared with the same three-month period a year earlier, and from an annual growth rate of 2.8% in the quarter ending March. That was the slowest rate since the third quarter of 2014, when the economy expanded 1.1%.