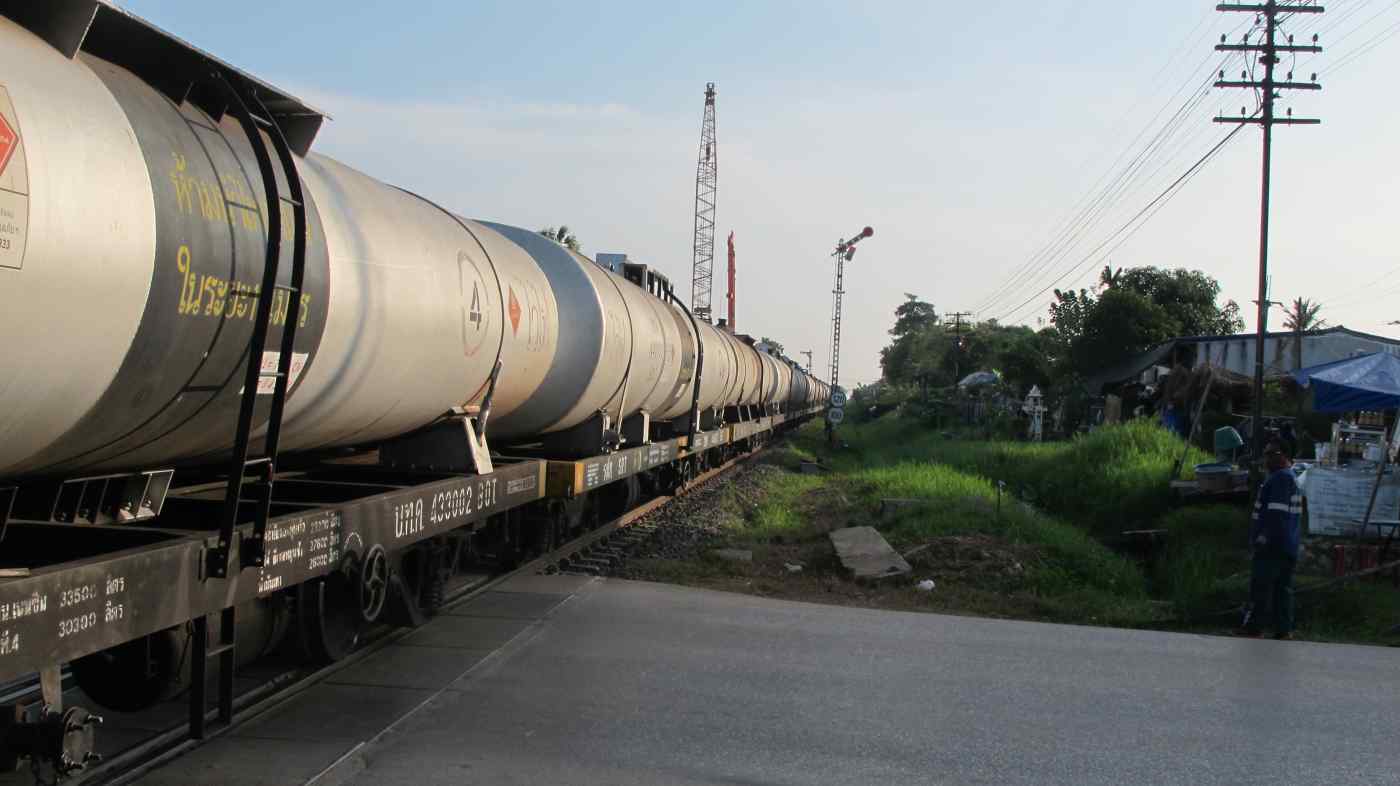 State Railway of Thailand hopes to increase its share of the cargo transport market from 1.4% to 6% within five years. (Photo by Peter Janssen)
PETER JANSSEN, Contributing writerJanuary 23, 2017 07:00 JST | Thailand
CopyCopied

Thailand is banking on its state-owned enterprises to spearhead economic growth in 2017 through massive investments in infrastructure. The push has brought one of the kingdom's biggest and oldest SOEs, the State Railway of Thailand, to a critical juncture. The Bangkok headquarters of SRT, started by King Rama V in 1890. (Photo by Peter Janssen)

The military-led government has budgeted more than 500 billion baht ($14.1 billion) for investments by state enterprises, with the SRT receiving the largest single allocation of 76 billion baht for double-track rail expansions, an extension of Bangkok's elevated railway, and construction of bridges, fences and track improvements.