Thailand throttles back on rail project with China 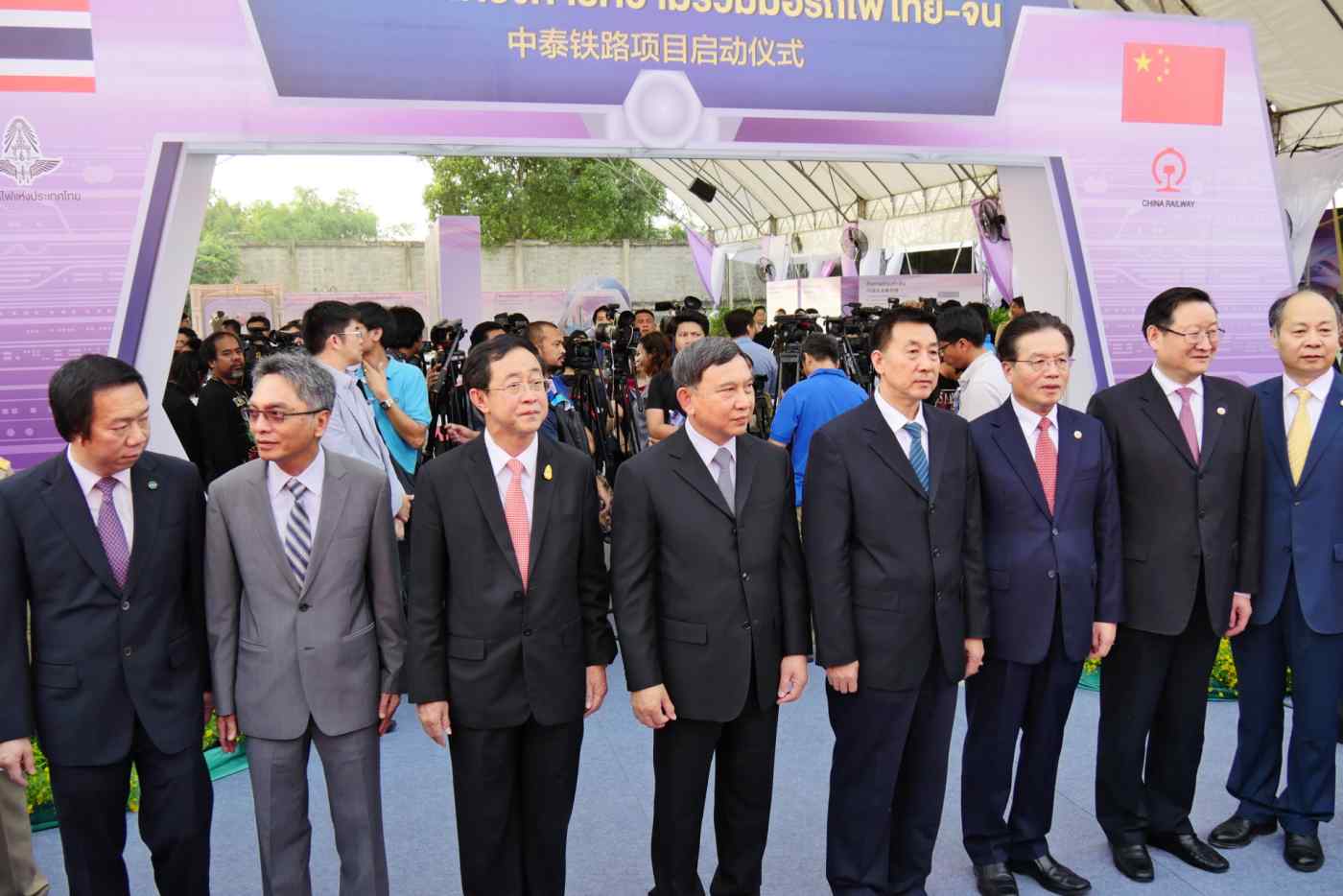 BANGKOK -- Thailand will sharply scale back plans for a long-distance railway amid disagreements with China over financing, such as how to split costs estimated at up to 530 billion baht ($15 billion).

The two countries had inked a basic agreement last July to build a roughly 870km dual-track railroad starting in Nong Khai, on the Thai border with Laos, and extending across the country. Construction began in October, with service on all tracks slated to start in 2020. The railroad would have been able to handle passenger and freight traffic traveling at speeds as fast as 180kph or so.

Under the revised plan, Thailand will build a passenger rail capable of speeds of up to 250kph along a 250km stretch of the original route, from Bangkok to the northeastern city of Nakhon Ratchasima. It will break ground on the project by October, aiming to begin operation in the first half of 2019. The government will cover the full cost, estimated at 170 billion baht.

Whether the route will be continued north of Nakhon Ratchasima is undetermined, Arkhom said.

Thailand and China could not reach an accord on how to divide costs, nor on how much each side should invest in the special-purpose company to be set up to handle the project. Thai Prime Minister Prayuth Chan-ocha informed Chinese Premier Li Keqiang of Bangkok's plans to go it alone during a regional summit Wednesday in China.

Thailand had asked China to take a 60% stake in the company, citing benefits to Beijing from the railroad's position as part of a planned transport route between Kunming in southern China and Southeast Asia, but was rebuffed. Bangkok also objected to the high interest rate on the loans offered by Beijing. China's insistence on getting development rights along the railway was a factor as well.

Beijing and Bangkok will continue to cooperate on the project, since the original agreement cannot be revoked. Thailand will use Chinese technology for signaling and other systems as well as rolling stock, Arkhom said.

The junta is scrambling to start the project while it remains in power. Thailand is slated to hold elections as early as July 2017 to begin transitioning to civilian rule, and the country has a history of major public works projects stalling with each transfer of power.

Bangkok's decision deals a blow to not only China's infrastructure-exporting strategy, but also its ambitions for a pan-Asian railway linking Kunming with Singapore via Laos, Thailand and Malaysia. A route between China and Southeast Asia would encourage movement of people and goods. Beijing also aims to use economic ties to boost its diplomatic clout with countries that have otherwise kept their distance. Thailand's decision to scale back a crucial link in this railroad may force China to rethink its plans.

Part of Beijing's pitch for building infrastructure in emerging countries is that it can work faster than companies from developed nations at a lower cost. But the partnership with Bangkok ran into trouble over money, which could damage China's reputation more broadly.