Thailand to celebrate another muted Songkran with low economic boost 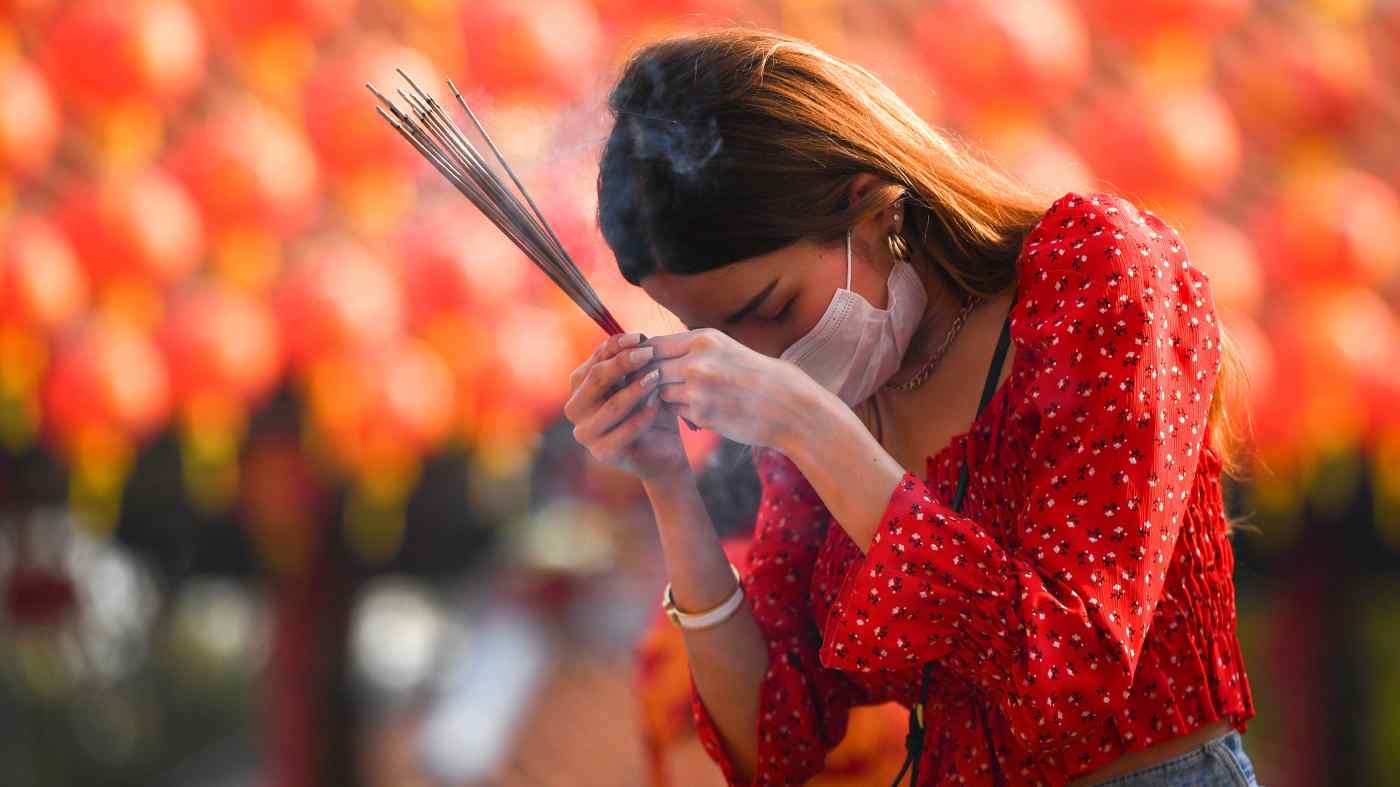 BANGKOK -- Thailand is about to enter the Songkran holidays to celebrate the kingdom's new year on April 13. But, like last year, the mood is again subdued as resurgent COVID-19 brings restrictions prohibiting the splashing of water. The absence of celebrations is expected to weigh on the already weak economy.

The government has canceled all public events related to the Songkran festival in order to prevent people from gathering for water fights, foam parties and drinking alcohol outside. The splashing of water for ritual cleansing could directly transfer bodily fluids between people and lead to a massive number of new infections.

"Everybody shall make merit and celebrate Songkran at home with extra care," Prime Minister Prayuth Chan-ocha told reporters on Tuesday.

He insists that the law on the state of emergency is still in place to cope with the coronavirus disease and that all provincial governors are allowed to issue stricter control measures if needed.

As a result, there will be no laughing and smiling this year at the water-splashing events that are normally held in famous places across the country, forcing Thais to celebrate a muted Songkran next Tuesday to Thursday.

The Songkran festival normally starts on April 13 and ends two days later. But this year the government approved an additional day off on April 12 to allow Thais to have a weeklong holiday, in order to encourage them to travel and spend money to boost the economy. However, the resurgence of the pandemic has ruined the chances of reviving the economy during the festival. The Khao San Road, a famous site for a water-splashing festival attracting foreigners, is expected to be quiet during this year's Songkran holiday, as no public events are allowed. Businesses there are expected to lose a lot of money. (File photo by Akira Kodaka)

For centuries, Thailand grew along the banks of rivers, and that has made water a significant symbol in several national ceremonies.

In ancient days, Thailand celebrated the Songkran festival through Buddhist-based merit-making, with younger generations pouring scented water on Buddha images for good luck, as well as pouring water onto the hands of elderly people to express gratitude to them.

Since the Songkran festival falls in the hottest month, April, some business operators about three decades ago saw opportunities to make money by holding festive events related to the splashing of water. That turned the traditional festival into fun events in several cities. The events normally attract not only Thais but also foreign tourists, generating millions of dollars of revenue each year.

The Tourism Authority of Thailand forecast that the resurgence of COVID-19 could cut tourist spending during the Songkran festival by around 2.4 billion baht ($75 million), as many tourists have already canceled their trips and accommodations.

"Around 20% of rooms in major cities such as Phuket, Pattaya and Hua Hin, the country's popular destinations, have been canceled," said Pisoot Saekool, president of the Thai Hotel Association's Eastern Chapter.

As a result, the Thai Hotel Association and the Tourism Authority expect tourist spending during Songkran to fall to 9.6 billion baht, down from the previous forecast of around 12 billion baht.

Although more than 300,000 doses of vaccine have been injected into Thais, resurgent clusters have emerged in the capital, Bangkok, and are expected to spread across the country during the Songkran holiday, when many people normally go back to their hometown.

Many pubs and restaurants in major cities are temporarily closed in order to maintain social distancing to control the pandemic.

Only traditional activities such as pouring scented water over Buddha images are allowed, but even those must maintain social distancing of at least 1.5 meters, according to the Center for COVID-19 Situation Administration.

With no public events and celebrations, the festival spending that was previously expected to help revive the poor economic outlook is now forecast to drop substantially.

A poll conducted by the University of the Thai Chamber of Commerce showed that this year's Songkran will be less enthusiastic, as many Thais planned to stay home. Holiday spending is expected to slump to less than 100 billion baht ($3.1 billion).

That is much better than the Songkran in 2020, when there was no spending at all due to the lockdown, but is well below the level in normal years of more than 135 billion baht. People play with water pistols during the Songkran festival to celebrate the Thai New Year in Bangkok in 2019.   © Reuters

The Khao San Road, a famous site for a water-splashing festival attracting foreigners, is expected to be quiet, as no public events are allowed. Business operators and traders there are expected to lose a lot of money.

Sa-nga Ruangwattanakul, president of the Khao San Road Business Association, said the number of tourists is expected to drop sharply this year because fun activities like water-splashing, powder-smearing and foam parties are prohibited.

"Before the COVID-19 pandemic, revenue during Songkran was about 100 million baht daily," Sa-nga said.

He expected that only around 10 million baht will be spent at the Khao San Road this year.