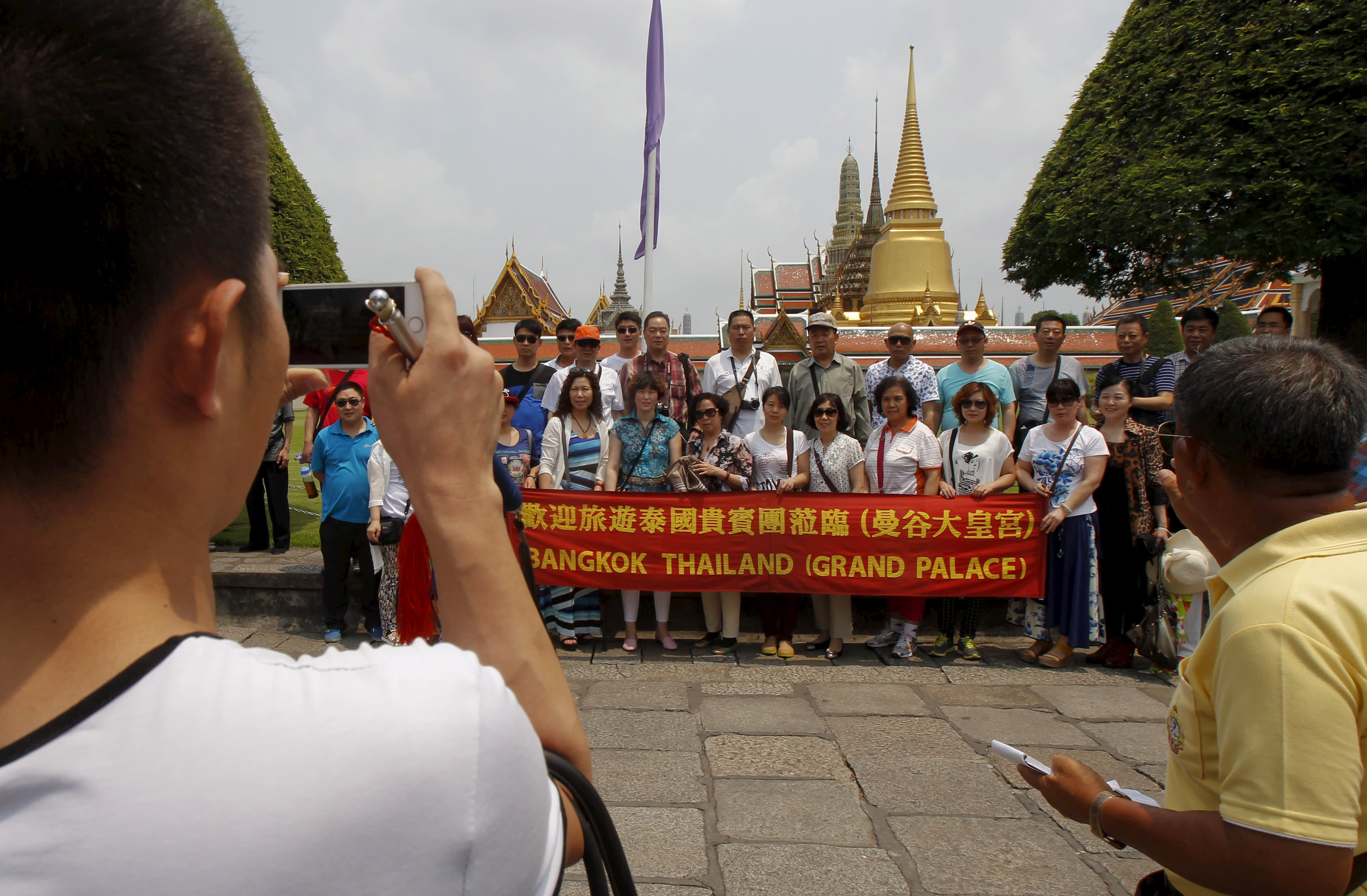 BANGKOK (Reuters) -- Thailand's cabinet on Tuesday approved a measure to waive for two months fees paid by visitors for visas on arrival, in a bid to boost a lucrative industry hit by a drop in visitors from China, its biggest market.

The fee of 2,000 baht ($60) will be waived between Dec. 1 and Jan. 31 for travellers from 21 countries, including China, Taiwan, India and Saudi Arabia, government spokesman Puttiphong Punnakan told reporters.

The scheme is expected to increase tourist numbers by at least 30 percent during the period, he said.

Last year, Chinese visitors made up nearly a third of the record 35.38 million arrivals in Thailand.

Tourism receipts account for about 12 percent of Southeast Asia's second-largest economy, making it one of the most important drivers of its growth.

The tourism ministry has forecast 37.5 million foreign tourists this year, up about 6 percent.