The 'TPP 11' is signed, and ready to welcome more members

Despite America's withdrawal, the trade deal is set to reshape how business is done all over the Pacific The rules hammered in the TPP-11 free trade agreement signed on March 8 are at risk of not keeping pace with fast-moving developments in worlds of technology and business.   © Reuters
RYOHEI YASOSHIMA and JUN YAMAZAKI, Nikkei staff writersMarch 15, 2018 10:00 JST | China
CopyCopied

SANTIAGO,Chile The revised Trans-Pacific Partnership trade pact was signed on March 8 in Chile's capital. The deal is positioned to serve as a critical bastion against the U.S. administration's protectionist policies as the pact is set to take effect this year, and welcome new members soon.

The new agreement will take effect 60 days after at least six members ratify the deal. Chile, Peru, New Zealand, Japan and Mexico are eager to complete that process this year. "Vietnam could do so as well," a Japanese government source said.

TPP 11 appears "extremely timely," coming as it does amid "protectionist pressures and pressures that could end up in what nobody wants, which is a trade war," said Heraldo Munoz, Chile's foreign minister. Trump authorized sweeping tariffs on steel and aluminum the same day the pact was signed.

Tran Tuan Anh, Vietnam's minister of trade and industry, said the signatories would oppose protectionism, and he predicted other nations will join the pact. 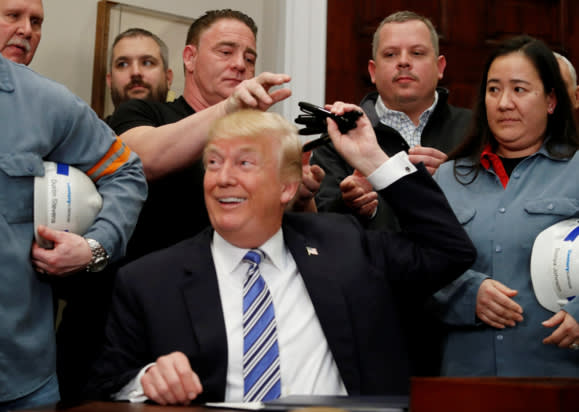 South Korea is as eager to counter this protectionist trend, fearing that American tariffs will hurt its steel industry. The country seeks additional trade ties to provide a buffer as it renegotiates its bilateral trade deal with the U.S. The Chosun Ilbo newspaper, in an article published online, urged Seoul to move toward joining the TPP in order to protect national interests.

The Philippines sees joining the agreement as a way to avoid falling behind Vietnam, a TPP member that has reached a trade deal with the European Union. Indonesian President Joko Widodo has expressed hope of joining the TPP as well.

Colombia, a member of the Pacific Alliance trade bloc, may be the most viable 12th member. All other members of that group -- Chile, Mexico and Peru -- are part of the TPP.

More than 20 U.S. senators from Trump's Republican Party, including Finance Committee Chairman Orrin Hatch, sent a letter to the president in February urging him to rejoin the TPP. Major farming regions are traditionally Republican strongholds, and producers of rice, wheat and pork could lose out.

The American dairy industry also could feel a pinch as TPP members start importing goods such as cheese and butter from Australia and New Zealand. And beef from New Zealand, Canada and elsewhere could pose a greater challenge to exports from the U.S.

Ripple effects from Trump's metal tariffs could intensify the overall economic pain. U.S. steel sheet prices are already 20-30% higher than the global average. Though the planned tariffs are projected to add 30,000 jobs in the metals sector, they also will raise materials costs and crimp earnings in industries such as automobiles and construction, costing the U.S. about 146,000 jobs on balance, according to the consultancy The Trade Partnership.

Retaliatory measures from U.S. trading partners and a possible all-out trade war would bump the price of Trump's "America first" approach even higher.