The TPP 11 rekindle multilateral trade hopes as Trump looks on 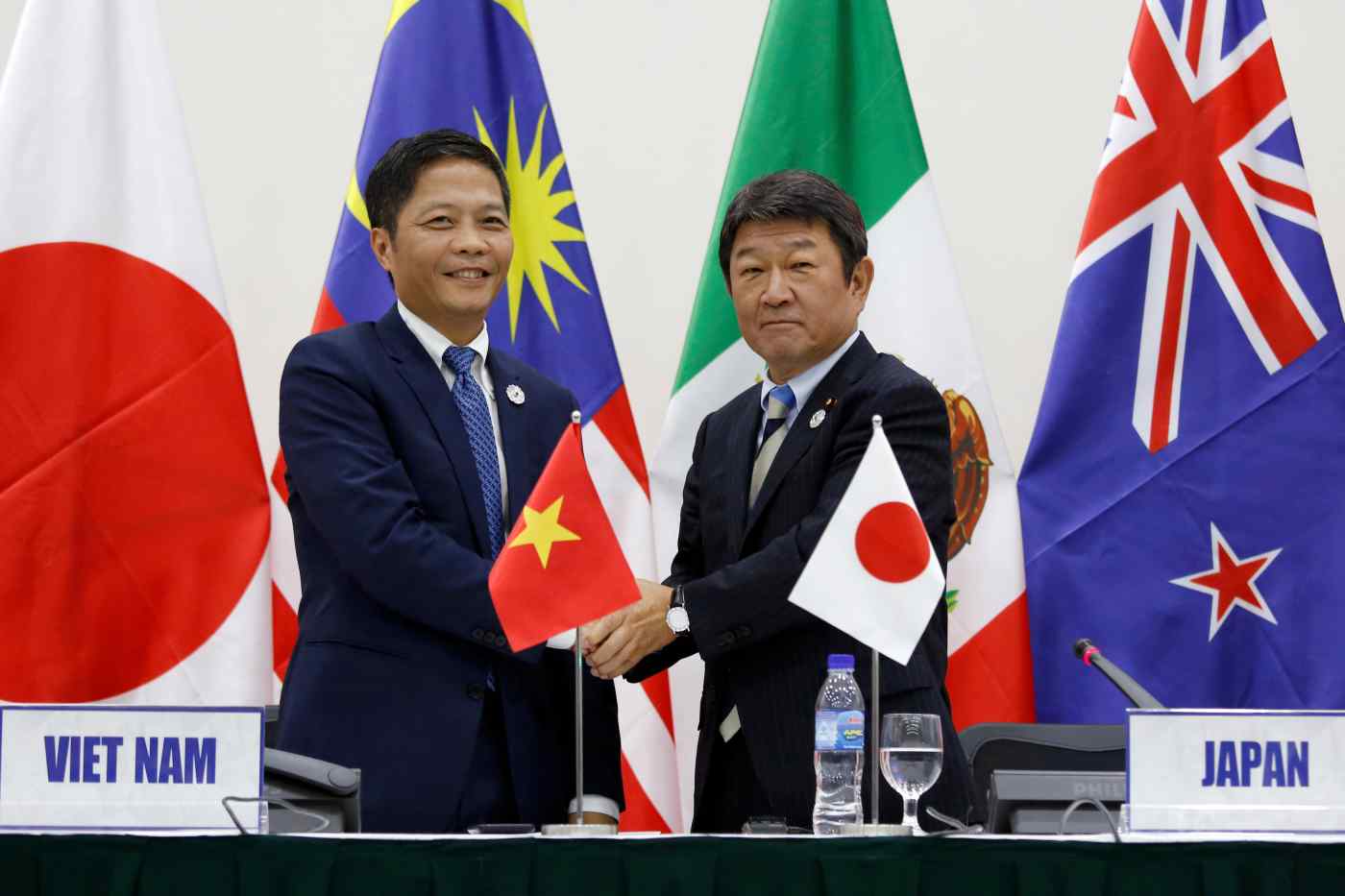 DANANG, Vietnam When Japanese Minister of Economic Revitalization Toshimitsu Motegi walked into the press briefing room at the International Media Center in Danang on Nov. 11, his expression told many stories. One of them was of fatigue, as was to be expected after the intense negotiations on the Trans-Pacific Partnership trade pact held in the central Vietnamese city. There was also relief, as Japan had been instrumental in the 11 remaining members reaching a broad agreement on a renegotiated version of the TPP.

Above all, however, there was determination, a sentiment echoed in his comments to reporters. "During the four months of negotiations, we saw many times the member states clashing over details," he said of talks among the TPP 11, as the remaining members are known. "[But] we all shared the determination of establishing a free and fair 21st century rule in Asia-Pacific, the center of global growth, and that is why we have been able to reach an agreement."