The one-child policy is gone, but its legacy bites deep 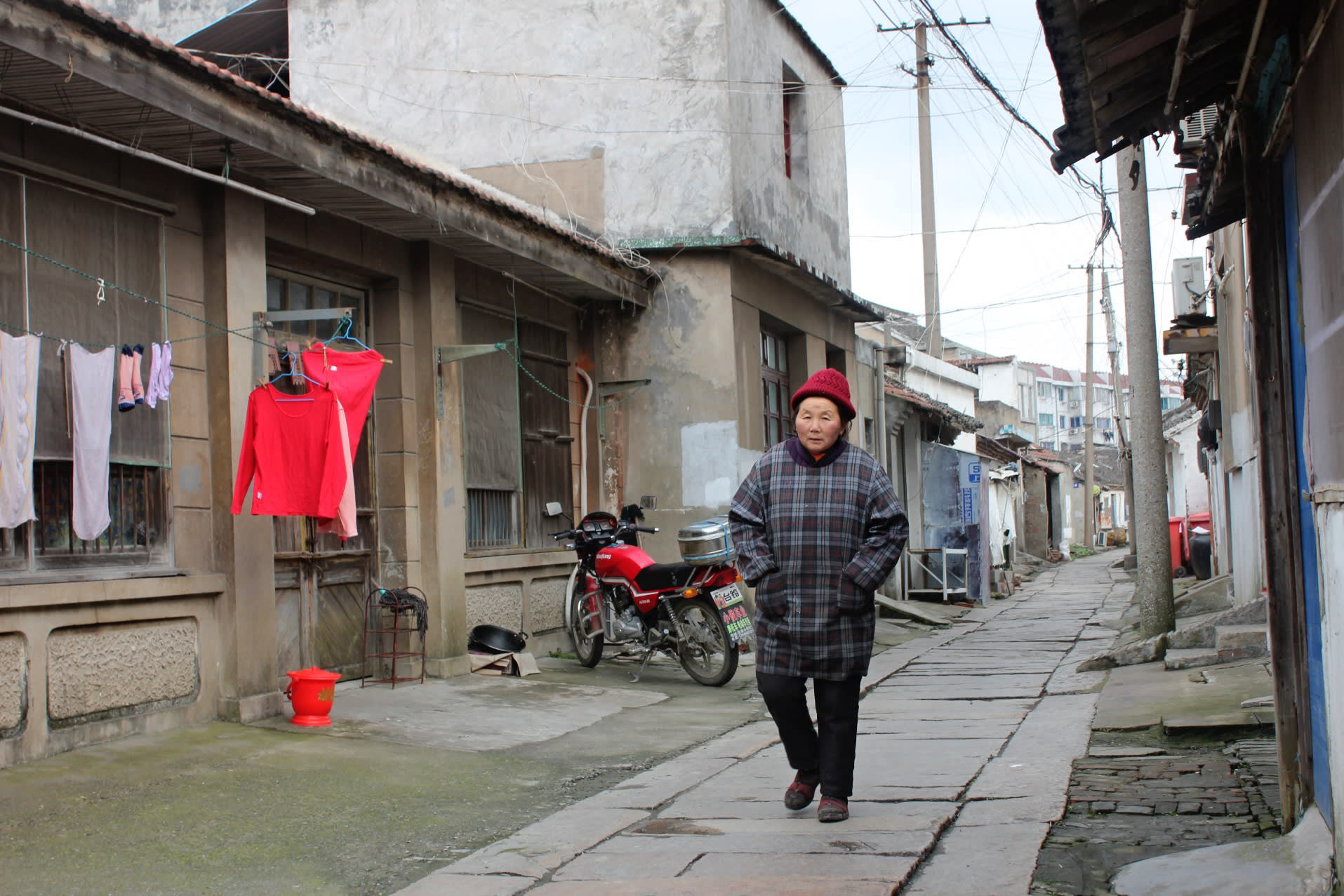 BEIJING/DALIAN -- The cobbled streets of Rudong County in China's Jiangsu province are lined with old one-story houses. But something is missing: young people. "What am I supposed to do when my body stops working?" lamented 81-year-old Liu Fang, who lives alone on a pension of 2,000 yuan ($306) a month.

Living nearby is Li Mei, 89. Now that walking has become difficult, she depends on her 70-year-old son to get by.

Part of the city of Nantong, about 80km upstream of Shanghai on the Yangtze River, Rudong was once the shining star of China's one-child policy. It was honored by the national government in 1986 for its devotion to the policy, which entered into full force in 1980, even forcing women six months pregnant to abort their babies.

Three decades later, Rudong is now the poster child for the country's aging problem. About 30% of the population is 60 or older -- double the national average.

Some in the Chinese leadership saw this coming. In an open letter from Communist Party officials to other party members published Sept. 25, 1980, the authors wrote, "Some comrades may be worried about such new problems as an aging population and a labor shortage."

Wu Cangping, now professor emeritus at Beijing's prestigious Renmin University, warned from the start that the country would age before it got rich. 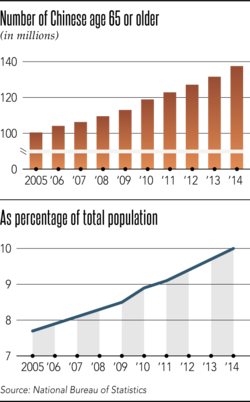 The statistics are troubling. China's workforce shrank by 4.87 million in 2015 alone. Meanwhile, the number of Chinese 60 or older is expected to roughly double to 400 million by 2035. Social security spending by the central and regional governments topped 2.6 trillion yuan in 2014, according to Japan's NLI Research Institute. The figure has nearly doubled over the past five years and accounts for nearly 20% of general government spending.

The ballooning elderly population and a rickety social security system will put even more pressure on government finances, including medical spending, in the future. The 1980 letter stressed that the problems caused by the one-child policy would be solvable. But Wu says Beijing never expected them to be so severe.

While the policy was effective in curbing population growth and food scarcity, the government was too slow in winding it down. In 2016, the government under President Xi Jinping began allowing all couples to have a second child. But it will take about two decades for these children to reach working age. Furthermore, urban residents' attitudes on families have already shifted.

Last October, 40 former middle-school classmates who had recently turned 40 exchanged messages on WeChat into the wee hours of the night. They were discussing whether to try for a second child. The consensus was that it simply was not possible. As is the norm in China, both parents worked, and none wanted to ask their aging parents to look after another young child.

"I can't throw away 20 years of my career," wrote one woman, echoing the views of many.

Half of the 90 million couples that are in a position to have a second child are 40 or older. The World Bank expects China's labor force to contract more than 10%, or by 90 million people, in the next 25 years. The total population is also expected to start declining from around 2030. Both the labor shortage and a shrinking market will weigh on economic growth. Even government-affiliated think tanks say the potential growth rate, which was in the upper-7% range between 2011 and 2015, will drop to just over 6% for the next five years.

Japan is a prime example of how an aging, shrinking population can usher in prolonged economic stagnation. With an economy as large as China's, a similar phenomenon there could very well have global ramifications.

One day in mid-January, a dozen or so seniors were playing cards at a nursing home in Rudong. The facility houses 25 residents ages 73 to 98, half of whom are bedridden. The buildings have no handrails, and uneven floors between rooms make it difficult to get around in a wheelchair.

China's nursing homes hold about 4 million beds, but only a small percentage of the facilities provide actual nursing services. The companies operating the homes often treat them like just another real estate project, and many of the employees are women from farming villages with no special training. This often leads to problems, such as caregivers tying residents with dementia to their beds. Public awareness of the importance of nursing care is still limited, said Jia Suping of Dalian Jiaotong University. Seniors play cards at a nursing home in Jiangsu province.

Given the inadequate elderly-care infrastructure, many families are forced to take matters into their own hands.

A 47-year-old man in the interior city of Chongqing recently began renting a 20-sq.-meter apartment for his aging father. The monthly rent is 2,250 yuan -- not a small amount -- but a nursing home would cost at least 3,000 yuan. Considering the long-term economic burden, the only option was for the family to take care of the father.

Traditionally, Chinese children have cared for their elderly parents. But attitudes toward family are shifting among those who were raised as only children, a generation many say has been spoiled.

"Our only son has a low income and has trouble making ends meet. We have no choice," said a 66-year-old retired public servant in Rudong. He has given up on living with his son, who is 34 and lives in the heart of town, opting instead to enter a nursing home with his wife.

The son makes about 6,000 yuan a month, or about half of the couple's monthly pension. They continue to support him and even bought him a home and a car, but he hardly ever visits them.

"It's better for the two of us to be on our own," the older man said with a smile.

The couple has the financial means to pay for a nursing home, but not everyone is so fortunate. Now, swelling ranks of Chinese are paying the price for Beijing's decision to prioritize economic growth at the expense of the needs of the elderly.