HONG KONG Ghost cities, deserted bridges and closed factories littered across China have stirred concern about a debt-fueled investment bubble. Despite such worries, the Asian Development Bank says there is room to step up infrastructure spending in the world's second-largest economy.

China will need $753 billion worth of infrastructure investment annually from 2016 to 2020, the Manila-based development bank said in a report released on Feb. 28. This amount is far higher than Beijing's estimated investment of $686 billion in 2015, resulting in a funding gap equivalent to 0.5% of China's gross domestic product. The gap would be as wide as 1.2% of China's GDP if spending to mitigate climate change were factored in. "Power generation is still very much [fueled] by coal," Juzhong Zhuang, deputy chief economist at the ADB, said in an interview on March 1. "A shift toward clean energy provides a lot of scope for investment."

Home to a growing network of high-speed railways and expressways, China still lags in areas such as clean energy, water and sanitation. Its electricity consumption per capita is about 46% of the average among nations in the Organization for Economic Cooperation and Development, according to the ADB. China's water storage capacity, on a per capita basis, is just a third of that in the U.S. 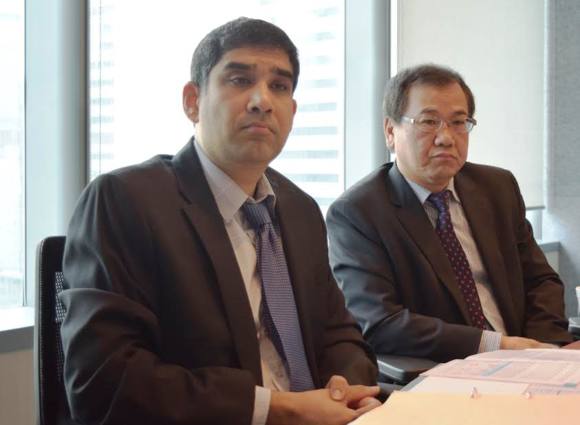 "China has invested quite a lot, but if you look at how much it has to go to achieve the service levels of the OECD countries, it is huge," said Rana Hasan, an ADB economist who led the report.

Notwithstanding concerns about overcapacity and soaring levels of corporate debt, Hasan said China "has gotten it right" about infrastructure development. Following late Chinese leader Deng Xiaoping's call for reform and liberalization in 1978, economic development has primarily focused on the eastern coast. "With those engines going, you now have the resources to start spreading infrastructure westward," Hasan said.

Looking at the broader region, governments are currently responsible for over 90% of Asian infrastructure investment, but there is still room for public-sector debt to grow. Hasan said a number of the 45 economies covered in the report were in a "comfortable" fiscal position, citing the relatively low debt-to-GDP ratio of the Philippines at below 15%.

"The problem is really the risk of the projects," said Vivek Rao, principal financial sector specialist at the ADB's South Asia department, referring to the low-risk appetite of institutional investors. "It's only when the projects are so well-developed and the risks are so well-partitioned and controlled that the insurance funds can really take confidence in investment," he said.

Rao estimated that Indian banks have 30% of their nonperforming loans linked to infrastructure investment. "Banks have been burned through exposure to infrastructure. That is one of the reasons for the Basel III regulations coming in."

Since new banking regulations have imposed higher capital requirements on lenders, Rao expects bond financing would assume a bigger role to complement banks. According to the ADB, local-currency bonds outstanding account for about 20% of GDP in an Asian economy on average, compared with 50% in OECD economies. Meanwhile, the ADB and other multilateral development banks such as the World Bank have financed about 2.5% of infrastructure investment in the region. The latest player, the Asian Infrastructure Investment Bank, has been set up to help fund infrastructure projects related to Chinese President Xi Jinping's Belt and Road Initiative, which spans some 60 countries across South and Southeast Asia, Africa and the Middle East.

Asked about a potential funding race with the AIIB, the ADB's Zhuang said the two institutions have "huge room" for cooperation. Last year, the pair cofinanced two projects -- a road linking Pakistan with Central Asia and a gas network in Bangladesh.

"Healthy competition is good," he said. "Our president met with the president of the AIIB nine times in the last two years. We are partners."