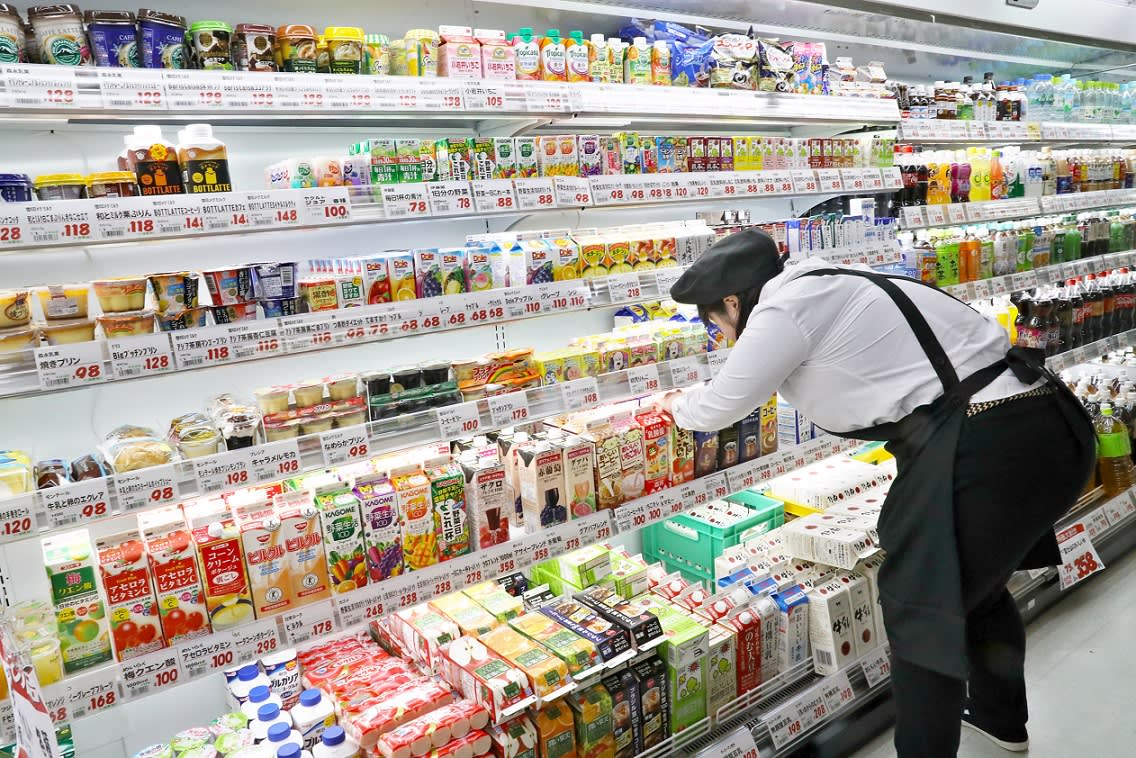 A part-timer at a Tokyo supermarket. A rise in part-time work has kept hours worked flat despite an uptick in the employed population.
April 1, 2017 06:00 JST | Japan
CopyCopied

TOKYO -- Despite a tightening job market that is putting upward pressure on wages, growth in Japan remains stubbornly slow as a labor shortage constrains business activity while part-timers and temps hesitate to loosen their purse strings.

The unemployment rate dropped to 2.8% in February, its lowest since June 1994 and a level that can be considered full employment. The ratio of job openings to applicants reached its highest point in a quarter century.

The job market's rapid tightening owes partly to a shrinking population. The working-age population peaked in 1997 at 86.99 million and has since fallen to 76.2 million in February. This represents an average loss of roughly 500,000 a year over two decades -- a rate of decline unmatched among developed countries.

The other main factor is improving business sentiment. The industrial production index rose 2% on the month to 102.2 in February, preliminary data shows. Japanese companies are racing to secure labor workers in anticipation of a tailwind from a gradual recovery in the global economy.

Though rising demand for goods and services should encourage corporate growth, a lack of personnel is limiting what businesses can offer. Restaurant operator Royal Host, a Royal Holdings group member, ended round-the-clock service in February. Skylark plans to have 70% of its 24-hour eateries close at 2 a.m.

The logistics industry has not kept up with the surge in home delivery from the spread of e-commerce. Such couriers as Yamato Holdings subsidiary Yamato Transport are reworking services and rates.

Increased labor force participation by women and seniors has mitigated the impact of the lower working-age population. The number of employed people grew 510,000 on the year in February. Employment increased by 330,000 among women and 260,000 among men aged 65 and older but fell by 80,000 among 15- to 64-year-old males.

But part-time workers account for much of this growth. So total hours worked -- an indicator key to economic growth -- remain flat. Though companies are turning part-timers, temps and similar workers into full-fledged employees amid the scramble for labor, the trend is starting to reach its limit.

The working population also seems to be peaking. Seasonally adjusted data for February shows employed people declining 210,000 on the month.

The Daiwa Institute of Research estimates that Japan's potential growth rate will drop 0.14 point if the working population remains flat. This is not trivial with potential growth now at just 0.8%. Boosting potential growth to 2% through workforce expansion alone would require an additional 1.9 million workers.

Though a tight labor market should accelerate wage growth, the pickup is now limited largely to small and midsize enterprises. And uncertainty over the future is driving many consumers to build up savings rather than spend. Stagnant demand has left many businesses unable to pass on rising labor costs to customers. The consumer price index, excluding volatile fresh food, ticked up just 0.2% on the year in February.

The tight labor market has not fueled the hoped-for virtuous cycle of wage and price growth. With the economy at full employment, "the government should focus on productivity-boosting reforms, such as making it easier for workers to move to growth industries, rather than increasing demand," said Ryutaro Kono of BNP Paribas Securities (Japan).