Time to worry about political risk? 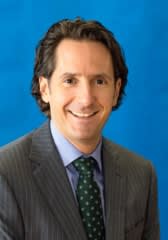 Plenty of challenges lie ahead for investors in Asia in the coming year. The U.S. Federal Reserve's scaling back of its bond-buying program is an obvious one. Another is the slowdown in China, long the region's growth engine. Fading competitiveness, rising debt, festering pollution, energy shortages and challenging demographics only add to the regional headaches, if not in equal measure for every economy. Now politics has moved up the agenda, too. In recent months, tensions have grown across the region.

An island dispute between China and Japan dominates the headlines. In North Korea, meanwhile, a leadership reshuffle, of a rather involuntary kind -- the execution of Kim Jong Un's uncle, Jang Song Thaek -- offered a stark reminder of the risks on the peninsula. Further south, the streets of Bangkok are once again filled by demonstrators, threatening an election scheduled for early February. Bangladesh and Cambodia are also struggling with violent protests. Elections this year in India and Indonesia further add to uncertainty.

Asia has never been a quiet region. Tensions between and within countries have always been part of the landscape, at times with tragic consequences. Recent events serve as a powerful reminder that political institutions, whether national or international, have not yet sufficiently matured to contain periodic unrest and tensions. As impressive as the region's dash to prosperity has been, politics has not always kept pace.

Yet, recent headlines notwithstanding, Asia also made real political progress over the years. One only need look to South Korea, which has become a vibrant democracy. Indonesia, too, after years of turmoil and decades of authoritarian leadership, has cemented its democratic institutions. This year's election, while adding to uncertainty amid economic challenges, will likely provide a smooth transition of power. Local officials are increasingly responsive to the needs of citizens as the new mayor of Jakarta, Joko Widodo, can attest. He was named one of the most popular mayors in the world in a recent survey.

The Philippines, through trials and tribulations, has blossomed as well. President Benigno Aquino Ⅲ, backed by people power, has started to tackle corruption with unprecedented verve and a peace agreement with southern separatists may also be within sight. To the west, in Malaysia, elections have become more competitive over the years, with fresh forces making themselves felt. In India, likewise, new parties pressing for greater accountability are springing up, as the strong showing of Aam Aadmi in New Delhi's recent polls shows. Challenges remain in all these countries, as elsewhere. But it would be rash to dismiss the progress so far.

Not all doom and gloom

For all the recent news about the region's political travails, it is important to keep developments in perspective. Progress, it is true, is required to match Asia's political evolution to its galloping material progress. Yet things are stirring, and not all for the worse. The headlines may also exaggerate the damage wrought by regional tensions. There are signs, for example, that the economic relationship between China and Japan has not suffered nearly as much as their recent stand-off might suggest: Japanese companies report improved access to the mainland market over the past year.

Elsewhere, protests and activism reflect a growing political consciousness among citizens. Rising prosperity, along with wider education, breeds a search for more accountability. Thanks to smartphones and Twitter, information has become harder to control, and challenges to authority far easier to coordinate and sustain.

Thailand's troubles seem more peculiar. Competitive elections, long sought in other countries, have not delivered the compromise and stability that were promised. Yet, the country's institutions have proved remarkably resilient over the decades despite the deep divisions, with the recent turmoil fitting a pattern of unrest that is punctuated by brief periods of tranquility. The country's search for a lasting solution is plainly taking longer than elsewhere. But, undeniably, more and more people have been drawn into the process, possibly signifying a halting sort of progress.

What, then, will the coming year bring? Easy solutions to the region's political dilemmas are not in sight. Many reports underplay the progress that has been achieved, but that may give little reassurance to investors pondering prospects for 2014. Conflict and turmoil will persist in Asia until political institutions fully mature. Alas, that is hardly news for those who have followed regional events over the years.

Economic progress has rarely failed in Asia despite turmoil. This is not to ignore political risks -- although they lie elsewhere. Asia requires far-reaching structural reforms to revive growth. The worry is that the region's leaders lack the appetite for painful but necessary adjustments. Cutting subsidies, curtailing red-tape, opening economies to foreign competition, pruning the privileges of state-owned enterprises -- all these reforms are needed in Japan, China and India as well as in Asean. In this regard, Asian politics isn't so different from that found elsewhere.