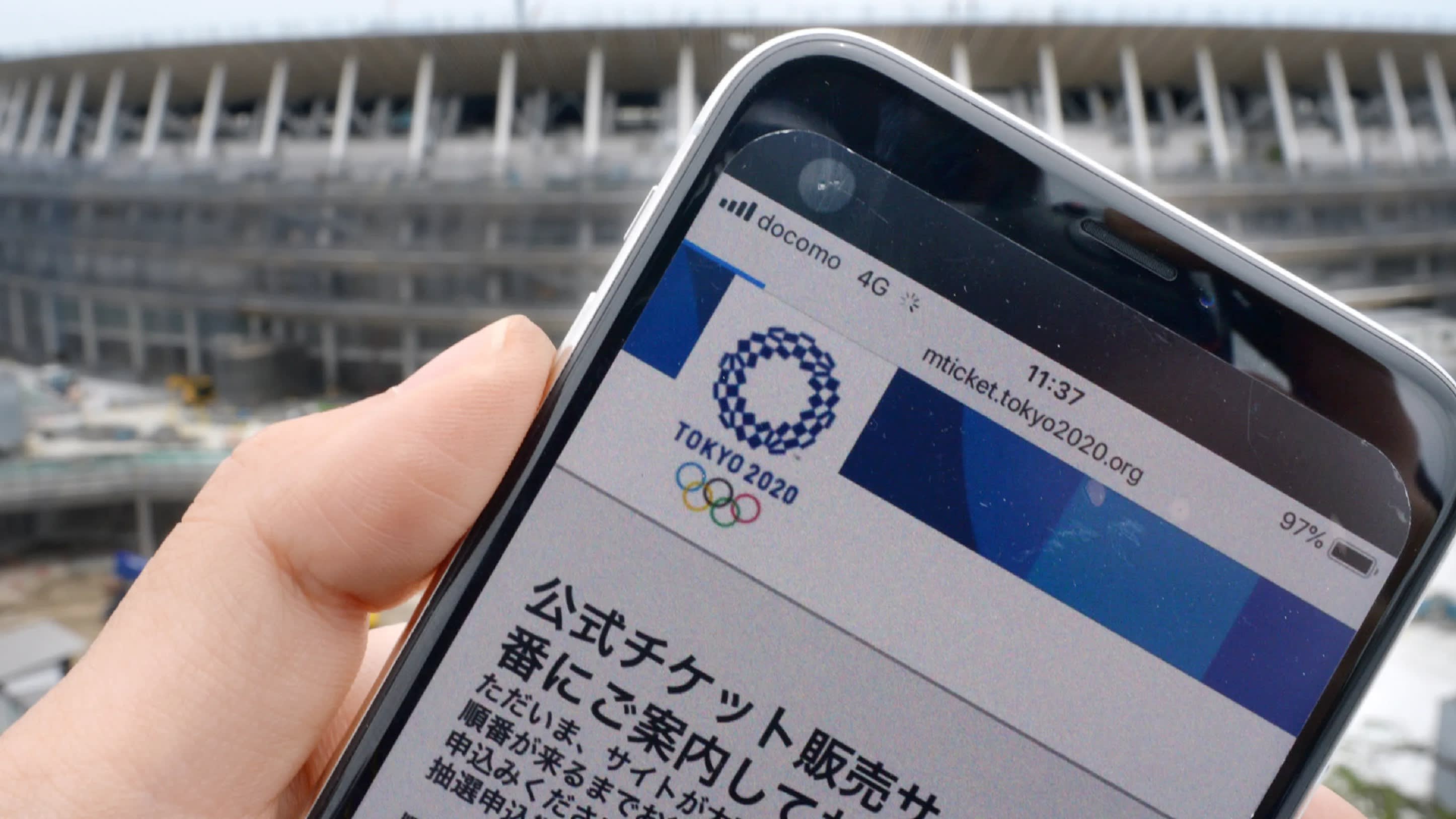 TOKYO -- The online ticketing site for the 2020 Summer Olympics in Tokyo opened on Thursday, only to be overloaded by a stampede of visitors, with many customers unable to access the lottery application for long stretches of time.

The games' organizing committee had taken steps to prepare for the initial wave of traffic. A virtual "waiting room" able to accommodate tens of thousands of users was set up to handle the overflow if too many people tried to visit at once. A committee insider expressed confidence that applicants "should be able to complete the process without delay."

But when the site opened at 10 a.m., the traffic load was so heavy that 13,000 people were shunted to the waiting room within the first minute. In just 15 minutes, users were unable to even connect to the waiting room, instead seeing a message informing them that the website is "currently experiencing a very high volume of visitors" and telling them to try again later.

The waiting room queue reached roughly 180,000 visitors at its peak around 5 p.m., according to the committee. The site received a total of 1.3 million access attempts between 10 a.m. and 5 p.m.

The committee believes some users were under the mistaken impression that tickets were being sold based on application order, rather than via a lottery, leading to a rush to get in first. It urged people to take their time, as applications can be submitted through May 28.

The planners also say slow processing of login attempts apparently contributed to the problem. While 3.19 million had already signed up for IDs as of 12 a.m. Thursday, many who had not yet registered were also trying to access the login page, possibly aggravating the traffic issue.

The head of the committee's ticketing department said its systems' capacity would be expanded to keep the problem from recurring. "The issue was the surge of traffic, not the site itself," he said.

Meiji University professor emeritus Hiroo Ichikawa, an expert on crisis management, criticized the committee's planning. "They underestimated how much traffic the site would get," he said.

The organizers also "may not have properly communicated that sales would not be first-come, first-served," he said.