Short rides shoot up 20%, but some seniors balk 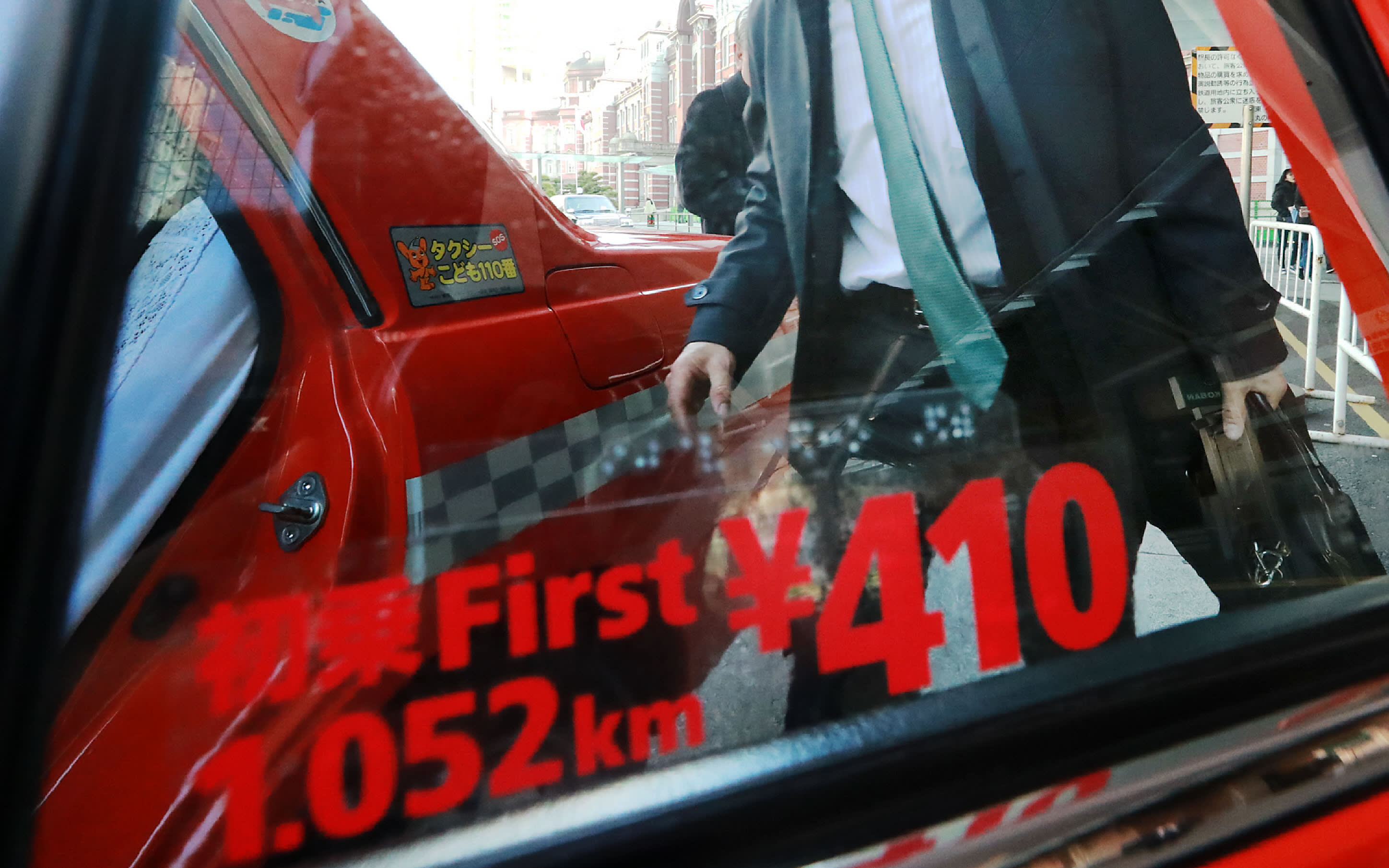 TOKYO -- Catching a cab is an increasingly used means of getting around for people in the Japanese capital, thanks partly to new fares that make quick trips more affordable.

Rides up to 2km jumped 20% on the year to about 3.81 million for the three months from Jan. 30, when the new schedule took effect, figures compiled by Nikkei Inc. show.

The rate reductions aim to encourage short trips, and the first three months under the new regime attest to consumer interest in affordability. Rides up to 2km rose 22% at leading Tokyo taxi operators Nihon Kotsu, Kokusai Motorcars and Hinomaru Kotsu, and 11% at Daiwa Motor Transportation.

"Businesspeople and housewives have increased the frequency of jumping in a cab," a Nihon Kotsu official said.

"I feel like I'm getting four or five more rides a day, but not many people ride for a 410 yen distance," a Tokyo cabdriver said. Seniors account for a majority of short-distance riders. But some are not happy about the change.

"I feel more hesitant hailing a cab now because of drivers' attitudes," said a 76-year-old woman living in Tokyo. She senses that drivers do not like short rides and sometimes ends up taking a bus to the train station, less than 2km from home.

Service enhancements to make rides more accessible would seem to be taxi operators' next challenge.

Nikkei looked at the period from Jan. 30 to April 30, excluding Feb. 29 of last year. The four companies together operate a fleet of around 4,500 taxis.