The effort is being spearheaded by Tokyo Gov. Yuriko Koike as a key part of her strategy to help the city's economy grow. Fifteen people, including officials from banks, brokerages and investment funds, took part in a panel meeting in November of last year.

"When I was an anchorwoman 20-something years ago, the markets in Tokyo were vibrant," Koike told the participants. "I want to revive Tokyo as a global financial market," she said. She cited an estimate that found that if Japan were able to raise the share of the financial industry in the economy to the level of Britain, it would add 30 trillion yen ($262 billion) to Japan's gross domestic product. "The revitalization of the financial sector in Tokyo is essential," she said.

Working behind the scenes is Yasushi Ando, chief executive and chief operating officer of Tokyo-based private equity fund New Horizon Capital. Ando, who serves as an adviser to the Tokyo Metropolitan Government, helped Koike choose the panel members. Ando is not a member of the group himself.

Ando and Koike built a rapport as he accompanied her as part of a delegation of Japanese investors on a visit to the Middle East. Ando said Koike is a politician who can discuss things from an investor's point of view. 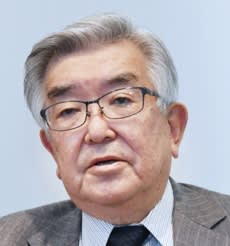 The panel is chaired by Atsushi Saito, chairman of private equity specialist KKR Japan. He has also served as president of the Industrial Revitalization Corp. of Japan and Japan Exchange Group.

If the framework aimed at attracting foreign investors to Tokyo is established, Saito said, the economic effects will be far greater than those generated by an increase in overseas tourists. Saito said manufacturing alone cannot lift Japan's economic growth, expressing hope that Tokyo will draw many foreigners into the financial sector.

He is trying to develop the asset management business. The idea is that global money will return to Tokyo along with financial experts working in asset management, and that by fostering such companies, Japan's overall growth will rise. Panel member Nobuo Sayama, a representative director with Tokyo-based private equity fund Integral, is calling for more human resource development. He said the outflow of talent from Japan to Singapore and Hong Kong is a crisis for the industry. Sayama believes such talent plays a major role in the financial sector. Among his proposals is to "cut corporate taxes especially for asset management companies and bring back talent from overseas."

There have been a number of efforts to make Tokyo into a global financial center since Japan's bubble economy of the late 1980s burst, but none has borne fruit 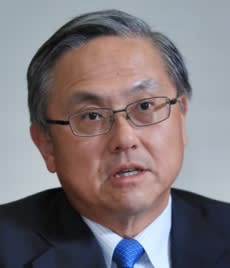 Another member, Takeshi Kunibe, chairman of Japanese Bankers Association and president of Sumitomo Mitsui Banking, has seen how previous efforts fell by the wayside. He said he hopes Koike's leadership will make the latest project a success. Kunibe said that now is the best time for the project, as Japan is on course to escape deflation with the help of Japanese Prime Minister Shinzo Abe's economic stimulus policies.

For starters, he believes Japan's household financial assets, valued at 1,750 trillion yen, should be used to support the growth of Asia's economies, including Japan, with the goal of turning Tokyo into the region's financial hub. Nurturing asset management companies and attracting foreign players are key, according to Kunibe. At present, if a foreign resident who has been working in Japan for a certain period dies, for example, both his domestic and overseas assets are subject to inheritance tax. He said such regulations are a risk. He also said serious tax reforms are needed, including lowering corporate tax rates.