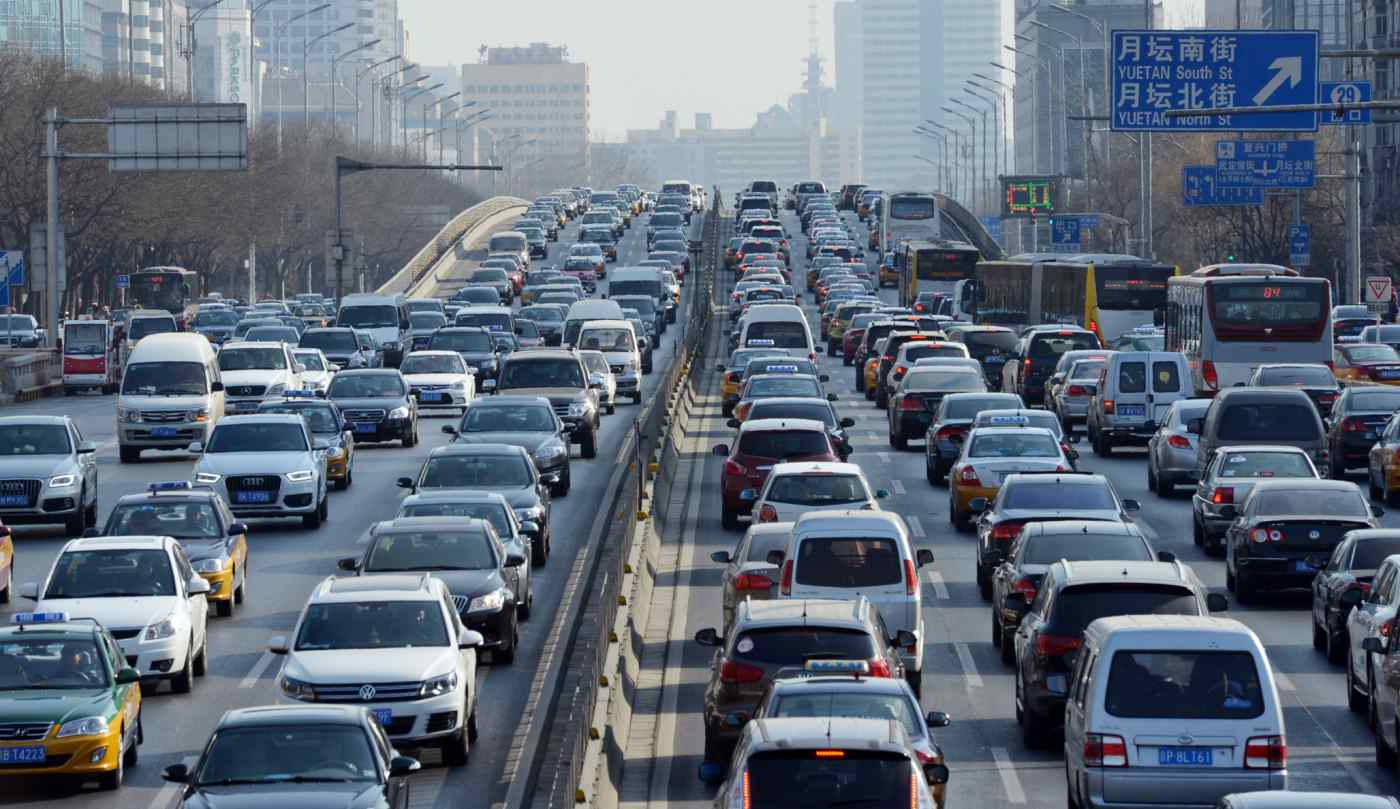 I lived in Beijing for two years, in 1991 and 1993, and have visited the city almost yearly since then. Back in the early 1990s, traveling around Beijing was a breeze if you had privileged access to company cars or the money to afford a taxi.

The vast majority of residents had neither the privilege nor the money, so they navigated the city by bicycle, or packed like sardines in slow-moving buses, or by subway, which, with only two lines, was not a very convenient way to get around.

Fast-forward to the present, and even average salaried workers own cars. Taxis charge the same fares as before, which, in real terms, means they have become far cheaper. The subway network has been expanded to 18 lines.

If all this seems like a boon to the people of Beijing who need to get around their city, it is not. Rather than making transportation easier, it has only created more headaches. True, the buses are less crowded than before, but the congestion is far worse. Where once you could bicycle the back roads with ease, you now need to navigate an obstacle course of illegally parked cars. And the streets are alive with the sound of honking by harried drivers stuck in traffic. The chronic smog in Beijing is due in part to all the additional cars.

NO NEW WHEELS   The municipal governments of Beijing and Shanghai, seemingly thinking the root of the problem is too many citizens behind the wheel, have taken measures to curb car ownership by limiting the issuance of license plates. Of course, people could simply register their cars elsewhere, but the cities put an end to that workaround by banning cars with license plates from elsewhere in their urban cores. In Shanghai, the going price for license plates at auction is now around $14,400, about as much as a new car itself.

Beijing and Shanghai may seem affluent, but the per capita gross domestic product of these cities is less than half that of Japan. At that level, how is it conceivable that too many people own cars? There were 5.31 million registered cars in Beijing at the end of 2014. That exceeds the 3.94 million registered cars in Tokyo, but Beijing also has 60% more people. In terms of per capita car ownership, Tokyo still leads.

The problem is not that Beijing has too many cars, but rather that the cars are driven too much. 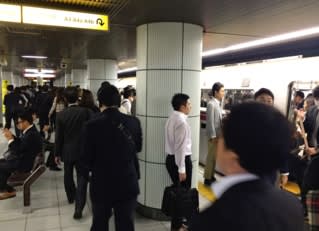 Many commuters in Tokyo take the subway.

When the people of the 23 wards of Tokyo step out, if not on foot, then trains and buses are the main modes of transportation in 66% of their outings, while bicycles accounted for 20%, and cars and taxis accounted for 14%. The ratios are revealingly different in Beijing. Back in 1986, city dwellers mainly rode bicycles in 63% of their outings. By 2009, that share had dropped to 20%, while the use of cars and taxis had jumped to 41% and the use of buses and subways to 37%.

DEAD ZONE   There are now 18 subway lines in the Chinese capital running on 527km of track, which far exceeds the 13 lines and 304km of track in Tokyo. But Tokyo's public transportation network is more all-encompassing, including JR and other private rail lines, in addition to the subways.

But the biggest difference between Tokyo and Beijing is not the number of lines, it is what is around the stations.

As a rule, merchants and businesses in Tokyo cluster near train stations. Shopping districts are situated in front of stations, and one can always find supermarkets, convenience stores and restaurants nearby.

That is not true in Beijing. Exit a subway station and you will not see a single convenience store. It is not unusual to find only one or two pushcart vendors, and nothing resembling an actual store. Instead, large compounds surrounded by high walls occupy the prime real estate, leaving no space for shops.

Beijing and China's other large cities built their public transportation networks too quickly, and the composition of the surrounding streets has not kept pace. Simply adding more lines will not persuade residents to make greater use of the subways. It is important to change the mix of facilities around stations to make subways more convenient.

HUB AND SPOKES   Another aspect of poor urban planning that adds to Beijing's traffic woes is the overconcentration in the city center.

A number of ring roads loop around the Forbidden City, in the heart of Beijing. Tokyo also has ring roads, but in Beijing, the major centers of commerce, business, and culture all are inside the circle defined by the Third Ring Road, together with 4 million residents.

The comparable road in Tokyo is Ring Road 7. Only 2.7 million people live in the 11 wards encompassed by this road to the west and the Sumida River to the east. Most Tokyoites live outside this loop.

In Beijing, the Fifth Ring Road, which forms a loop with a 15km radius around the Forbidden City, separates the urban center from sparsely populated areas, mostly farming villages, farther out. At a comparable distance from the center of Tokyo sit other densely populated cities -- Kawasaki, Machida, Tokorozawa, Saitama, Ichikawa, Matsudo and Funabashi. And beyond those are other urban centers -- Yokohama, Sagamihara, Hachioji, Tachikawa and Chiba -- which provide corridors for the outward flow of people.

In order to improve traffic flow, China's big cities need to do more than build infrastructure. They must alter the composition of the cities themselves. To do this, they must promote the buying, selling and leasing of property. In time, the areas around stations will become prime locations, attracting stores and shoppers and giving people reason to take the subway instead of their cars.

MORE IS LESS   In Tokyo, buying land for road construction is difficult. It can take decades to get the permits and complete construction. In Beijing, tearing down buildings to widen roads is a snap. 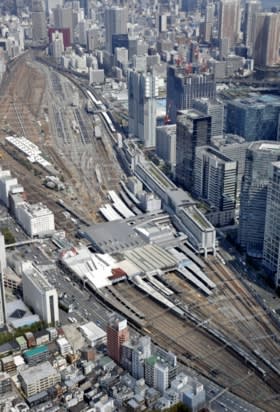 Shinagawa Station in Tokyo is surrounded by a dense cluster of high-rise office buildings.

But when the roads are widened, the congestion gets worse, rather than better. That may seem counterintuitive, but the fact is that wide roadways are less convenient for pedestrians and bicyclists, forcing people to use their cars even more to get around. And if you happen to be on one side of a wide road in Beijing and spot a convenience store across the street, you have to be in desperate need before you will go. It is a feat to make it across while the light is green.

Beijing has rushed headlong into widening its streets on the mistaken assumption that this would ease the flow of traffic. Revamping the streets to make them more people-friendly will be an arduous task, but if Beijing looks to Tokyo, it will find many helpful hints.

Tomoo Marukawa is a professor at the University of Tokyo. This article was first published in the January 2016 issue of the monthly magazine "Trends in the Sciences" edited with the cooperation of the Science Council of Japan.