Tourist arrivals to Japan fall for first time in 6 years 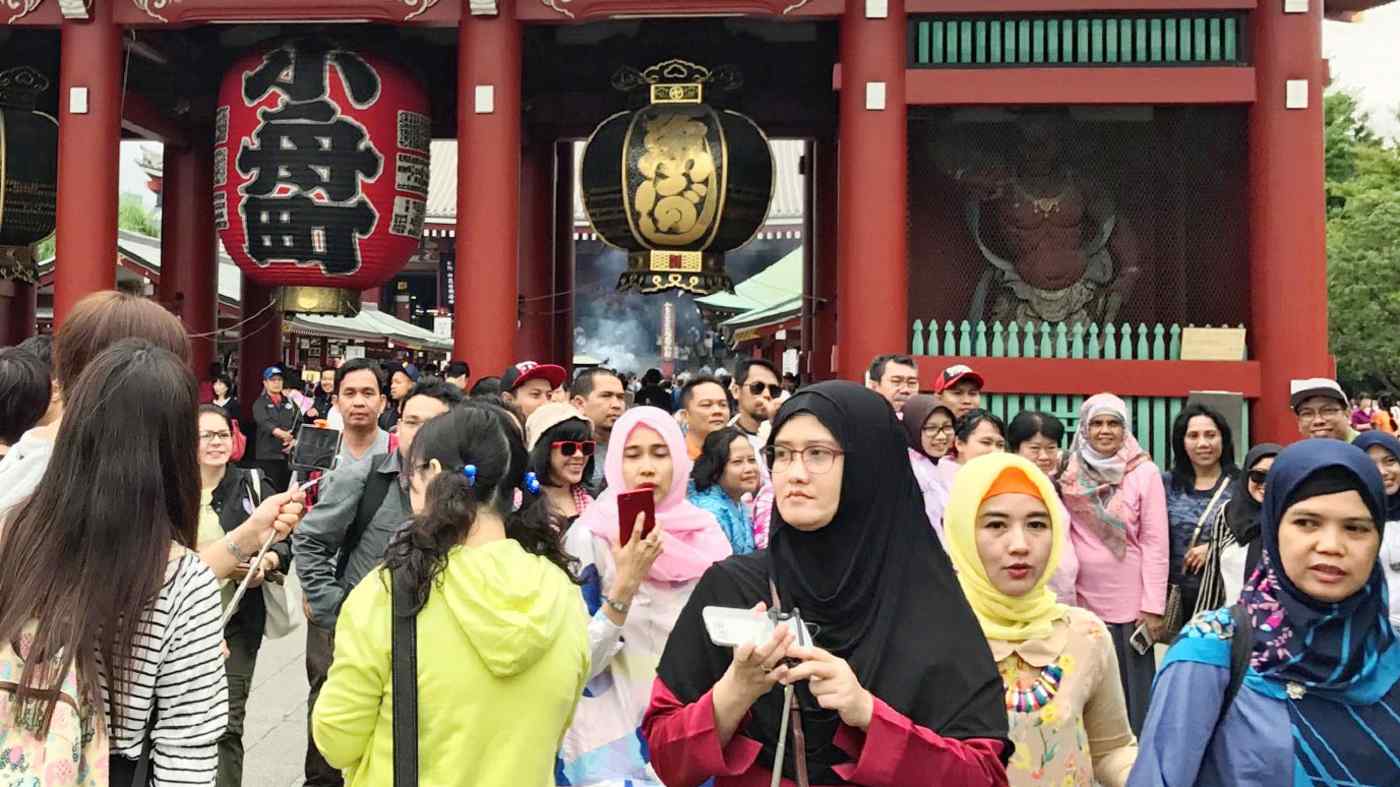 TOKYO -- The number of tourists visiting Japan fell by 5.3% on the year in September, marking the first decline in almost six years.

The Japan National Tourism Organization on Tuesday revealed the figure, which had declined to 2.16 million from 2.28 million in the same month last year.

The fall, the first since January 2013, was largely put down to the series of natural disasters hitting the country in recent months.

Many believe the drop will be temporary, but Japan Tourism Agency chief Hiroshi Tabata warned that the effects could continue into October.

Kansai International Airport near Osaka was forced to close temporarily after being damaged by Typhoon Jebi on Sept. 4, and many tourists canceled their plans following the earthquake that struck Hokkaido the same week.

Tourism was also affected by an earthquake in Osaka Prefecture and heavy rains in western Japan in June and July. Growth during July and August fell into single digits.

The closure of Kansai Airport had the most significant effect on visitor numbers, as one in four inbound tourists arrives through the airport. The Hokkaido earthquake also forced New Chitose Airport near Sapporo to close.

Facilities at both airports are now close to being fully restored, and tourist numbers are beginning to pick up.

The public has called on the government to prioritize the distribution of accurate information to foreign tourists in the event of an emergency, given the country's susceptibility to natural disasters.

Suga said the government had implemented a number of measures, including setting up a 24-hour call center for foreign visitors and a travel incentive scheme partially subsidizing trips to Hokkaido.