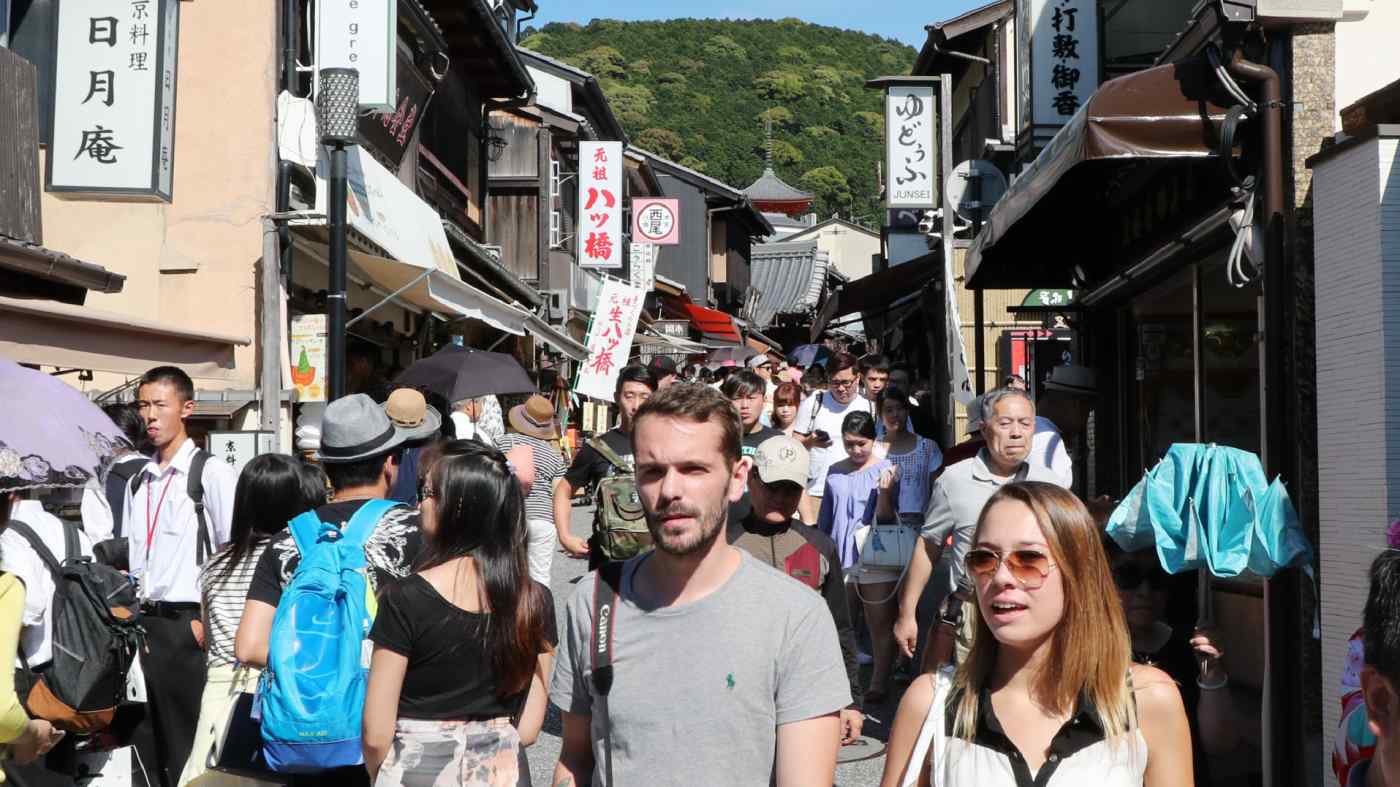 Tourists in Kyoto. Visitors from the U.K., Italy and elsewhere in Europe stayed longer and spent more in Japan during the April-June period.
July 19, 2017 23:41 JST | China
CopyCopied

The figure is the highest for a quarter since the survey began in the April-June quarter of 2010. A steady rise in tourists from such places as South Korea and Hong Kong pushed up the total.