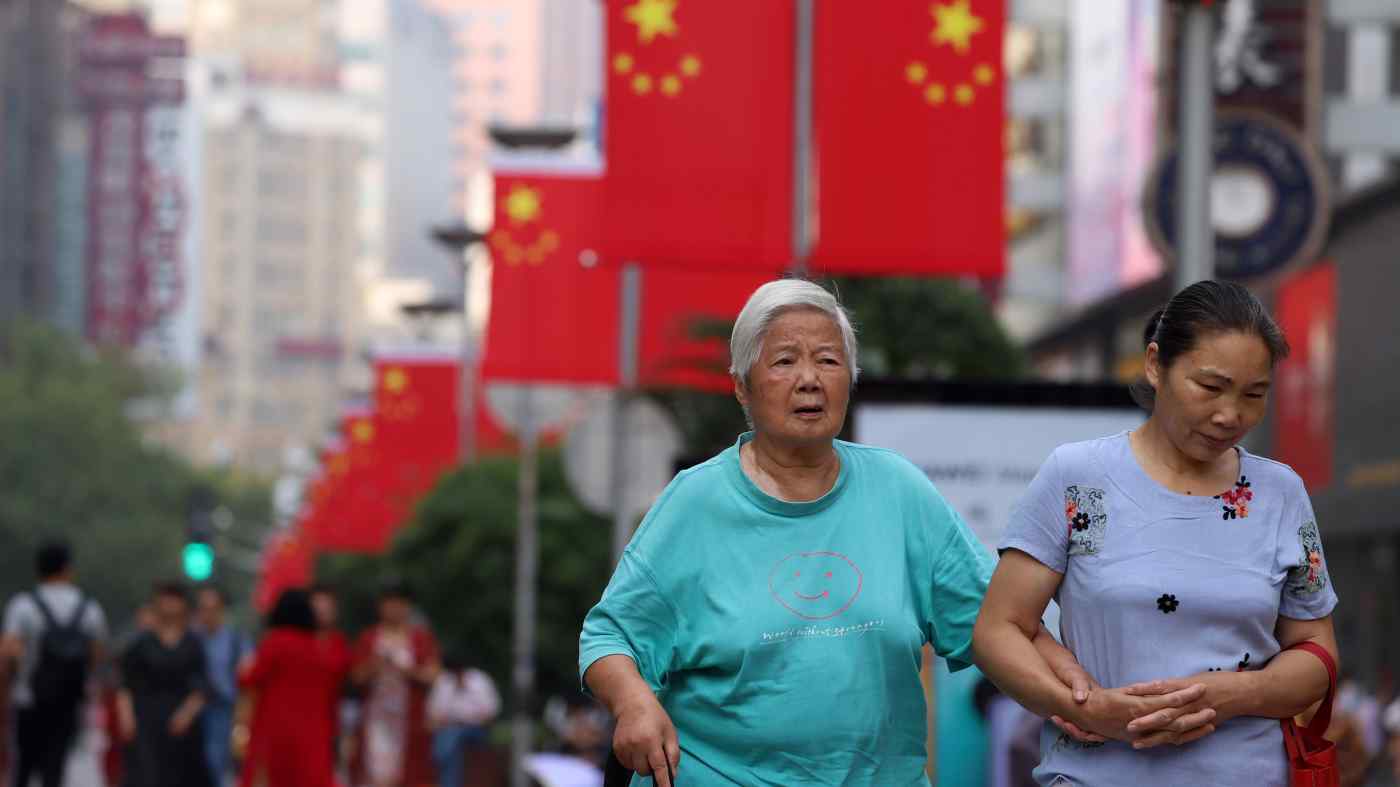 The trade war with U.S. and the coronavirus pandemic forced the government to repeatedly offer generous stimulus to ease Chinese companies' burden of social welfare contributions.

But this led to a smaller pension pot. Social security expenditures for fiscal 2020 are set to exceed revenues for the first time since 1998, creating red ink.

This comes at a particularly unfortunate time for the country's social safety net as a large chunk of China's own baby boom generation reaches retirement age in 2022.

China offers seven types of programs to citizens including pensions, medical insurance and insurance covering work injuries, unemployment or maternity. Receipts are collected in a general trust fund that disburses payments to beneficiaries.

But revenue into the general fund will shrink 4% to 7.73 trillion yuan ($1.09 trillion) under the 2020 budget approved at last month's National People's Congress, while spending will jump 10% to 8.23 trillion yuan.

The deficit of nearly 500 billion yuan would cut the balance in the social insurance fund by 5% to 8.9 trillion yuan at the end of the year, the first such shrinkage since comparable data became available in 1998. China's aging population has caused entitlement payouts to surge. Social insurance receipts originate mainly from contributions paid by employees and employers, as well as government subsidies. Though subsidies are projected to grow 12% to a record 2.16 trillion yuan, contributions will fall 9% to 5.24 trillion yuan.

The drop in contributions is related to the U.S.-China trade war. To help companies struggling from tariffs, Beijing in May 2019 reduced the top fee bracket paid by corporations to 16% of employee wages, down from 20%. As a result, companies paid 425.2 billion yuan less in social welfare contributions last year.

Similar measures followed after the novel coronavirus epidemic swept through the country this year. The government eased pension and unemployment contributions, especially for small, micro and midsize enterprises. A sum of 500 billion yuan was wiped out from social insurance receipts between February and June alone.

The relief measures were slated to expire at the end of June, but Premier Li Keqiang announced an extension to December when he delivered the government work report last month.

Meanwhile, the aging of China's population shows no sign of slowing. The country experienced a baby boom after 1962, the final year of the Great Leap Forward campaign that caused mass starvation. Those born in that year will reach the retirement age of 60 in 2022. Over 20 million people were born each year between 1962 and 1976, a survey conducted in 2010 found. That equates to mass retirements taking place for no fewer than 15 years, sparking a surge in state pension and health care payouts.

This year's government subsidies to the social welfare program will exceed defense spending by 70%. Entitlement spending is on track to squeeze China's treasury, much like it does in neighboring Japan.

The central government does not disclose extended outlooks for social insurance finances. The Chinese Academy of Social Sciences has published a first-of-its-kind estimate for the urban worker pension fund. The state-backed think tank delivered a shocking forecast that reserves will scrape bottom in 2035.

Experts have floated raising the retirement age, but the idea is a third rail among senior citizens. And if older workers must stay on the job longer, first-time job seekers may find themselves frozen out of a labor market slammed by the coronavirus.

In his government work report, Li vowed to expand state financial support for health insurance and raise pension payouts, regardless of the budget implications. Even China's one-party state is forced into a political balancing act when it comes to entitlement reforms.

To sustain a population of pensioners that will approach 300 million, the Communist Party might have to consider curbs on military and domestic security spending -- two areas that have propped up party rule. Such an outcome may affect the long-term security balance in Asia, as well as the sustainability of China's current power structure.