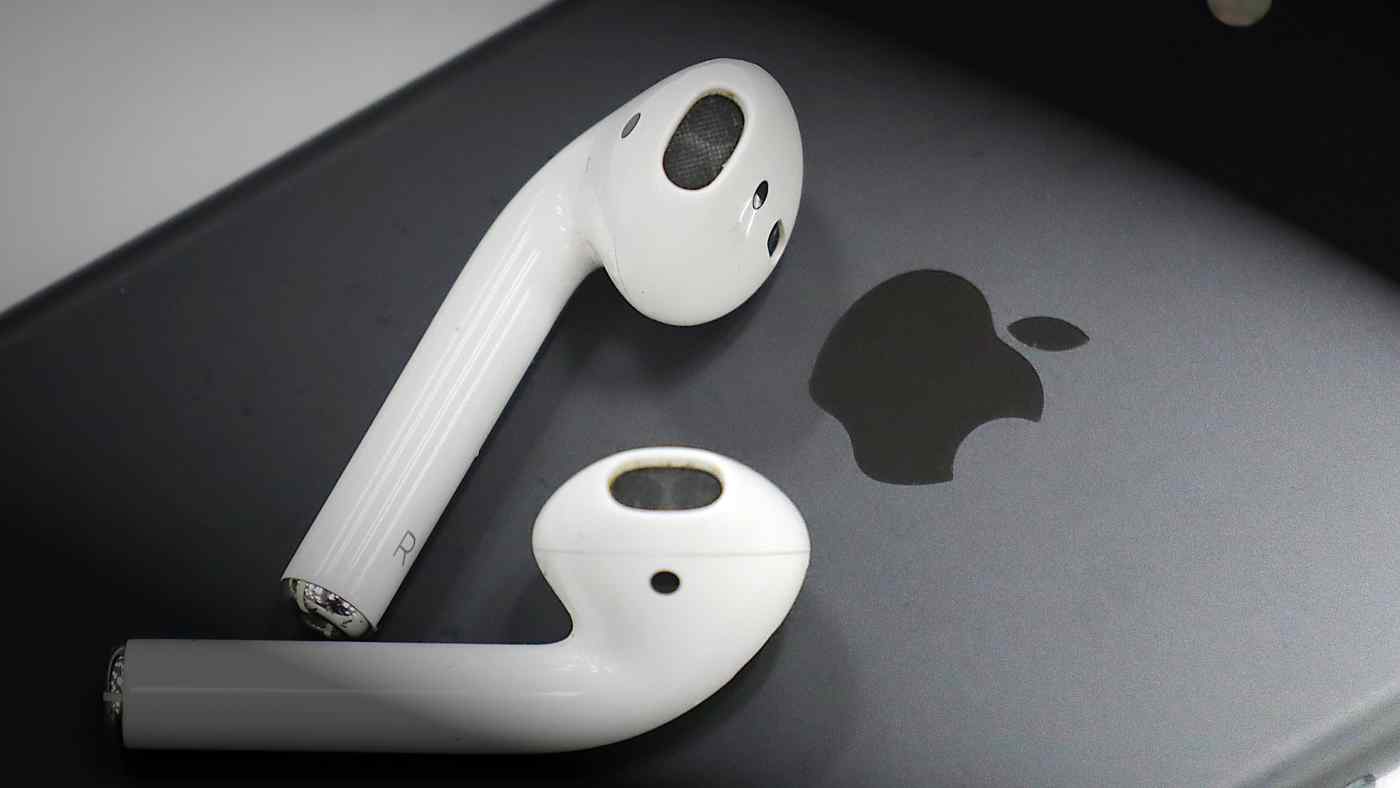 TAIPEI -- Apple is about to start trial production of its popular AirPods wireless earphones in Vietnam as the company accelerates plans to diversify manufacturing of its consumer electronics lineup beyond China, Nikkei Asian Review has learned.

China's Goertek, one of Apple's key contract manufacturers, this summer will begin testing the resilience of its manufacturing processes for the newest generation of AirPods at the company's audio factory in northern Vietnam, two sources with knowledge of the plan said.

This will mark the first production of the wireless earbuds -- which came to market in 2016 -- outside the world's second-largest economy. They are Apple's fastest growing product, racking up 35 million shipments last year against 20 million in 2017.

Apple has written to components suppliers, asking them to support Goertek's efforts despite initially very small volumes, according to a communication seen by the Nikkei Asian Review.

"Suppliers are requested to keep the pricing unchanged for the trial production stage, but this can be reviewed once volumes are increased," said one of the sources with direct knowledge of the communication.

"The initial output will be limited, but it is easy to increase capacity once all the manufacturing procedures are running smoothly," the person said.

Goertek did not respond to Nikkei's request for comments.

Apple has long sourced its traditional EarPods -- connected to the iPhone with wires -- in Vietnam. However, until now, AirPods have been made in China by suppliers Inventec, Luxshare-ICT and Goertek. Apple refused to comment on production plans for AirPods.

However, the move to launch trial manufacture, usually a precursor to mass production, in Vietnam comes as Apple explores with suppliers the consequences of sourcing 15% to 30% of its output outside of China, where cost and manpower advantages are beginning to fade. Nikkei Asian Review reported last month that the California tech giant had asked suppliers to examine the costs of such diversification.

AirPods are the world's best-selling wireless earbuds, with 60% of the market, and opened a new consumer electronics category when they were launched in late 2016. Samsung, Huawei and other traditional audio brands such as Jabra and Bose have all raced to introduce rival wireless earphones. Global shipments of all wireless earbuds are forecast to surge from 48 million pairs in 2018 to 129 million pairs by 2020, according to Counterpoint.

The strong growth momentum gives Apple the chance to accelerate diversification of production outside of China without necessarily reducing volumes there.

"It’s very likely that Apple will adopt the 'China plus one' strategy when it comes to diversification efforts," said Chiu Shih-fang, a supply chain analyst at Taiwan Institute of Economic Research. That meant the company would increase production in countries outside China without reducing Chinese volume significantly at the start.

"Reducing significant volumes inside China is too sensitive now for Apple, as well as for its suppliers," said Chiu. Moreover, initial diversification would involve "shipping some half-finished goods to the new destination and then assembling all these together. It will not build all the things from the beginning to the end."

Apple is sensitive to any perception that it might not be as committed to the country which has been a pillar of its success over recent decades. China has strongly backed Apple's manufacturing base, offering generous support for factories, infrastructure and energy and manpower costs. Over the past two decades the company's presence has helped to create a high quality and deeply connected supply chain capable of mobilizing hundreds of thousands of skilled workers and components at short notice.

Vietnam has emerged as a powerful alternative, thanks to the geographical proximity to China that benefits logistics, and to its lower cost, but highly skilled labor.

However, with just 95 million people -- roughly one-fifteenth the Chinese population -- Vietnam's workforce is limited, and there are already signs of potential labor shortages and rising wage costs as many companies move there to escape the fallout from U.S.-China trade tensions. President Donald Trump's threat to impose tariffs on Vietnam ahead of last month's Group of 20 summit has sparked concern among those looking to diversify to the Southeast Asian country.

"Many tech players are relocating or increasing production [in Vietnam] to avoid tariffs, given that it is close to China, and has a relatively complete supply chain compared with other Southeast Asian countries," said Karen Ma, an analyst specializing in emerging markets at Hsinchu-based Industrial Technology Research Institute. "However, everyone is now worried that Vietnam could become overheated and might soon suffer labor shortages, as well as increased production costs."