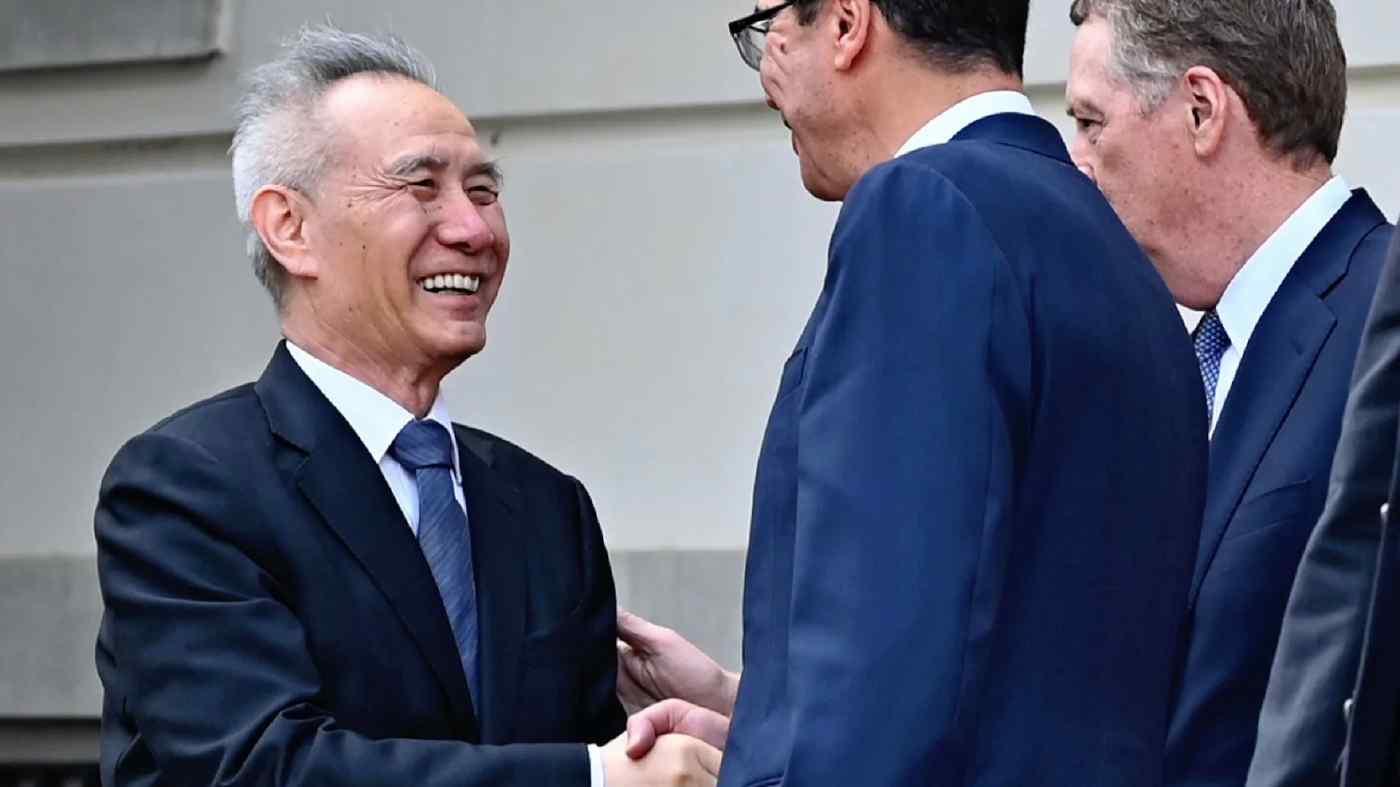 Chinese Vice Premier Liu He arrives at the office of the U.S. Trade Representative in Washington, where he was greeted by lead negotiator Robert Lighthizer, right, and Treasury Secretary Steven Mnuchin. (Photo by Taisei Hoyama)
TAKESHI KAWANAMI and ISSAKU HARADA, Nikkei staff writersMay 10, 2019 03:14 JSTUpdated on May 10, 2019 06:52 JST | China
CopyCopied