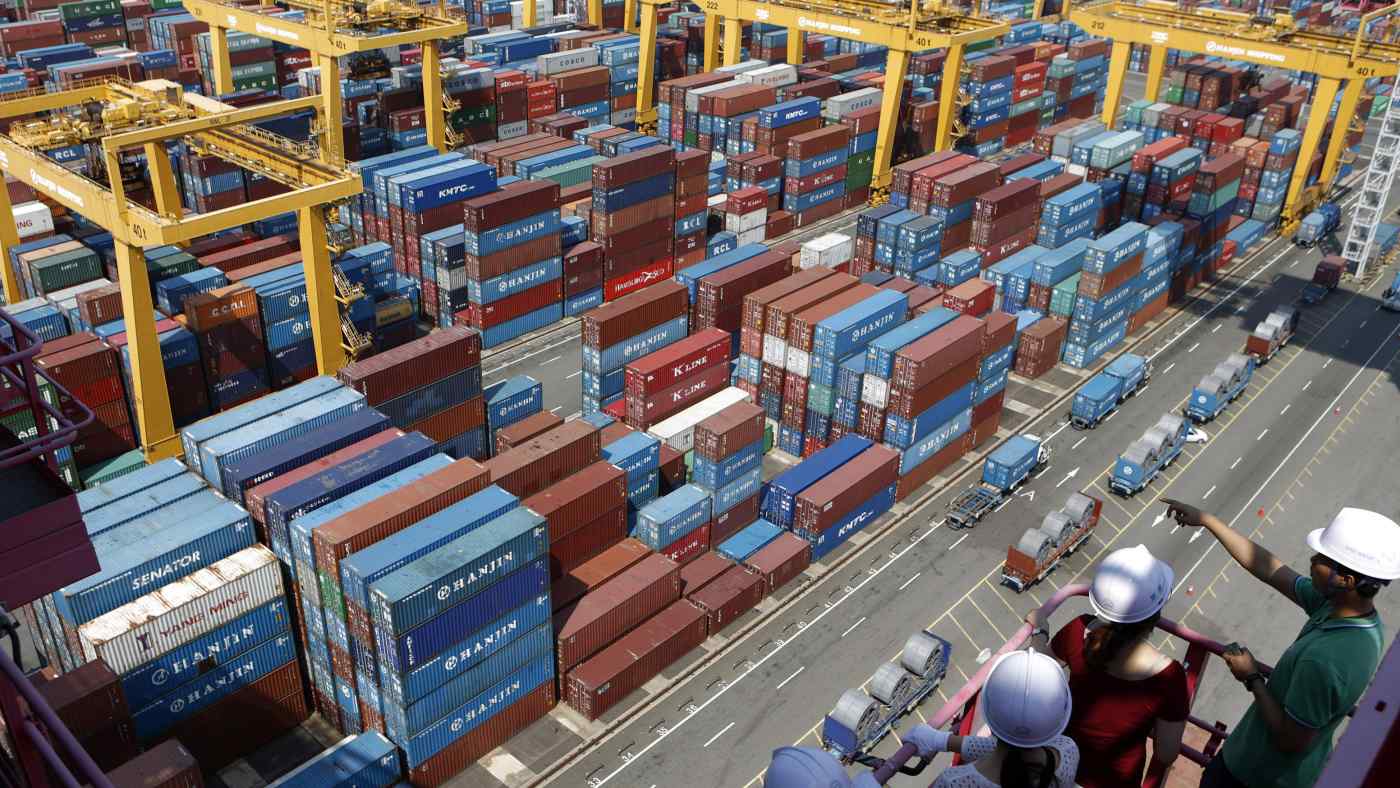 SINGAPORE -- Economic uncertainty stemming from escalating trade tensions between the U.S. and China has pressured Asian manufacturers, with the export-related indicator falling in the latest Nikkei Purchasing Managers' Index survey.

The monthly survey asks companies in major Asian countries and regions, excluding China, about changes in output, orders and other business conditions compared with a month earlier. A reading of over 50 indicates business expansion, while one below 50 shows contraction.

According to the August survey, the New Export Orders Index -- which shows the level of new export orders received during the month compared to July -- for the Association of Southeast Asian Nations fell to 48.7 from 50.7, hitting its lowest point since December 2016.

Among Southeast Asian nations, Singapore's figure dropped for the fourth consecutive month to 47.6 from July's 48.9, marking the lowest point in two years. Companies in Singapore pointed to reduced demand in Asian markets, reflecting softer global trade conditions, according to the survey.

The New Export Orders Index for South Korea also dropped in August to 48.8 from 50.1 in July, a four-month low. According to Joe Hayes, an economist at IHS Markit, which compiles the PMI survey, respondents in South Korea reported "difficulties in acquiring new customers due to increasing global economic uncertainty" despite the weaker Korean won.

According to a recent report from Singapore's Oversea-Chinese Banking Corp., China accounts for 24% of South Korean exports, with 79% of the figure being intermediate goods such as semiconductors -- products of Samsung Electronics and other electronics makers. Intermediate goods are typically used in home appliances or digital products assembled in China, from which final products are exported to the rest of the world. Thus, Korean makers will be hit hard if China decreases exports to the U.S.

The New Export Orders Index dropped in most economies covered by the survey in August, including the Philippines, Thailand and Japan. 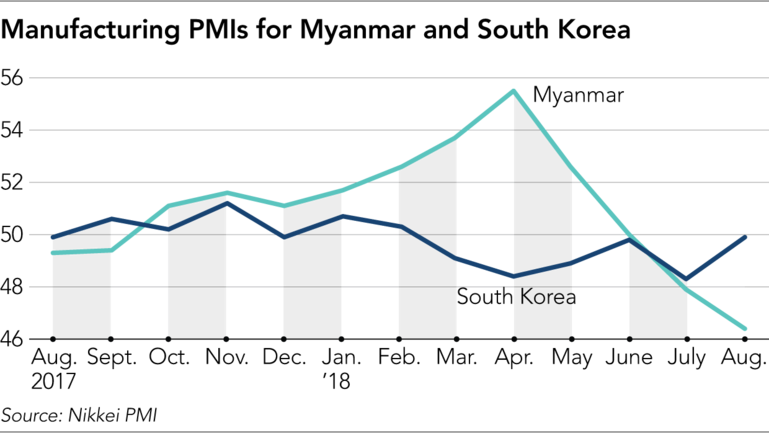 The declining export index comes amid the growing trade war between the U.S. and China. The tit-for-tat tariffs began in July, with tensions worsening in late August as the world's two biggest economies hit each other with new tariffs on $16 billion worth of goods. The administration of U.S. President Donald Trump is expected to levy another set of tariffs soon.

As most economies covered in the PMI do a significant amount of trade with the U.S. and China, the impact of the trade war will continue to be felt.

The August PMI survey also suggested that the economic uncertainty stemming from the trade tensions, together with worsening conditions in other emerging markets like Turkey and Argentina, have affected manufacturers: Weakening currencies in emerging economies have resulted in higher purchasing costs for manufacturers.

In Myanmar, the Input Prices Index rose to a record high of 79.9 in August from 69.1 in July due to the weaker kyat, the country's currency. A sharp fall in the kyat over the last couple of months pushed up the costs of imported goods, according to the survey. The kyat fell nearly 4% against the dollar during August. 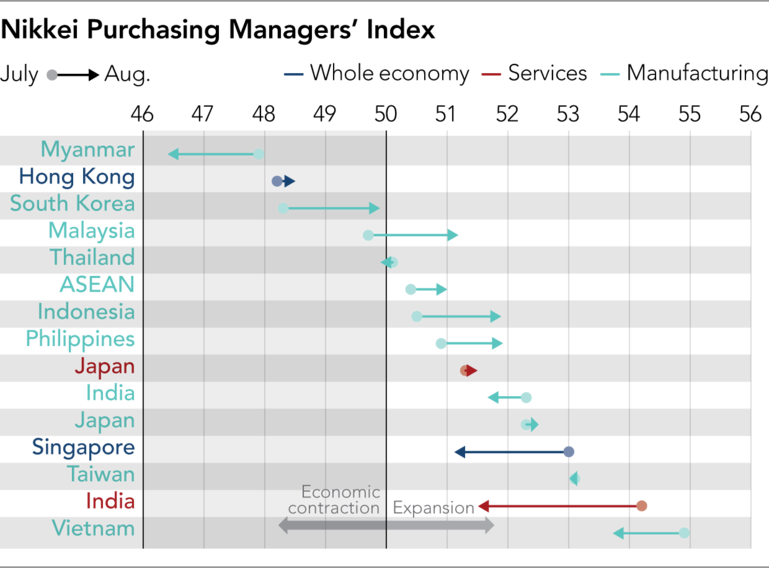 The Input Prices Index also rose to a three-year high of 60.6 in August in Indonesia, with the rupiah slumping 2% against the dollar during the month.

The Nikkei PMI covers 12 countries and regions, providing 15 sets of indexes. Overall, the August PMI picture for the region was mixed, with seven of the 15 PMIs registering drops from July's figure.

Vietnam performed the best at 53.7, followed by Taiwan at 53.0, while Myanmar was the worst at 46.4, a record low for the country.