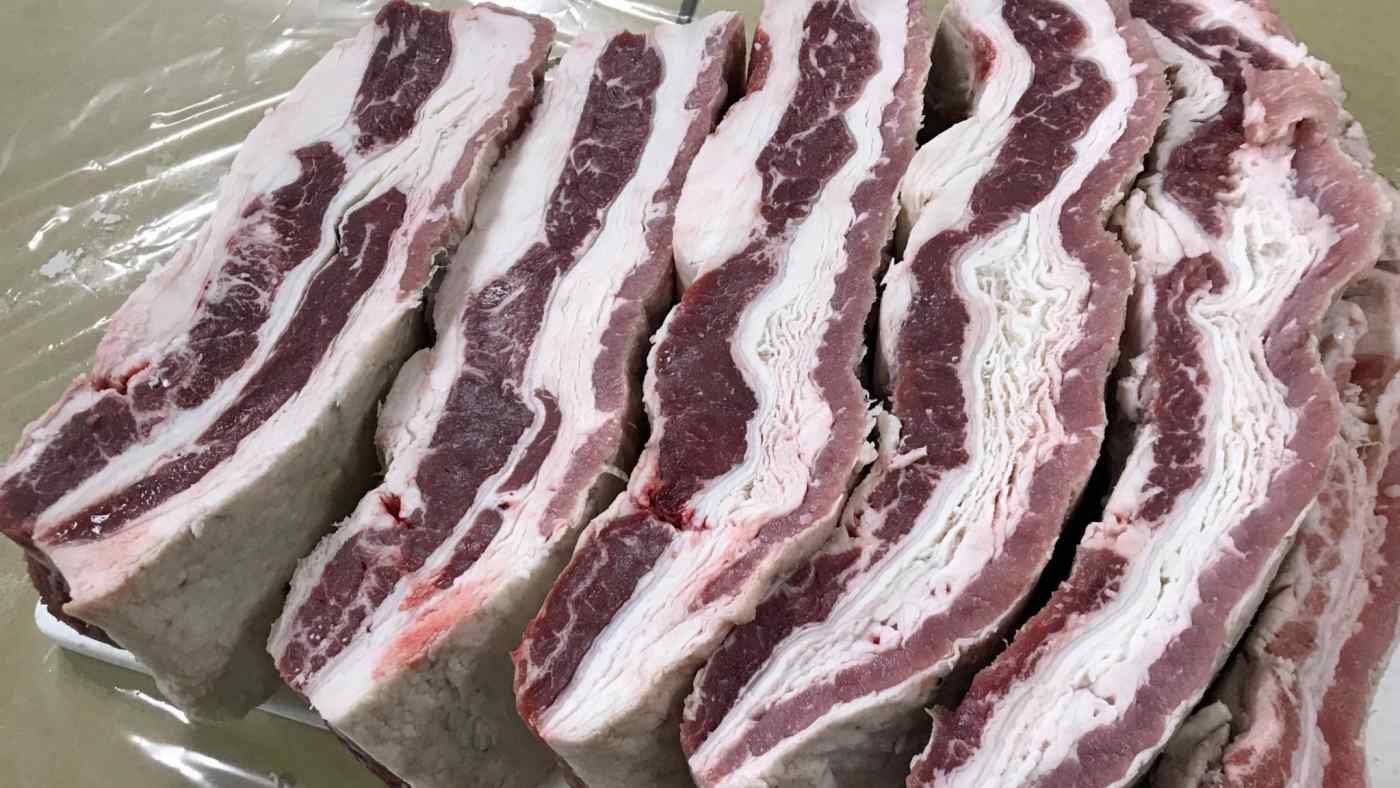 TOKYO -- Wholesale prices for Australian beef have surpassed those for U.S. imports here, a side effect of the Washington-Beijing trade war that has steered Chinese consumers toward products from Down Under.

"Normally, Australian-made beef would be about dozens of yen cheaper, but now it has reversed," said the chief of beef products at Sojitz's foods subsidiary.

The price reversals can be traced directly to the trade friction between the world's two largest economies. When China reopened the market to U.S. beef imports last year, prices started climbing on demand from mainland consumers.

Chinese demand for beef has been growing annually. The country imported 700,000 tons last year, or 11 times the volume five years earlier. American exporters of the meat have been expecting China to develop into a key market. But now the U.S. Meat Export Federation says "lost export opportunities over the next couple of years will be in the hundreds of millions of dollars."

Short plates, which have high fatty content, are not in high demand among American consumers, who prefer lean cuts. So exports of the frozen beef have been redirected to Japan, where it is chiefly used in gyudon rice bowls. The loosening supply balance has made American beef less pricey in Japan's wholesale market.

At the same time, China's insatiable demand for meat, used in traditional dishes like hot pot, has pushed the country to turn to Australia as a substitute. In June, Australia exported 15,000 tons of frozen and refrigerated beef to China, up around 70% from the same month last year, reports industry group Meat & Livestock Australia.