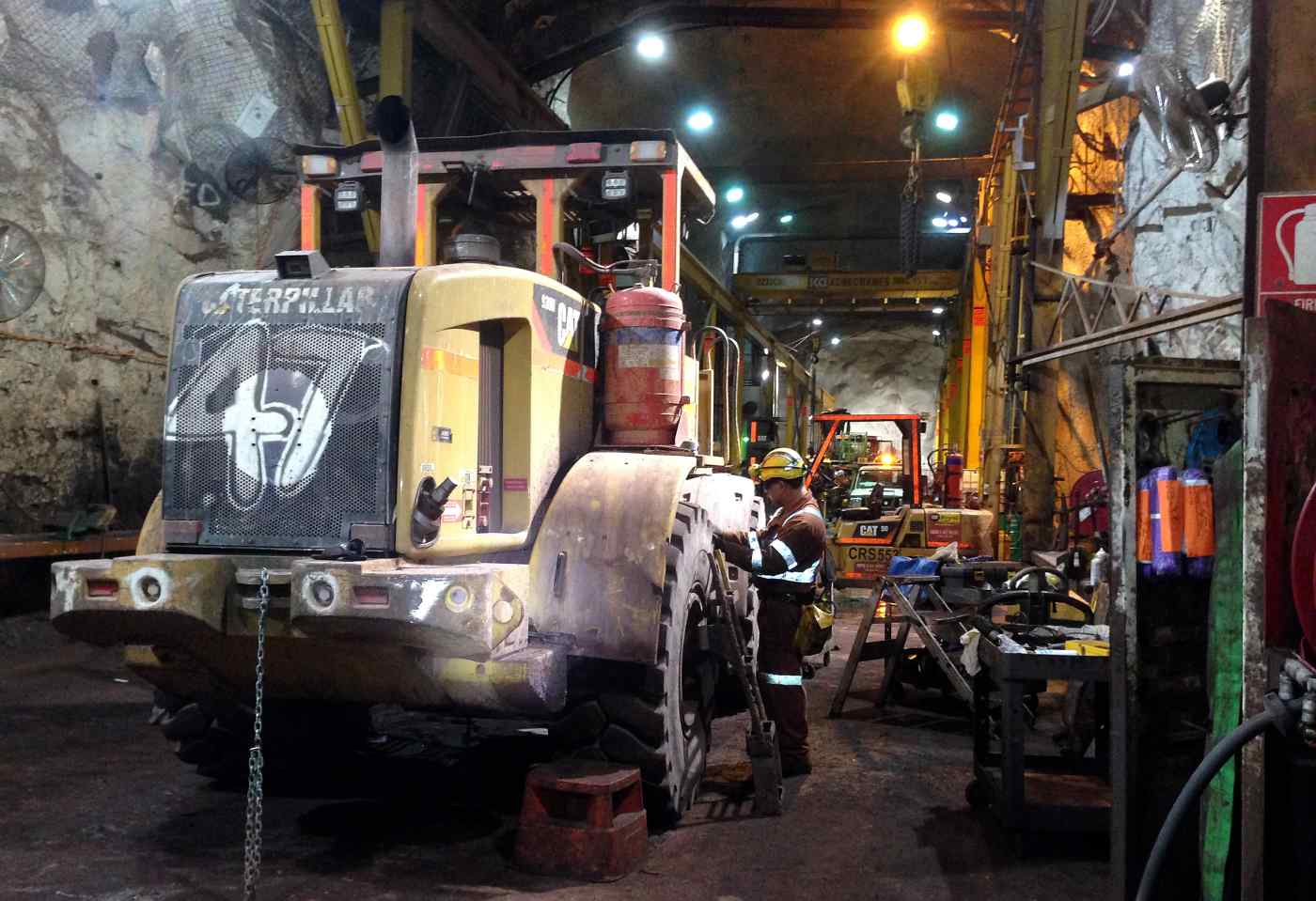 Mackenzie said that the tariffs of 25% on steel imports and 10% on aluminum that took effect Friday are themselves "not major perturbations to the world economy," given all the exemptions being made to major U.S. trading partners such as the European Union, Canada, Mexico and South Korea.

He also noted that the U.S. is not the destination for much of the steel produced in Asia using BHP's raw materials, and therefore any direct impact will be small.

"The bigger risk is that these conversations trigger an even more aggressive discussion about trade between the major economies of the world," leading to less free trade and lower economic growth, Mackenzie said in an interview with the Nikkei Asian Review on Thursday.

He stressed, however, that the risk of such a scenario materializing were low and voiced hopes that diplomacy and negotiation will contain the risk. 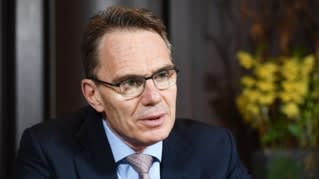 Andrew Mackenzie, CEO of BHP Billiton, speaks to the Nikkei Asian Review in Tokyo on Thursday. (Photo by Hiroyuki Kobayashi)

BHP and Rio Tinto, also Anglo-Australian, are two of the world's largest natural resource developers. BHP relies on China for about half its sales, and stands to lose if a trade war breaks out between the U.S. and China.

On Thursday, Trump announced that the U.S. will impose tariffs on $60 billion in imports from China and restrict technology transfers and acquisitions by Chinese companies, in a move that ramped up the bilateral trade tensions.

In response, China announced plans for tariffs against $3 billion worth of U.S. imports.

The latest flare-up of trade tensions is another challenge to the resources industry, which has suffered from weaker commodity prices since around 2014, a period that coincided with financial turbulence in China. During the period, capital outflows started in earnest, while large corporations began suffering from excessive debts accumulated through aggressive overseas acquisitions. 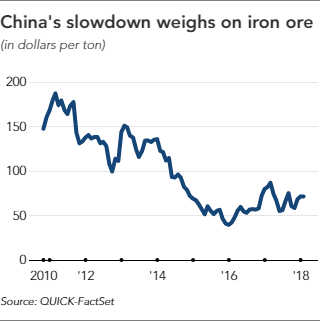 The slowdown in China has sent commodity prices sharply lower. The price of iron ore, for instance, has dropped by half to around $70 per metric ton. Mackenzie says that current iron ore and coal prices are "somewhat above mid-cycle," and there are more long-term risks on the downside.

But China remains a major underpinning for demand for iron ore, as the country plans to invest across Eurasia to build transport and energy networks and connect China to the rest of the Eurasian market. There are hopes that the project, called the Belt and Road Initiative, will boost the resources industry.

"If done well, the Belt and Road Initiative will help the economic development of ASEAN and Eurasia, which will improve economic growth and living standards in the world. That will in turn increase demand for our products," Mackenzie said.

Unlike Trump, Chinese President Xi Jinping is also expected to provide some much-needed predictability for commodity demand. Xi has just cemented his supremacy within the Chinese Communist party by promoting his proteges and allies as his deputies in a leadership reshuffle. The country's national legislature voted this month to scrap presidential term limits, opening the way for Xi's indefinite rule. The US can't be walled off from Chinese tech companies

His thinking is that the concentration of power will make it easier for China to execute policies and achieve its goal of placing China in the front rank of nations.

"We always welcome the stability that comes from the current authors of the policy being given some longer-term say over the direction of China," Mackenzie said. "It removes parallel, and sometimes conflicting, bureaucratic pathways within the Chinese administration," leading to quicker decision making, more effective economic growth and greater clarity in foreign policy, Mackenzie added.

But Mackenzie voiced some reservations about China going in a different direction from liberal democracies such as Australia, the U.S. and Japan.

"BHP was created and has flourished in liberal democracies," he said. "I have also learned to be humble and to recognize that there may be other ways to be successful, which is why, given their success to date, I watch the Chinese people's choice with interest."