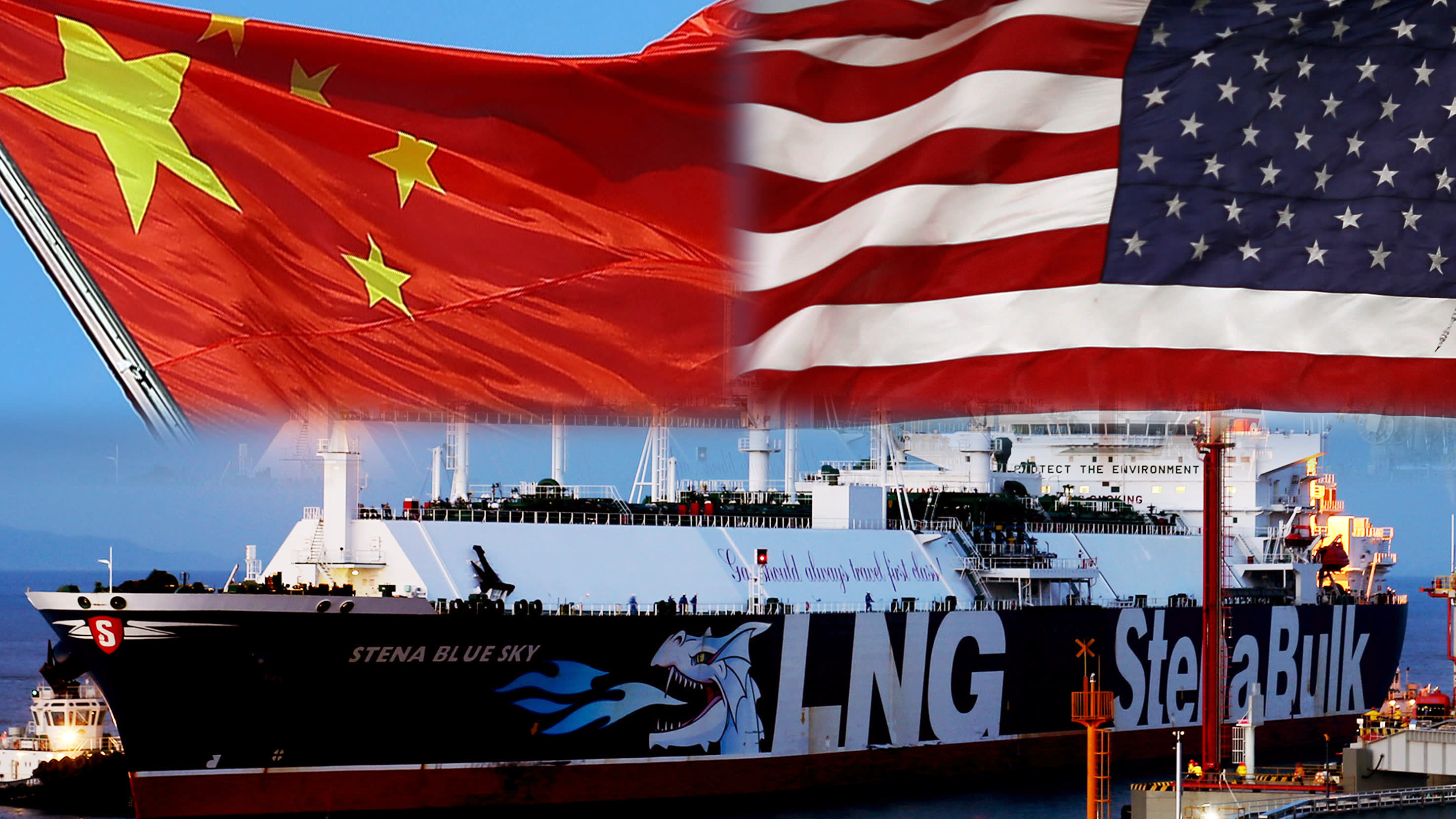 China is upping the ante in its trade war with the U.S. by raising punitive tariffs on American products, including liquefied natural gas, by as much as 25%. (Nikkei montage/Reuters)
ISSAKU HARADA, Nikkei staff writerMay 31, 2019 18:21 JSTUpdated on June 1, 2019 07:37 JST | China
CopyCopied

BEIJING -- China on Friday said that it will soon publish its own "Entity List" which comprises foreign companies, groups and individuals that hurt Chinese business interests, as Beijing and Washington continue to trade barbs in their protracted trade war.

The list of "unreliable" entities will target foreign entities who violate market rules and the spirit of contracts, as well as those who cut their supply to Chinese companies for nonbusiness reasons, according to the announcement by the Chinese Commerce Ministry. Further details will be released soon, the ministry said.

The announcement came one day before China's retaliatory tariffs on $60 billion worth of U.S. goods kicked up to as high as 25%. On Saturday, the U.S. side will also lift exemptions on furniture and electronic appliances and levy the full 25% tariff, further intensifying the trade war between the world's two largest economies.

China's "unreliable entity" list is a response to the U.S. Department of Commerce's decision in May to add Huawei Technologies and 68 of its affiliates to the Bureau of Industry and Security's Entity List on the grounds that the Chinese company had acted contrary to U.S. national security or foreign policy interests.

The designation forces Huawei suppliers to apply for licenses to keep selling to the Chinese company. The suppliers should assume the license application will be denied.

Washington's move has forced even non-U.S. Huawei suppliers such as Japan's Panasonic and U.K.-based chipmaker Arm, to partly, suspend business with the Chinese company. This now leaves them vulnerable to being targeted by China's blacklist.

Actors on Beijing's list are expected to face restrictions when trading with Chinese companies. They could be banned from importing Chinese rare-earth metals, for example.

But Chinese supply chains would also take a hit if blacklisted companies turn elsewhere to plug that hole. China is expected to carefully weigh potential effects on its economy as it select entities to place on the list.

"The symbolism of announcing this and ... hitting back is what motivated the Chinese" to announce such a move, said Wendy Cutler, vice president at the Asia Society Policy Institute and a former U.S. trade negotiator.

"It seems like they are looking for a proportional response," Cutler said. But real effects of the blacklist remain uncertain: "If they administer this in a sweeping manner or in a very limited manner -- unclear at this point."

The new developments complicate "the ability for both sides to get back to the negotiating table," Cutler said. "There was already a list of outstanding issues that both sides needed to resolve, and with each passing day the list is getting longer and longer. That makes it difficult to see how the talks could be resumed and concluded."

China imposed additional 5% and 10% tariffs on 5,207 U.S. items in September. The additional tariffs apply to all of the same items except 67, with the exceptions including automobile parts.

For the U.S., the most painful tariff hike is expected to be the 25% levy on LNG, a product the Trump administration has been keen to expand exports of.

When Beijing imposed a 10% tariff in September, U.S. exports of LNG to China dropped roughly 80% in the following six months. China has been actively seeking new sources of gas, from places like Nigeria and Russia, and the 25% duty is expected to accelerate this trend.

China's punitive tariffs are in response to the U.S. raising tariffs on $200 billion worth of Chinese imports, including furniture and home appliances, from 10% to 25%, on May 10.

The U.S. has deferred applying the 25% rate to some Chinese goods already at sea by May 9. But the rate will apply to all Chinese goods arriving in the U.S. on and after Saturday.