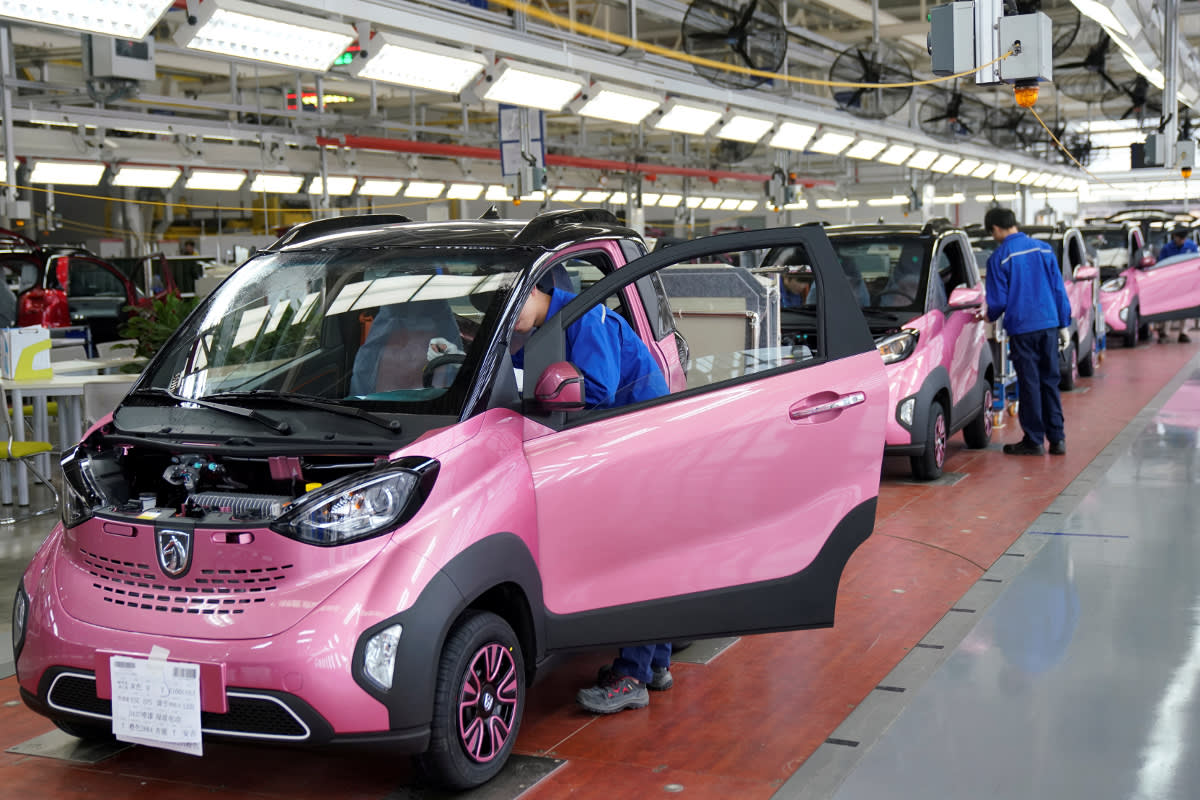 BEIJING -- China will subsidize new-car purchases and trade-ins as part of a raft of measures announced Tuesday to revitalize consumption, seeking to mitigate the impact of an economic slump and the U.S. trade war.

The policy package announced by the National Development and Reform Commission, which steers the Chinese economy, centers on monetary incentives for trading in vehicles compliant with older emissions regulations and compact vehicles popular in rural areas. It also includes lower taxes on used-car transactions, as well as subsidies for upgrading appliances like TVs and refrigerators.

With the economic slowdown making people more hesitant to buy big-ticket items, the government in Beijing is scrambling to offer incentives. A goal is restoring growth in the new-car market -- the world's largest -- which suffered its first downturn in 28 years in 2018.

"Automobiles are a pillar of Chinese consumption. We want to both encourage consumption and raise the technical level of the industry," an NDRC official said Tuesday.

The decline in new-car sales was partly due to the absence of the demand boost at the end of 2017 when customers rushed to buy cars before a tax break expired. Now, Beijing aims to revive such consumption-driving measures.

The plan will subsidize trade-ins of cars that conform to 2007 emission regulations as well as replacements of cars with engines of 1.6 liters or smaller in rural areas. The value-added tax for used-car purchases by businesses will also be cut to 2% from 3%.

Subsidies for purchasing high-performance electric and other eco-friendly vehicles will be expanded, and restrictions on city driving will be eased for popular pickup trucks. How much Beijing will spend on the package was not disclosed, but brokerage Southwest Securities estimates that volume sales of new cars will rise 2% this year thanks to the package, better than the flat sales expected by industry groups.

The government will also subsidize purchases and trade-ins of energy-efficient and digital-ready appliances, as well as high-resolution 4K TVs. This includes refrigerators, washing machines, air conditioners and computers, with hopes of increasing consumption by 700 billion yuan ($104 billion) over the three years through 2021.

The new subsidies "will probably lead to a sales boost for General Motors, which offers many compact cars, and for state-owned manufacturers like China Changan Automobile Group," said an auto analyst based overseas. They will likely also provide a tailwind for Japanese automakers such as Toyota Motor that offer wide product lineups in China.

Unit sales for GM and compatriot Ford Motor fell by double digits in China last year as the overall market shrank. But in 2019, sales of eco-friendly cars are expected to grow to 1.5 million units or more, up from 1.25 million in 2018, due in part to regulations taking effect this year that require such vehicles to make up a certain proportion of automakers' output.