Will 'Trump lite' work? Critics call for a 'rest of the world' strategy that ignores China 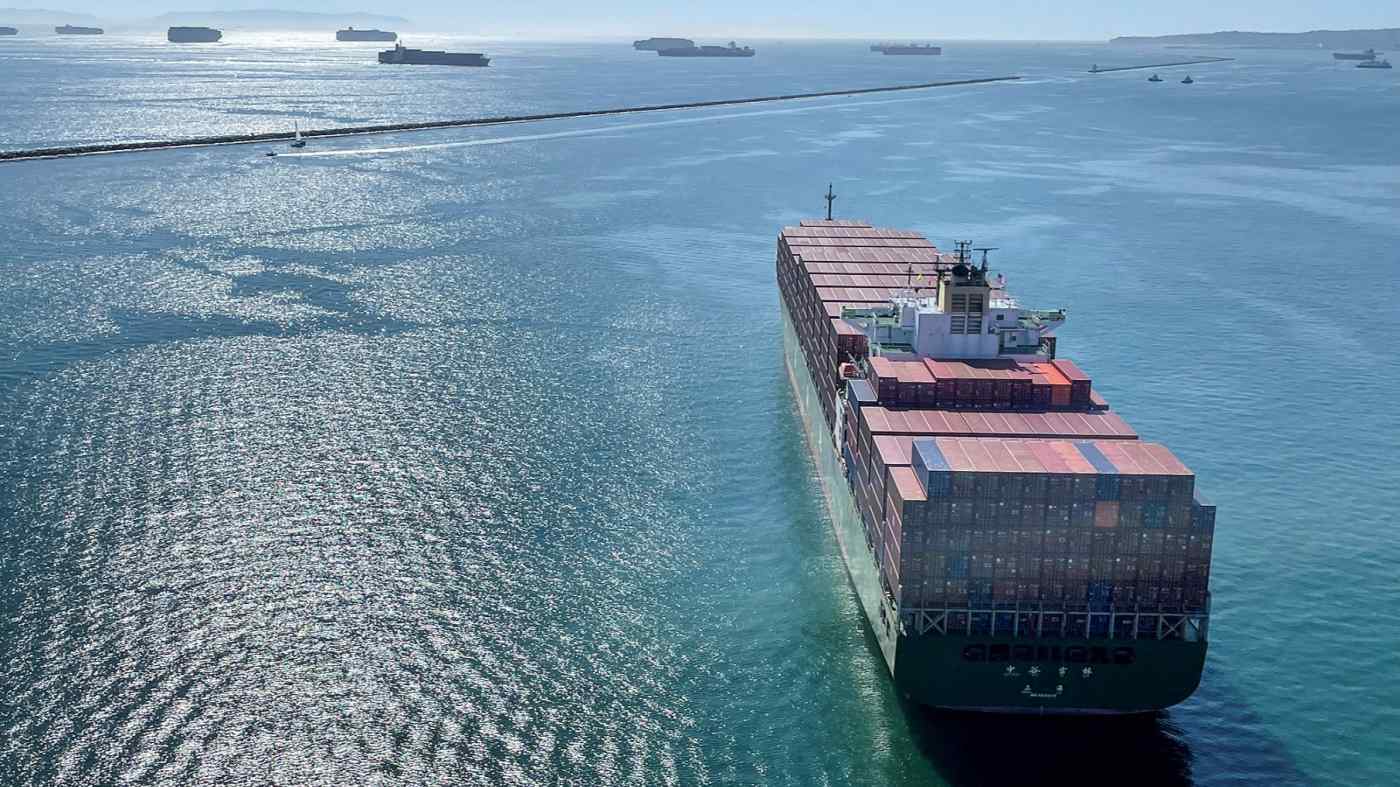 Tai also said the administration is not looking to "inflame trade tensions with China." The messaging -- that perhaps a quieter approach to discussing trade issues would be better -- has been received well by her Chinese counterparts.

But analysts in Washington struggle to grasp just what the Biden-Tai trade policy is, labeling it "Trump lite" for the tariffs and sanctions imposed by then-President Donald Trump that have remained firmly in place. Some analysts have called on the White House to abandon its obsession with trying to change Chinese trade practices and instead pursue an "all others" strategy that would see it deal primarily with like-minded countries willing to play by the same rules.

Qin Gang, the new Chinese ambassador to the U.S., signaled Friday in a Phoenix TV interview that the Chinese side was listening carefully to Tai's remarks.

"I have noted that Ambassador Tai mentioned that the U.S. is now seeking to recouple with China, which has some positivity in it," he said. "The two sides can sit down and sort out the areas of decoupling and how to get them recoupled." Qin Gang, China's new ambassador to the U.S., is interviewed by Phoenix TV in Washington on Oct. 8. (Photo courtesy of the Chinese Embassy)

The word "recoupling" came up in Tai's Q&A session at the event hosted by the Washington-based Center for Strategic and International Studies think tank on Oct. 4.

"I know there's a lot of talk about decoupling," she said, when asked if the administration was pursuing such a path.

"I don't think that's a realistic outcome in terms of our global economy," Tai said of concerns over the whether the U.S. and China need to stop trading with each other altogether, before adding: "I think that the issue perhaps is, what are the goals we're looking for in a kind of recoupling? How can we have a trade relationship with China where we are occupying strong and robust positions within the supply chain and that there is a trade that's happening as opposed to a dependency?"

"Recouple" was used months earlier by Peking University international studies professor Wang Dong in a Foreign Affairs article this April where he argued: "Instead of pursuing a damaging, complete decoupling of the two economies, Washington and Beijing might be able to relink or recouple their economies on a new basis of reciprocity."

Tai's use of the term seemed to signal to Beijing that Washington was listening. But she was careful not to say the word in the speech itself so as not to make it sound like official U.S. policy.

After the event, Tai tweeted in Chinese about the speech, linking to her prepared remarks.

Decoupling has been a major concern for the Chinese side. Even as it engaged in a war of words with the U.S., the thought of companies leaving China to establish separate supply chains has been troubling for Beijing.

In a CSIS webinar the day after Tai's speech, two Chinese scholars expressed relief that the trade representative had pushed back against the notion of decoupling.

"My impression is positive to her remarks and her statements, especially [that] she does not support decoupling," said Tu Xinquan, dean of the China Institute for WTO Studies at the University of International Business and Economics. "It's a very great concern for China," he said.

Tai used terms like "durable coexistence" and "recouple," Tu said. "These words are kind of new, but basically I think they are positive for the U.S.-China trade relationship," he said.

But Edward Alden, a visiting professor at Western Washington University and a senior fellow at the Council on Foreign Relations, wrote in Foreign Policy that the Biden administration's long-awaited trade policy review was underwhelming.

"It's hard to know what U.S. officials spent all that time talking about; the product is less a policy or a strategy than a shrug -- they're not really sure what to do about China," he wrote.

"The Biden administration will struggle to move forward on trade unless it changes the definition of success," Alden argued. "It should stop trying to change China and instead pursue trade and economic policies that work better for the United States and for the rest of the world."

"Instead of trying to build a trade policy to counter unfair competition from China, the Biden administration should pursue an 'all others' strategy that, in Tai's phrase, 'enables healthy competition,'" he wrote. "That would offer trading partners something more than the stark choice Trump offered them between dealing with an American bully and dealing with a Chinese bully, and it could help change the domestic political conversation over trade in the United States." Alden told Nikkei Asia that "the rest of the world" should work to revitalize the World Trade Organization. "A lot of the 'rest of the world' would still be happy to operate under the WTO system as much as possible," he said, while the WTO could be supplemented by various regional arrangements such as the Comprehensive and Progressive Agreement for Trans-Pacific Partnership and the Regional Comprehensive Economic Partnership.

Another aspect to consider is how high trade ranks among Biden's priorities. In an editorial titled "Biden's Trade Strategy That Isn't," The Wall Street Journal slammed the administration's lack of detail in pursuing its trade policy and criticized Tai's "diplomatic mush" over whether or not the U.S. will rejoin the CPTPP.

"All of this reveals an administration that doesn't appear to have a strategy to deal with China beyond talking tough," it said.

"One explanation may be that the administration's main -- only -- priority with China is gaining a pledge to reduce carbon dioxide emissions before the climate confab in Glasgow next month," the editorial said.