Canada to press allies on bid to free detainees in China

'We continue to be in discussion with China' says Freeland 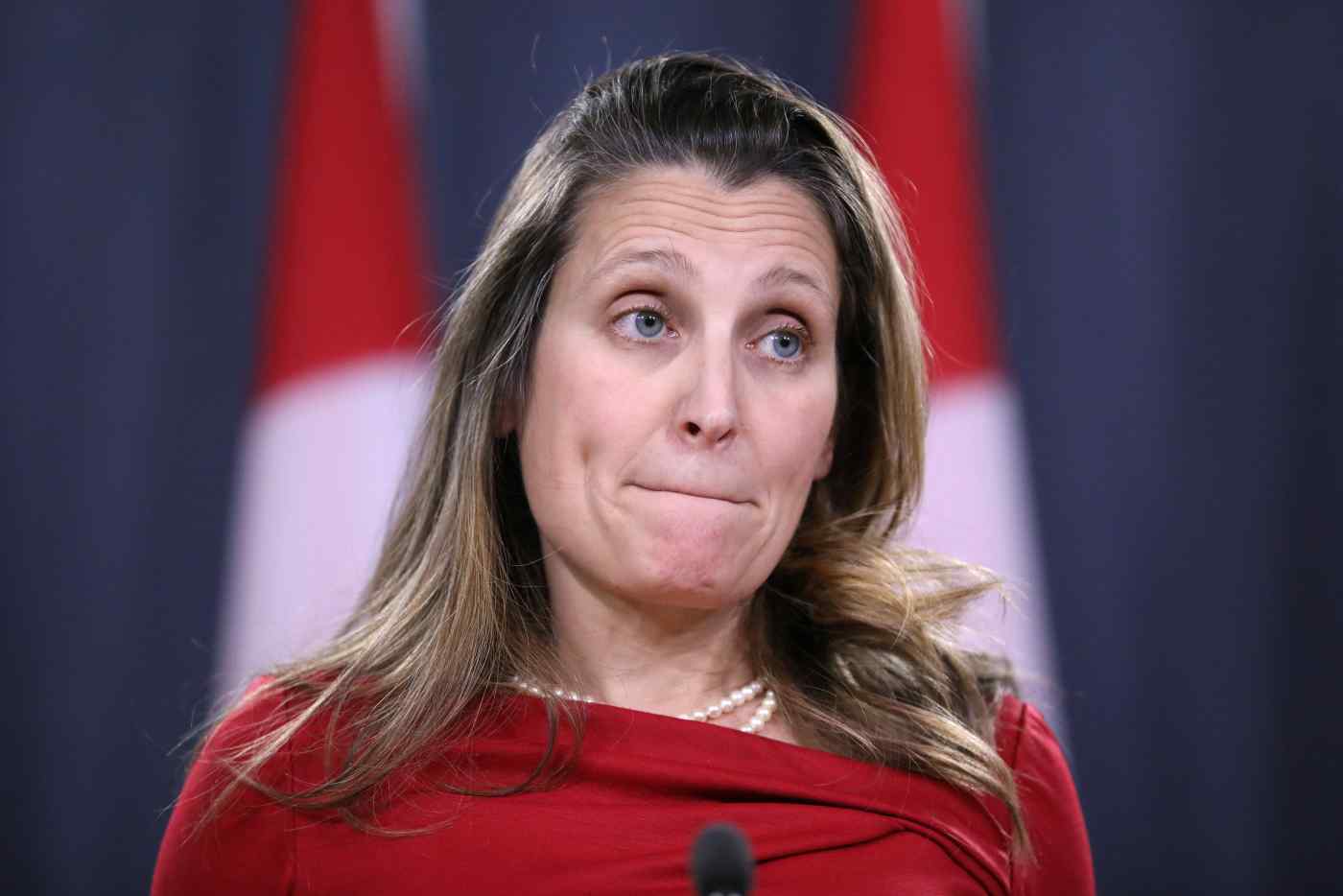 Freeland spoke a day after the United States joined Canada in calling on Beijing to release the pair, who were held after Canadian authorities arrested a senior Chinese executive on a U.S. extradition warrant.

"I will continue in the coming days, along with Canada's ambassadors around the world, to be speaking with foreign counterparts about this issue," Freeland told reporters on a conference call.

"Our ambassadors ... will be speaking directly in an organized effort with their counterparts."

As well as the United States, Britain and the European Union have also expressed support for Canada.

Freeland said Chinese authorities had not drawn a direct connection between the detention of the two men and Canada's move to arrest Huawei Technologies Co Ltd's chief financial officer, Meng Wanzhou, on Dec. 1.

Canadian analysts and former diplomats said they have no doubt the cases are linked.

"One point we have been raising with our allies ... is the concern about the worrying precedent that the arbitrary detention of these two Canadians sets. That's a point that has really resonated," said Freeland.

Sources have told Reuters that Michael Kovrig, one of the two men, was not allowed to see a lawyer. He is being questioned every morning, afternoon and evening and is not allowed to turn the lights off at night.

Freeland said she had raised the conditions of the two men's detention when she spoke to China's ambassador to Canada on Friday but did not give details of the conversation.

"We continue to be in discussion with China ... this is clearly a difficult moment in our relationship with China, it's important to keep on talking and raising the issues directly with them," she said.

The Chinese embassy in Ottawa did not immediately respond to a request for comment.