Canton Fair dimmed by shadow of trade war, despite truce

Chinese manufacturers search for prospects beyond US 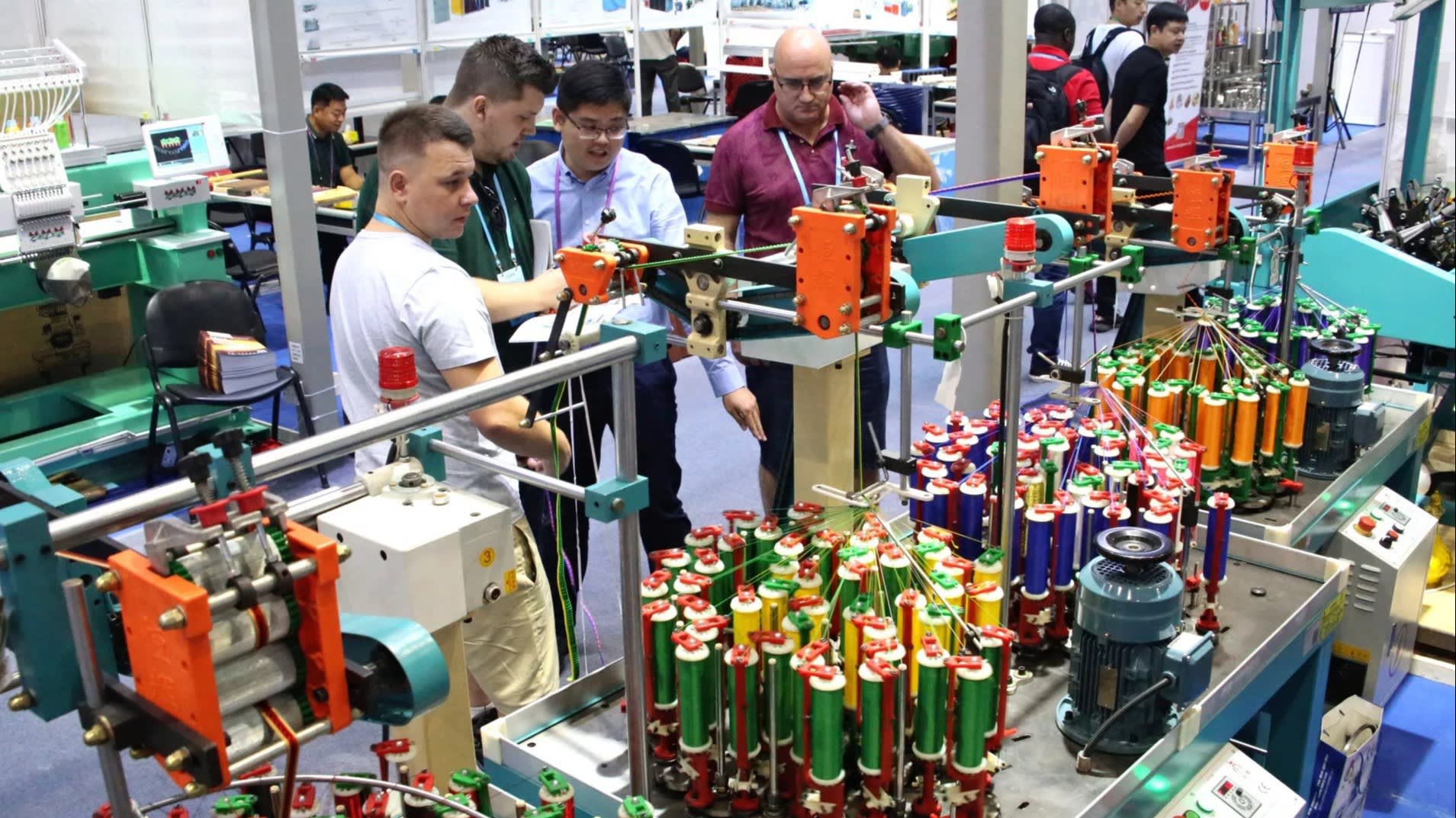 Buyers from around the world gather twice a year for the Canton Fair, which opened on Oct. 15 in Guangzhou. (Photo by Yusuke Hinata)
YUSUKE HINATA, Nikkei staff writerOctober 16, 2019 01:39 JST | China
CopyCopied

GUANGZHOU -- Manufacturers attending China's biggest trade show are glum about the economic standoff between Washington and Beijing, as the tariff fight saps sales and forces them to look elsewhere for opportunities.

The Canton Fair, which opened Tuesday, draws 200,000 buyers from 200 countries and territories to strike purchasing contracts with Chinese manufacturers. This fall's edition of the fair comes after the World Trade Organization slashed its growth forecast for global trade this year.

Though the U.S. and China have reached a truce in their tariff war, the damage has already been done for some attendants.

A metalworking equipment maker based in coastal Shandong Province saw sales to American customers plunge after its products were covered by last year's initial round of punitive U.S. tariffs on Chinese-made goods. The company foots one-third of the added cost for buyers, a sales representative said.

"Customers won't come back unless we bear part of the tariffs," the representative said.

A Shandong maker of precision machine tools for the automotive industry said the trade war has soured the business environment. Though the U.S. market makes up less than 1% of its sales, the company has witnessed a decline in capital spending among Chinese and foreign manufacturers.

A Fujian Province company that supplies security system transceivers for ski resorts and housing projects has not suffered much, but it has turned bearish on the American market.

"Given the fears around Chinese telecom equipment, it will be hard to expand our business further in the U.S.," a representative said, adding that the company will focus on other markets, including countries participating in Beijing's Belt and Road Initiative for building infrastructure.

The Canton Fair, formally known as the China Import and Export Fair, is held every spring and fall. Typical years bring around $30 billion in contract signings at each event, but the past two fairs have slumped below year-earlier levels. This fall's event concludes Nov. 4.

Chinese exports edged down 0.1% on the year in the nine months through September, with a 10.7% drop in U.S.-bound exports, customs data shows.