Casualties mount on both sides of Pacific trade war

US soybean farmers and Chinese Tesla dealerships among losers so far 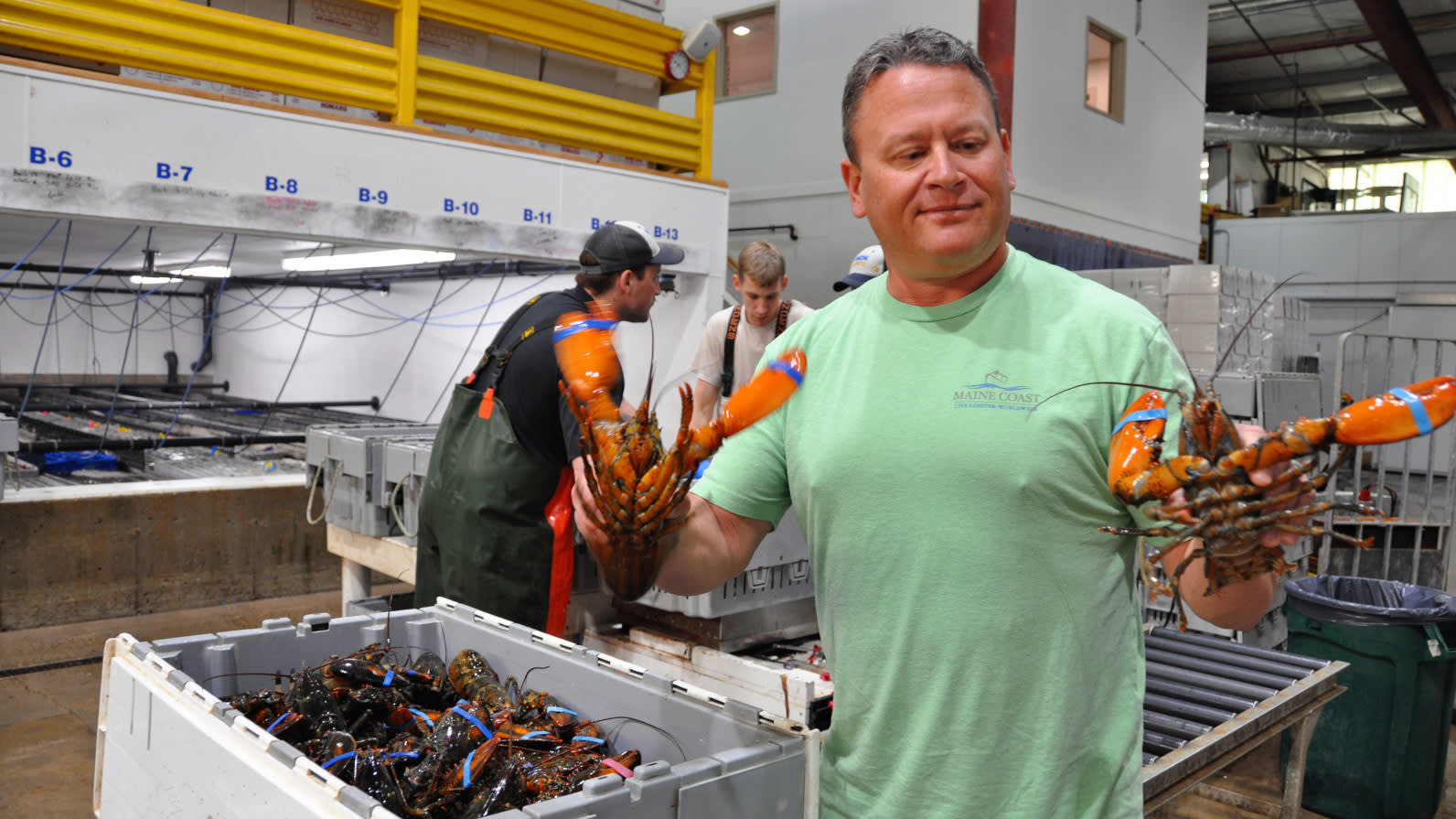 SHANGHAI -- More than a week has passed since the U.S. and China fired the opening shots in what is turning out to be an escalating trade war that has yet to produce any visible winners in either of the world's two biggest markets.

When President Donald Trump's White House initiated 25% tariffs on $34 billion worth of Chinese goods on July 6, China immediately retaliated with a 25% duty on $34 billion of U.S. imports.

Among the items targeted by Beijing are Tesla Motor's electric autos, which are prized items on the mainland. Two days after the tariffs were implemented, a crowd of customers worried about larger sticker prices stormed a Tesla dealership in central Shanghai.

"Once the present inventory is depleted, we will immediately raise the price," said a sales manager. The popular Model S is due to sell by the end of this month, at which point the price will go up about 140,000 yuan ($20,900). "If you don't reserve one now, you will lose out," said the dealer.

Because CEO Elon Musk has yet to build his planned assembly plant in Shanghai, all Tesla vehicles are American imports. Last year, the automaker sold about 15,000 units in China, but the tariffs will likely dent that performance. One person at the Shanghai dealership was worried that the business will hardly sell any vehicles imported past July 6. 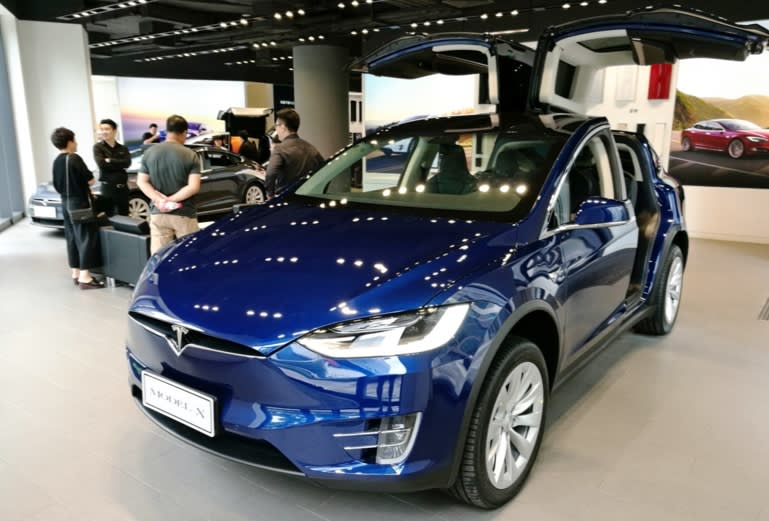 A Tesla showroom in Shanghai. The tariff war has taken a direct hit on prices. (Photo by Yu Nakamura)

On top of that, the trade war will be asymmetrical. While the U.S. imported roughly $500 billion worth of Chinese goods in 2017, China only took in about $130 billion. Even one round of tit-for-tat tariffs will paralyze exports in both directions. The first casualty of that phenomenon is the interruption of U.S. exports to China.

Tom Adams, founder and CEO of Maine Coast, a lobster distributor in the U.S. East Coast state, will never forget the moment when China authorized tariffs on the seafood on June 16. "I was at home, and it was a blow in the first day," he said

Thanks to China's burgeoning middle class, Maine Coast enjoyed Chinese demand that rose between 20% and 30% annually. The company had just finished a $1.5 million plant expansion when the good times came to an abrupt halt.

"July 1 was when [Chinese] customers started holding off buying from us. Completely ceased," said Adams. The company has set lofty sales projections and "a big part of that growth expectation is China," he added.

The U.S. is China's second-biggest source of soybeans at 34% of the imports, after Brazil, which ships 53%. The staple is used to make cooking oil and seasoning, and soybean meal is found in pig feed. Now the tariffs have taken the bottom out of U.S. soybean prices, delivering a gut punch to farmers like Tim Bardole. He was already $100,000 in the red last year due to a yearslong slump in cereal prices, and the current predicament has driven him into a corner.

"I'm not sure if I can get a loan from the bank to finance our next year's crop," said Bardole.

In China, there are signs that the country is having a difficult time filling the hole left by the U.S. The local government serving the northeast city of Changchun issued a notice in late April announcing lavish subsidies for farmers who grow more soybeans.

But a visit to a village outside of Changchun last month revealed sprawling fields of corn and hardly any soybean to be seen. "We already planted corn when the notice came, so there was no time" to switch to soybeans, said a farmer.

China could expand soybean imports from Brazil or Russia, but even those options would not be enough. At the end of the day, the Chinese will have to meet demand with U.S. soybeans with the tariffs in place, and pass the extra costs to consumers.

The price hikes will hurt ordinary citizens -- something the one-party state seems to recognize. A state media outlet went as far as to say Chinese will "gladly" accept a temporary setback, which sparked online "flaming" of government officials on China's highly regulated internet. 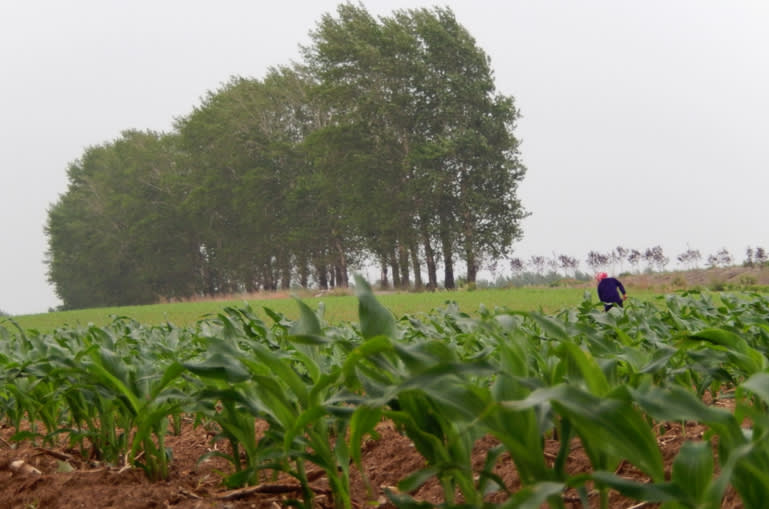 A farm in Changchun, of China's Jilin Province. The government instructed farmers to grow soybeans, but most had already planted corn. (Photo by Issaku Harada)

The trade war has grim implications for Chinese employees as well, since the country sits in the middle of the global supply chain. Components and intermediates from Japan, South Korea and elsewhere are pieced together at the "world's factory," which ships out end products to America.

The Trump administration provided a sneak preview of what could come when it imposed emergency tariffs on solar panel imports in January. The impact rippled through China's coastal Jiangsu Province, suspending operations or lowering capacity utilization at a number of solar-power companies concentrated there.

In Zhongshan, a city in the south, a mid-tier industrial machinery manufacturer was pressed by U.S. clients to ship all the inventory on hand before the tariffs kicked off on June 6. "I wonder what we'll do from here on out," said an executive.

After being slapped with a U.S. import ban in April, ZTE was left unable to produce smartphones and telecommunications equipment, which nearly drove it out of business. Other manufacturers on both sides of the Pacific are bracing for similar cutoffs to the supply chain.

Of course, U.S. consumers will not be immune. The White House announced Tuesday it is preparing a 10% levy on $200 billion worth of additional Chinese goods, which could go into force in September. Included on the blacklist are daily consumables, and a jump in prices could depress U.S. consumption.

According to a study published in May that was commissioned by the Consumer Technology Association and the National Retail Federation, a then-proposed tariff on $50 billion worth of Chinese imports would cost 134,000 Americans jobs. "Protection is not good for anybody," said Wayne Fredericks, a soybean farmer in Iowa.