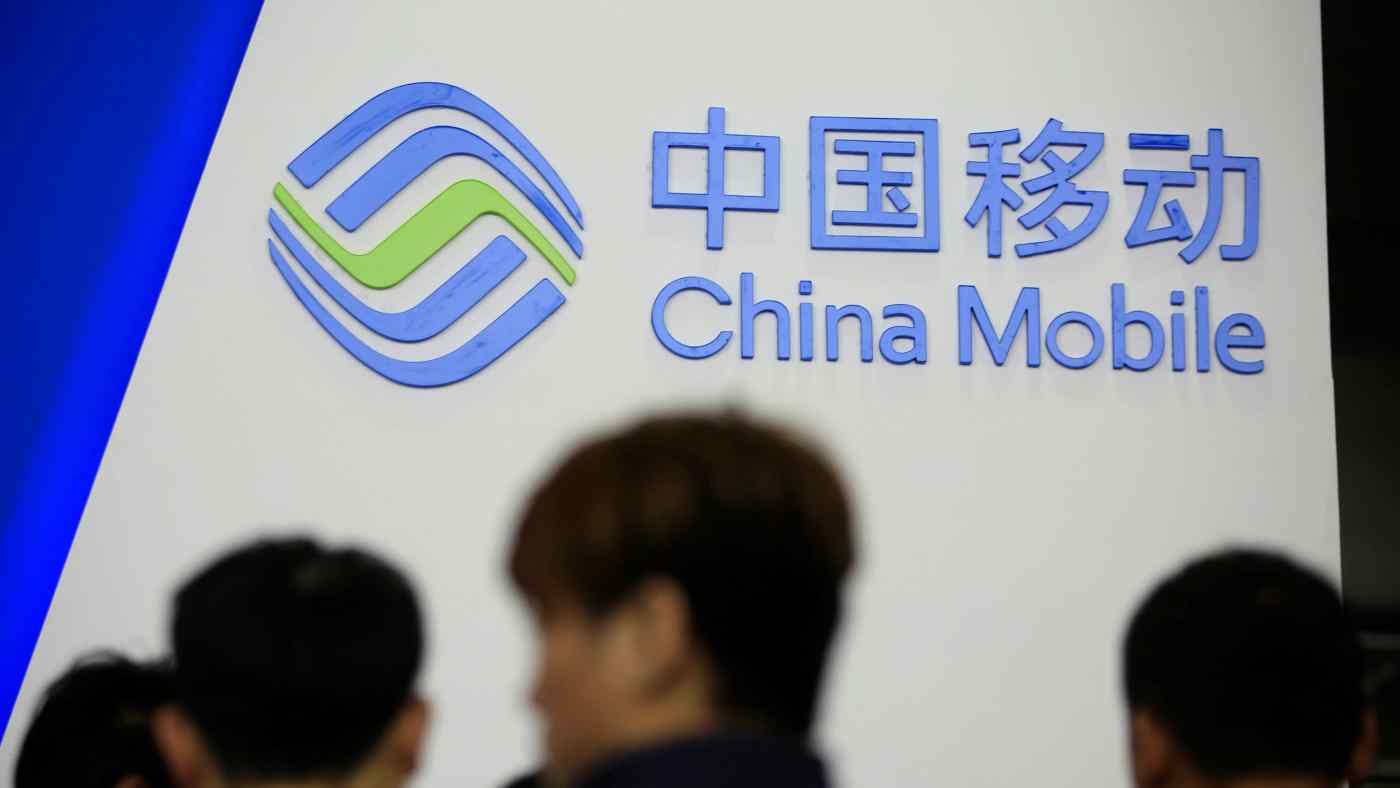 WASHINGTON/SHANGHAI -- China Mobile looks likely to join a growing list of Chinese businesses blackballed in the U.S. as a national security risk.

Washington has already tightened the screws on telecom equipment suppliers Huawei Technologies and ZTE, fearing that allowing the Chinese companies access to U.S. networks would raise the risk of espionage and cyberattacks. Now China Mobile finds itself in the crosshairs, too.

When the company, the world's largest telecommunications carrier by subscribers, sought approval to operate in the U.S. in 2011, it said it wanted to offer dedicated international voice connections as well as internet services to Chinese enterprises operating there.

China Mobile's intentions, it seems, were never taken by U.S. authorities at face value. After a lengthy review, Ajit Pai, chairman of the U.S. Federal Communications Commission, on Wednesday aired his opposition to the carrier's entry, finding that the company is "vulnerable to exploitation, influence and control by the Chinese government."

Pai recommended that regulators reject the application, citing "substantial and serious national security and law enforcement risks" posed by the telecom. The full commission votes on the issue on May 9.

In past decisions, the FCC has allowed the likes of Japan's SoftBank Group and other foreign operators into the American telecom market, seeing it as promoting healthy competition. This is the first time the panel's chair raised national security concerns in dismissing an overseas application.

U.S. authorities have made little effort to mask the campaign targeting the Chinese business community. A senior FCC official said concerns raised about China Mobile apply to all Chinese state-owned companies, adding that private firms also could merit the same level of scrutiny.

China Mobile, which is directly controlled by the government, has access to data from around 1 billion subscribers. The telecom is believed to operate its business in concert with the one-party state. China Mobile is central to the Politburo's 5G ambitions, and the company is collaborating with Huawei.

China Mobile is legally obligated to turn over data if Beijing so requests, a senior FCC official said. This official alleged that the company's real motives are to collect intelligence in the U.S. and inflict harm, such as through widespread network disruptions if tensions between Washington and Beijing boil over. Pai's actions are thought to reflect the White House's objectives, as he is known as an inveterate China hawk and a staunch supporter of President Donald Trump.

In October, semiconductor maker JHICC was placed on a list of suspected national security threats, meaning the company faced restrictions on importing equipment from the U.S. Earlier this year, the Justice Department unsealed a pair of indictments against Huawei and its executives, alleging corporate espionage and sanctions violations.

It recently came out that the Committee on Foreign Investment in the United States, the body in charge of reviewing inbound acquisitions, has essentially ordered Beijing Kunlun Tech to offload the popular gay dating app Grindr due to data privacy concerns.

However, this pressure campaign could invite blowback from Beijing against American companies.

"China could employ its cybersecurity legislation to block U.S. companies operating within the borders from taking results of artificial intelligence research outside the country," said Tatsuya Kurosaka, an associate professor at Tokyo's Keio University. The tit-for-tat reprisals also risk extending the trade war and harming both nation's economies.