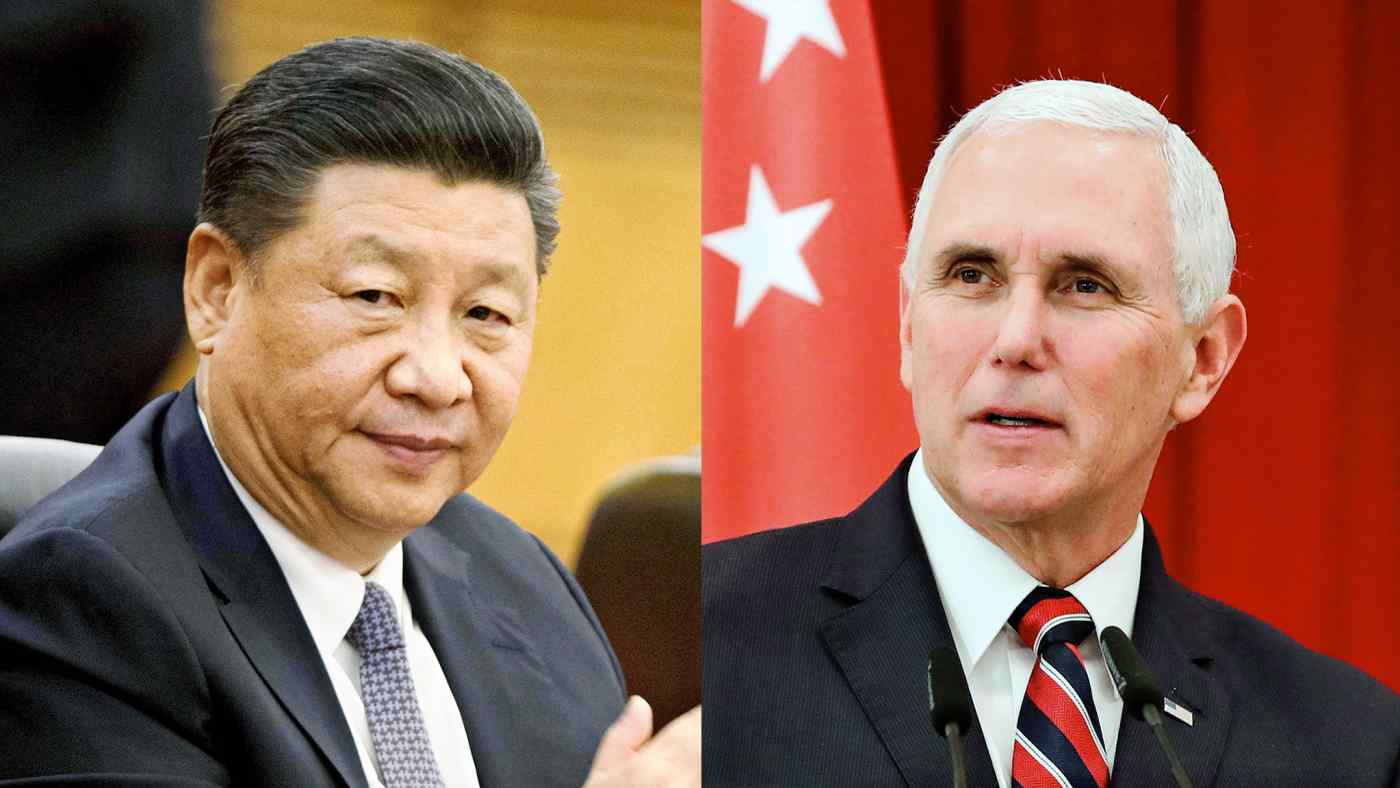 Chinese President Xi Jinping warned that the U.S. is leading the world into a trade fracas from which no one can emerge the winner, while U.S. Vice President Mike Pence told leaders of APEC countries to be wary of infrastructure projects coming from an authoritarian regime.   © Reuters
WATARU SUZUKI, MASAYUKI YUDA and CLIFF VENZON, Nikkei staff writersNovember 17, 2018 14:08 JSTUpdated on November 17, 2018 18:36 JST | North America
CopyCopied

PORT MORESBY -- Chinese President Xi Jinping and U.S. Vice President Mike Pence on Saturday traded barbs in speeches at a summit of world leaders, with Xi criticizing U.S. protectionism and Pence saying the U.S. will not back down on tariffs while Beijing engages in "forced technology transfers" and "intellectual property theft."

"Global growth is shadowed by protectionism and unilateralism," Xi said at the Asia-Pacific Economic Cooperation CEO Summit, aboard a cruise ship in the harbor of Papua New Guinea's capital. "History has shown that confrontation, whether in the form of a cold war, hot war, or trade war will produce no winners."